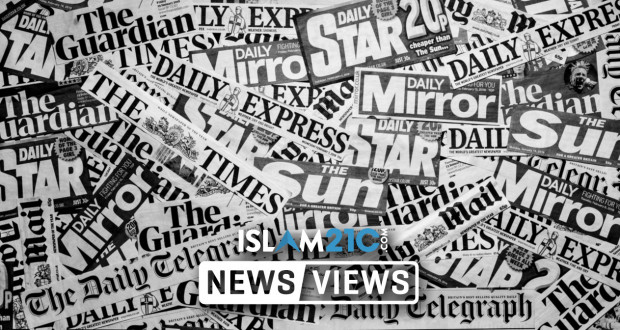 Earlier this week, the ranking firm NewsGuard awarded the popular British Muslim news website 5Pillars a prestigious top spot for consistently producing credible and trustworthy news reports. The rating comes as big players in the journalism industry, including Qatar’s Al Jazeera, the London-based Middle East Eye, as well as The Daily Mail, Vice.com, and The Express, all found themselves trailing behind 5Pillars. [1]

5Pillars – which is led by the veteran Sri Lankan-Welsh journalist Roshan Muhammed Salih as editor, and the British-Bangladeshi journalist (and Islam21c author) Dilly Hussain as deputy editor – has been a stalwart in being an authentic and reliable source of news for the Muslim world for the past eight years. [2]

Shortly after the ranking was released, Salih argued via Twitter that people should respect and view 5Pillars as a news website and cease referring to it as a “blog”:

“Isn’t it about time people stopped calling 5Pillars a blog? We are a news website that is regulated and which has a credibility score which is higher or the same as most national media publications.” [3]

NewsGuard, the US-based tech and journalism company (founded in 2018) behind the scoreboard, concluded that the 5Pillars platform “generally maintains basic standards of credibility and transparency.” [3] NewsGuard is known as one of the journalism industry’s most trusted voices, offering smartphone apps as well as browser extensions designed to protect users against the rise of fake news. [4]

Based on a nine-point scoring system, the Muslim news site received praise on eight counts, receiving 87.5/100, well in excess of the 60 points required in order to pass. It achieved this by avoiding the use of misleading headlines, clearly disclosing ownership of the site, and revealing who is in control of the organisation, amongst other stringent criteria. [4] [5]

In comparison, Al Jazeera scored a respectable 82.5/100, with The Sun receiving a ranking of 72/100, identical in score to The Daily Star and The Express. [6]

The impressive feat by 5Pillars comes close to a decade after the launch of the website in April 2013. 5Pillars describes itself as, “Primarily a news, opinion and analysis-based website which concentrates on British Muslim news but also looks to the wider Islamic world”. It has been regularly producing crucial reports on developments relevant to Muslims, in addition to releasing regular podcasts. [7]

May Allāh grant further success to the brothers and sisters at 5Pillars and allow their accomplishment to be a source of inspiration for Muslims around Britain and abroad to push themselves in their respective fields. The sky truly is the limit, and in this blessed month of Ramaḍān, we should go the extra mile in all our endeavours.