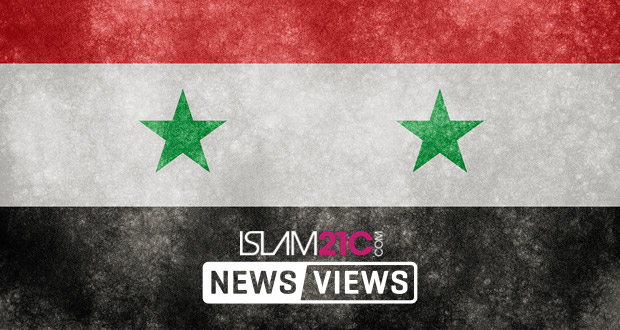 On Thursday a new government was formed and announced for the free Syrian territories. The group will be headed by Dr Muhammad al-Sheikh who stated that the government is independent from all Syrian military factions and aims to assist and serve the people of Syria.[1]

The new government has been established to regulate the liberated territories in war-torn Syria. The government was formed and empowered by several different council members around the freed territories in Syria. The decision was declared during a press conference that was held at the Bab Al-Hawa border crossing between Syria and Turkey.

The council has appointed Dr Muhammad al-Sheikh to represent them as its leader and has named itself the ‘National Salvation Government’.

The group has been formed by various technocrats in several different fields and will consist of 11 ministers for Interior, Justice, Endowment, Higher Education, Education, Health, Agriculture, Economy, Social Affairs and Displaced, Housing and Reconstruction, Local Administration and Services, with Dr. Mohamed Al-Sheikh as the head of the government. [2]

“My feelings are those of the Syrian people who have suffered for the past seven years and want a government that represents them, that serves them. And if Allāh wills this government will be what the Syrian population aspires to see, a population that revolted against a corrupt regime and needs a representative. Whether that is by a government or through leadership…We aspire to be a reference for the people and that which serves them, free of corruption and favouritism, actually serving and representing them.”

He emphasised that the group’s aim is to represent the interests of the Syrian people who have suffered for many years. He further reiterated the government’s independence from any entity and stated that “we will remain independent, meaning we won’t tolerate pressure from any side.”

During the press conference, Dr al-Sheikh also revealed the creation of four commissions: Inspection Authority, Prisoners and Missing Affairs, Planning and Statistics Authority and the Commission of Trade Unions.

This is the first time an independent government has been formed that aims to serve the Syrian people independent of any fighting groups and aiming to handle the affairs of the people of Syria. The group aims to operate in the city of Idlib, the surrounding countrysides, the different areas in Aleppo and other various places that are considered to be freed territories.

It is a significant occasion that a government has been formed for the first time ever and will not be headed by any member of the Assad family. This is thus being seen as an historic and momentous event in Syria as the new group attempts to govern areas liberated from Bashar al-Assad’s brutal regime.