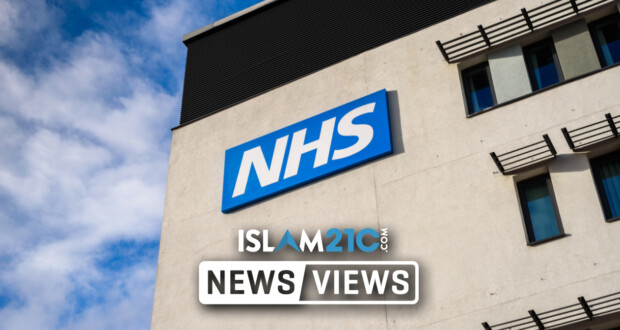 The UK Government has awarded a £122 million contract to a shell company owned by an associate of a Conservative Party peer.

PPE Medpro, which has no history of providing personal protective equipment, was granted a contract worth tens of millions of pounds in profits without having to go through a bidding process.

The contract, funded by UK tax payers, will funnel between £12 – 24 million pounds of profits into private hands.[1]

Labour MP for Sefton Central, Bill Esterson, said that the granting of the contract to associates without tender was the “definition of corruption”.

Set up by Anthony Page, PPE Medpro was incorporated on 12th May this year, a day after Page left the employ of Scottish Conservative Peer, Baroness Mone.

According to The Daily Mirror, Page is also the director of Knox Group, a finance firm founded by Baroness Mone’s fiancé, Doug Barrowman.[2]

According to reports, PPE Medpro was tasked with providing 25 million gowns to NHS health workers less than two months after the company was formed.

Barrister Jolyon Maugham from The Good Law Project said: “Another hugely lucrative PPE contract has been awarded to a firm with no obvious qualification beyond links to very substantial donors to the Conservative Party.”[3]

The government has given PPE Medpro a contract – not advertised to other bidders – to supply 25 million gowns for health workers. PPE Medro was set up 7 weeks earlier. It has close connections to Tory Party donors. Definition of corruption: Dishonest conduct by those in power.

Bill Esterson MP tweeted: “The government has given PPE Medpro a contract – not advertised to other bidders – to supply 25 million gowns for health workers. PPE Medpro was set up 7 weeks earlier. It has close connections to Tory Party donors. Definition of corruption: Dishonest conduct by those in power.”[4]

Michelle Mone, a businesswoman and Baroness of Mayfair, was appointed a Tory peer by David Cameron in October 2015.[5]

A spokeswoman for Mone said: “Baroness Mone has no comment as she has no role or involvement in PPE Medpro.”

In defence of Mone’s fiancé, the spokeswoman added: “Mr Barrowman is also not involved in the company PPE Medpro and is not a Director or Shareholder.”[6]

This latest outcry is not the first time the Conservatives have been called out for profiteering from the COVID-19 crisis at the expense of the NHS.

The Labour Party has previously accused the Conservatives of corruption for handing out lucrative COVID-19 contracts to ‘friends’ of the party.

In the Commons, Tory ministers were asked to explain how contracts worth “more than £830 million have been awarded to at least 12 different companies” for personal protective equipment which had “never materialised”.[7]

Labour also demanded answers over a deal signed off to Public First, a company run by an associate of Dominic Cummings and former aide to Michael Gove.

2020-10-12
Ahmad Jomaa
Previous: Timbuktu: Empire of Knowledge
Next: Black man led on rope by police on horseback sues for $1m