Over 1,200 Muslim organisations in UK & Europe condemn Israeli aggression against Palestinians and al-Aqsa 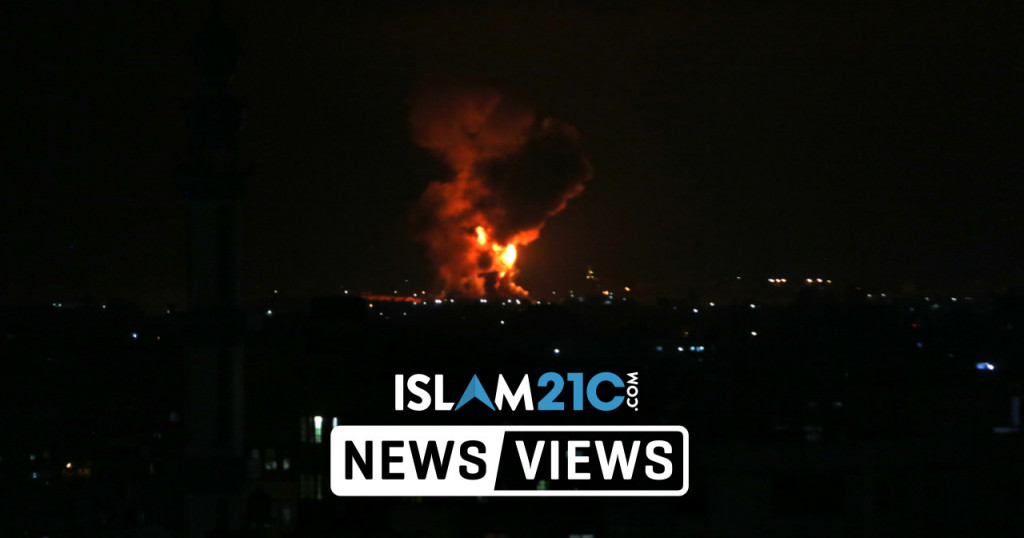 A damning statement released by the London Muslim Community Forum yesterday, on behalf of a staggering 1,214 Muslim organisations across the United Kingdom and Europe, castigates the Zionist state of ‘Israel’ for its reprehensible actions towards Islam’s third-holiest site, Masjid al-Aqsa, and the Palestinian people, who are suffering under bombardment from the apartheid state’s military. [1]

More than 1,200 masājid, including Britain’s largest—the East London Mosque—together with professional collectives including the Association of Muslim Lawyers and the Muslim Engineers Network, countless centres of education, and community centres have all united to “strongly condemn the recent attacks by Israel and its Israeli Defense Force (IDF) against the Palestinian population both in Sheikh Jarrah and Al Aqsa Mosque.” [1]

The signatories to the letter, entitled Al Aqsa, illegal evictions and the bombing of Gaza, begin by expressing their fury at the Israeli occupation forces and their “impunity using violence against Muslims who wish to pray at Al Aqsa Mosque.”

“The most recent incursions into Al Aqsa Mosque, which is the third holiest site for almost 2 billion Muslims across the world during the holy month of Ramadhan, resulted in over 300 Palestinians being injured. According to the Palestinian Red Crescent, more than 228 people were hospitalised, many with wounds to their face and eyes from the IDF’s use of stun guns and grenade fragments on an unarmed civilian population.” [1]

Since occupation forces raided Masjid al-Aqsa at the tail end of the blessed month of Ramaḍān, there has been a persistent global call to activism to expose the Zionist state for its true colours. This has been juxtaposed with the world’s mainstream media continuing their feeble efforts at perpetuating falsehoods and reporting in a biased manner in the hopes of garnering support for ‘Israel’.

Countless celebrities, sportspeople, professionals, government officials, and legislators across the world have been picking up the baton and running circles around the Israeli propaganda machine, leaving it in the dust whilst the truth of the dire situation in Palestine is laid bare on social media and in wider society. [2] [3] [4] [5]

The 17th May statement adds:

“There are currently 19 families who are threatened with evictions in Sheikh Jarrah. Many of these families lost their homes in 1948 and moved to homes in Sheikh Jarrah, which were built for them by UNWRA. This breach of international law cannot continue unchecked. We demand that the International Community including our Government led by Boris Johnson condemn without reservation, the actions by the State of Israel.” [1]

In highlighting Israel’s horrendous record at the UN, the letter’s signatories further note:

“In 2018, Israel received 21 out of 27 UN condemnations for violating the basic human rights of Palestinians. There is no other country in the world that acts with such belligerence than the State of Israel against an unarmed civilian population, which it continues to occupy in breach of UN Resolutions.” [1]

The sense of anger and frustration felt amongst the hundreds of Muslim organisations in the collective statement is rounded off in a concise conclusion: the British media is asked to remember that it was the Zionists who orchestrated and ultimately perpetuated (and continue to perpetuate) violence and destruction against the Palestinians. The signatories argue:

“The UK media need to be reminded that Israel attempted to evict people from Sheikh Jarrah and when Palestinians protested against these illegal evictions, the Israelis attacked Al Aqsa Mosque whilst Palestinians were praying during the holiest month of the Muslim calendar.”

“This was in retaliation for the protests, continuing Israel’s long history of collective punishment of the Palestinians. The occupied can never be equal to the occupier. This is not a war of equals; these are murderous crimes against humanity. The occupation must be brought to an end. The world cannot continue to sit idly by whilst an oppressive occupier continues its decades long occupation in breach of UN resolutions.” [1]