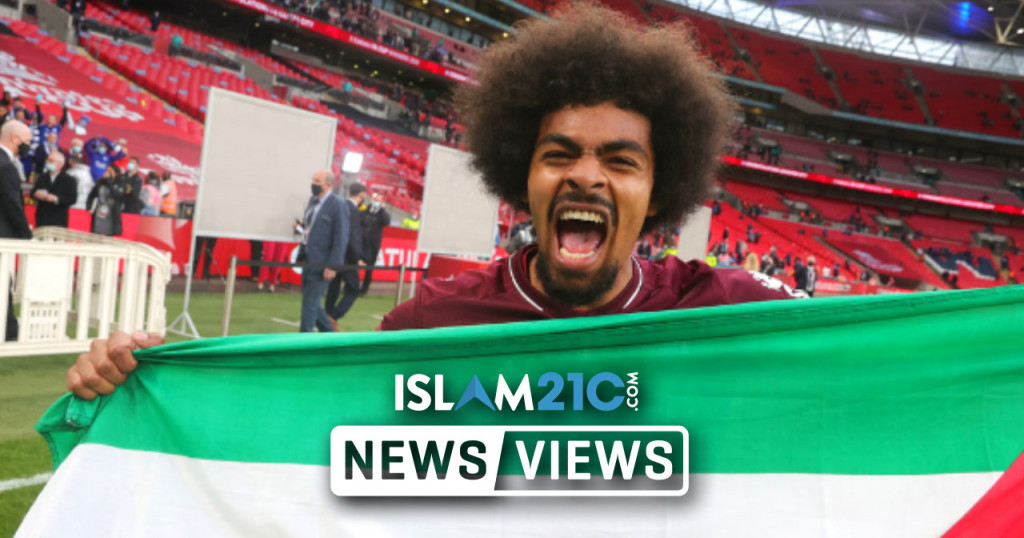 People around the world continue to be unrelenting in their push for greater alertness and understanding of the live situation in Palestine, after yesterday’s “Free Palestine” march in London saw an estimated 150,000 attendees according to Tommy Corbyn, son of the former Labour Party leader Jeremy Corbyn MP.

An estimated 150,000 people marched through London today with one message: #FreePalestine pic.twitter.com/Iu3zEOYPF7

In a reflection of the sheer influence that ordinary people can have on the humanitarian crisis in Palestine, which is arguably being seen as ethnic cleansing, [1] and a day after one of the largest pro-Palestine demonstrations in recent years in the British capital, there continue to be expressions of support for the Palestinian cause throughout the globe. Sportspeople, politicians, artists, celebrities, and business icons alike are taking action to raise awareness of the ongoing suffering caused by the Zionist state of ‘Israel’ and its utter disregard for human lives.

In other parts of Western Europe, the Italian cities of Bologna, Milan, and Rome also held large pro-Palestine rallies on Saturday. [2] [3] [4] On Friday afternoon, the container ship Asiatic Island arrived in the port city of Livorno, but unlike other cargo ships, this particular vessel was stopping to collect weapons and explosives. Longshoremen were quickly tipped off by their trade union—the Autonomous Port Workers Collective of Genoa—and The Weapon Watch (a research centre that studies the flow of weaponry through Mediterranean and European ports) that the ship would be travelling onward to the Israeli dock of Ashdod. Dockworkers refused to load the armament-laden containers reportedly set to be used on Palestinians. [5] [6]

According to MarineTraffic, an online project that tracks real-time locations of vessels around the world, the Asiatic Island is now en route to Ashdod, having left the Port of Naples earlier in the day. However, one could argue that the swift thinking by the longshoremen in Livorno helped to delay the ship’s journey, causing a logistical frustration to the Israeli military. [7]

In sporting news, fans of Leicester City FC were ecstatic yesterday evening after the club won their first FA Cup in 137 years of competition. [8] The win, which came after the midfielder Youri Tielemans scored the only goal of the match in the 63rd minute, was made even more poignant when fellow Leicester teammates Hamza Choudhury and Wesley Fofana celebrated by holding the Palestinian flag. Choudhury in particular draped the flag over himself as he picked up his winner’s medal.

The prominent display of support for the Palestinian cause did not go unnoticed. Ambassador Husam Zomlot, Head of the Palestinian Mission to the UK, wrote an open letter to Choudhury and Fofana late last night thanking them for using “the occasion of the FA cup triumph to show solidarity with the Palestinian people.” [9]

In his letter, Ambassador Zomlot stated:

“Carrying the Palestinian flag on the stage of one of football’s most august [sic] cup competitions is a show of support that is reverberating all over Palestine. For a people beleaguered, occupied and under intense bombardment for daring to stand up for their rights, your gesture could not be more timely and appreciated.” [9]

In touching closing remarks, the ambassador expressed his wish that Leicester City will one day “play in Jerusalem, the capital of the free state of Palestine.” [9]

While the examples of the Italian dockworkers and the Leicester City footballers are to be lauded, they are the tip of the iceberg. They are only a reflection of the wider and ever-increasing support for the Palestinians at a time when many in large public organisations are silent or skewing truth into falsehood and reporting blatantly untrue accounts.

Many commentators have noted that the majority of the big news organisations in the UK were eerily quiet on the events of yesterday’s London demonstration. The BBC, ITV, The Guardian, and Sky all decided that the 150,000-strong turnout was unworthy of live reporting.

When it comes to those in positions of power who choose not to act or to commit harm, the centuries-old superior orders plea comes to mind.

The plea, which was made particularly infamous during the Nuremberg trials of the mid-1940s, with former Nazi guards claiming, “Befehl ist befehl”, or “an order is an order” is not an excuse for those who argue they are unable to act to support in the pursuit of justice.

In addition, it is only logical to argue that those who are speaking up or taking action against the oppressive state of ‘Israel’ in its genocidal actions are people of integrity. It is a most embarrassing indictment on the mainstream media and on governments around the world who are either guilty of inaction against the Zionist aggression towards the Palestinians, or are perpetuating false narratives. [10]

In a prominent example of pushing falsehoods, the Chancellor of Austria, Sebastian Kurz, tweeted his backing for ‘Israel’, saying, “Together we stand by Israel’s side”, adding, ”The terrorist attacks on Israel are to be condemned in the strongest!” Included in Kurz’s tweet is a photograph of the Israeli flag hoisted atop the Federal Chancellery in Vienna.

Pertinent to false narratives, the embattled Israeli Prime Minister, Benjamin Netanyahu, who is hugely unpopular within ‘Israel’ and is currently in court over corruption trials [11], tried his hand at swaying public opinion on the recent surge in violence between Palestine and ‘Israel’ by tweeting an extremely misrepresentative video depicting ‘Israel’ as being under siege. In the video, which appears to be from the IDF’s TikTok account, the viewer is asked the question, “Imagine if it was Washington, Imagine if it was Paris, Imagine if it was London,” whilst conveniently forgetting that it is the case right now in Palestine. [12]

However, in a scene of public humiliation, Netanyahu almost immediately saw Twitter users rebutting him by responding to his tweet and uploading their own videos. One response in particular has stood out as it parodies the Israeli leader’s initial video by drawing light on the actual situation in the region. The tweet has currently gained in excess of 66,000 retweets and just under 100,000 likes.

OK. I am sharing the truth. pic.twitter.com/s16D1Nc08D