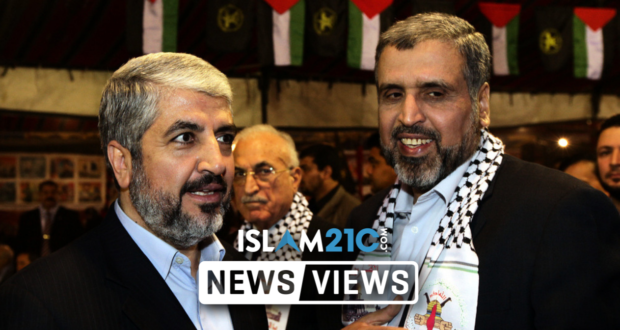 One of the most influential and powerful Islamic resistance leaders in Palestine, Dr Ramadan Shallah, has died at the age of 62, according to the movement, which is based in Gaza, Palestine.

Dr Shallah, who served as the former head of the resistance group Palestinian Islamic Jihad (PIJ) died in hospital on Saturday after battling a chronic disease.

Dr Shallah was in a medical coma after suffering for around two years from multiple heart and kidney complications. Commenting on his death, the PIJ said in a statement:

“We mourn the passing of a great Palestinian leader who held the banner of Jihad for Palestine and Jerusalem since the founding of the movement.”

“Dr Shallah was an Arab and Muslim patriot who always believed in the cause of Palestine.”

Dr Shallah studied in Egypt were he pursued his studies in the field of economics. There he met with Fathi Shaqaqi, a Palestinian activist with whom he would later co-found PIJ.

The Palestinian President Mahmoud Abbas has said: “We have lost a major patriotic figure.”

“[Shallah] is one of Palestine’s great leaders and is an example of patience, resilience and honesty and a role model as a fighter.”

“I lived closely with Dr Ramadan Shallah for 25 years, working and struggling together, as well as the years of the Intifada and the wars on Gaza. We defended our resistance and nation together and we administered our battles together, cooperating with one another. Each of us was the assistant of the other.”

Dr Shallah’s political involvement quickly earned him a highly respected role in the country, he had initiated and supported numerous initiatives in an attempt to restore relationships between rival parties Hamas and Fatah.

Dr Shallah became the leader of the PIJ in 1995 following the assassination of Fathi Shaqaqi in Malta by Mossad agents. He remained the secretary-general of the movement until 2018 when he started to suffer health complications.

Dr Shallah has been described as one of the most prominent Islamic figures and seen as a visionary who left a lasting impact behind him. He has been described as inspirational and his speeches as captivating. His fierce sermons would often get him in trouble with the illegally-occupying Israeli authorities who placed him under house arrest and banned him from teaching.

2020-06-07
News Editor
Previous: Stockpile your deeds before the pandemic ends
Next: One God Many Names | Al-Hafīdh (The Ever Preserver)