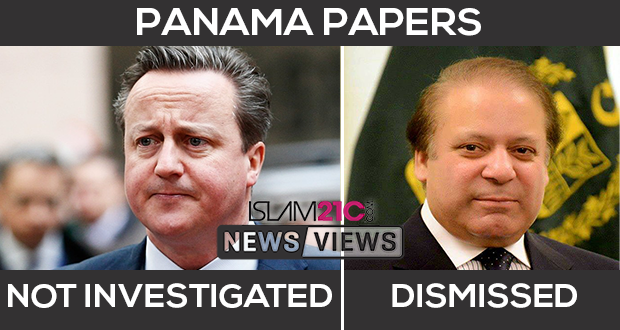 Mian Muhammad Nawaz Sharif, the Prime Minister of Pakistan has resigned from office, just a year short of becoming the first Pakistani Prime Minister to complete a full term in government. This comes immediately after the unanimous decision by all five judges of the Supreme Court to dismiss him from office. Nawaz Sharif has a 36-year political career. [1] This is not the first time Sharif has had to cut short his time in the office.

Back in 1998, Nawaz Sharif passed the ‘Shariat Bill’, the 15th amendment to the Pakistan’s constitution, yet it never manged to pass the senate. [2] More than a year later, Nawaz Sharif was subjected to a bloodless coup and ousted from power. He was arrested and sentenced to life in prison. [3] A deal negotiated by a member of the Saudi Royal Family allowed Nawaz Sharif and his family members to be deported to Saudi Arabia in December 2000. [4]

The recent investigation and ruling comes after the leaks of the ‘Panama Papers’ in April 2016. The leaks revealed that Sharif’s children were owners of offshore companies and assets that were not declared in the family’s wealth statement. [5] However, reporters claim that the former Prime Minister was dismissed after an investigation by the Supreme Court which revealed he was a chairman of a company in Dubai and was receiving salary from the company.

Sharif’s critics have hailed the judgement as a positive step towards bringing about a fairer and more accountable Pakistan. However, some of his supporters claim that the spotlight has been shone on him due to the CPEC (China-Pakistan Economic Corridor) that he has been involved with, apprently against the wishes of western states.

Was he the only person named in the Panama Papers?

However, it is to be noted here that Nawaz Sharif was not the only senior state figure to be caught up in the revelations of the ‘Panama Papers’ leak. The Panama Papers was a leak of over 11 million documents containing information on 214,000 shell companies in 2.6 terabytes of data. This is said to be the largest leak in journalistic history. [6]

These documents not only reveal so-called ‘tax-havens’ of heads of state avoiding their own tax laws, but, they are said to also include many kinds of connections to the activities of some of the world’s intelligence agencies. [10]

With a leak of this enormous scale, many of the key players in this may never be revealed, let alone being investigated or convicted. It may take years if not decades before the full-scale of this leak is brought to light. Only time will tell.

Also read: The Scandal of the Panama Papers

Previous: A Victory for al-Aqsa
Next: UAE prefers imposed “secular” governments over elected Islamic ones