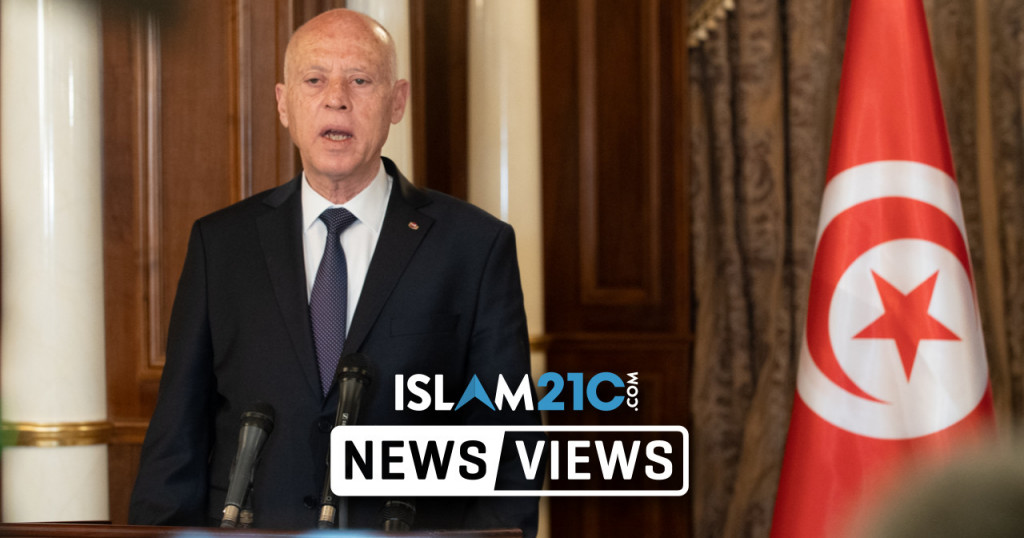 The President of the Tunisian Republic Kais Saied “has lost his legitimacy by violating the constitution…and he will be responsible for all the possible repercussions of this dangerous step”, argued four opposition political parties on Thursday in a joint statement. In shocking developments, Saied, the President of the northernmost African country since October 2019, has recently consolidated absolute power. He has fired the Prime Minister, dissolved parliament, and by declaring a national emergency, has assumed all executive powers. [1]

The Al Joumhouri, Attayar, Ettakatol, and Akef parties have criticised Saied for his seemingly authoritarian steps, arguing in their joint statement that such moves have bolstered the President’s grip on executive control. 63-year-old Saied, a jurist specialised in constitutional law, was nominated as an independent candidate in 2019 and elected President after receiving more than 72 percent of the vote. He is now setting the stage for a repeat of history and confrontation with political rivals, just a decade after the strongman leader Zine El Abidine Ben Ali – better known as Ben Ali – was toppled following popular protests that arguably began the so-called Arab Spring. The protests of 2010 were preceded by two decades of authoritarian rule by the former security chief, whose reign in power began in 1987 when he sacked the Prime Minister and declared President Habib Bourguiba medically unfit for office. Ben Ali fled Tunisia in early 2011 and died in exile in Saudi Arabia in 2019. [2] [3]

In what is effectively a coup, Saied declared on Wednesday that he would rule by decree and pay no attention to parts of the constitution. He plans to revise the political system and has been the sole authority in the Tunisian decision-making apparatus since July 25, when he removed Prime Minister Hichem Mechichi from office and suspended the Assembly of the Representatives of the People. The latter was achieved by invoking emergency powers vested in Article 80 of the Tunisian Constitution. Saied has long claimed the desire to rid Tunisian politics of corruption and to improve its electoral system. However, political opponents are sceptical of his true motives. [4]

For the past two years, Tunisia has been battling economic woes further exacerbated by the coronavirus pandemic. Saied’s actions have received both support and disapproval, a finding which indicates the divisions present within the country’s 11 million citizens. The army has given its backing to Saied, while internationally, former colonial power France in July demanded that a new PM and cabinet be declared immediately. Rached Ghannouchi, leader of political party Ennahdha – which has the biggest parliamentary presence with 52 of the 217 seats in the unicameral Assembly of the Representatives of the People – said last Wednesday that Saied’s actions had effectively cancelled the constitution. [5]