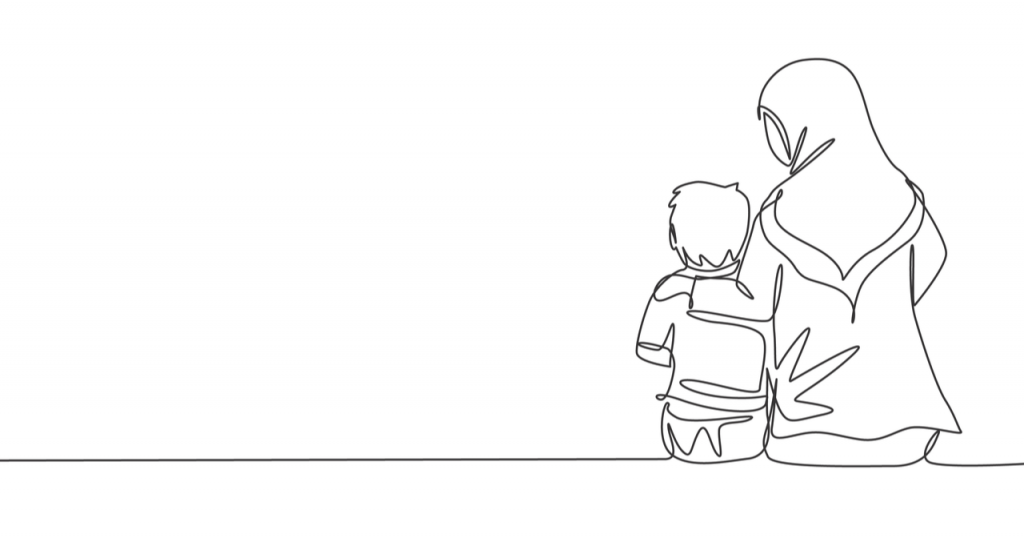 “(Remember) when Yūsuf said to his father, ‘O my dear father! Indeed I dreamt of eleven stars, and the sun, and the moon—I saw them prostrating to me!’

He said, ‘O my dear son, do not relate your vision to your brothers, or they will scheme against you a plan. Indeed Shayṭān, to man, is a clear enemy.’”[1]

The first scene from the story of Yūsuf عليه السلام  shows him as a child coming and explaining his dream to his father.

This small and private conversation between a father and son was witnessed by Allah above the heavens. He deemed it worthy by placing it in the Qur’an thousands of years later for our benefit.

There is not a single āyah in the Qur’an except that there is guidance in it for us to seek from.

As Allah Himself explains, the Book is:

“A (source of) guidance for those who are god-conscious.”[2]

In many places of the Qur’an there are conversations where fathers address their children, such as Luqmān advising his children not to associate partners with Allah.

But most interestingly, in this case it is the child that approaches the parent.

The first thing that we can learn from this is how we should strive to form and foster relationships with our children. That way, they will be at ease approaching us, comfortable to start conversations with us, and even confide to us sensitive matters.

Life is busy, and the chores will never end: there will always be more dishes to wash, more clothes to clean, more floors to broom, more messages to check on social media, and more emails to reply to. The list goes on and has no end.

Many of us find that we struggle to listen to our children. The time spent with them is considered tiresome and we often prefer doing something else instead, something which we deem to be more productive in our humble opinions.

What I am not going to tell you in this article is that you need to spend huge blocks of time doing quality things with your children, and that if you fail to do so then you are a bad parent.

Deposits are made in the emotional bank account by adding positive interactions.

For example, if I crack a joke with my child, it makes them feel loved and it adds to their emotional bank account. Any kind comments, jokes, hugs, small gifts, acts of honesty, not jumping to conclusions about them, and upholding one’s commitments to them count as positive deposits. Even doing mundane things they might need or want, like buying their favourite ice cream, or helping them find their wallet (for the 100th time) count as positive interactions. The commission of these acts results in a deposit in the account, ultimately increasing the love and trust in that relationship. Note here that all the things I have mentioned are small actions done on a day-to-day basis; a one-off and great show of affection does not build the same level of love and trust that small and regular actions do.

“The acts most pleasing to Allah are those which are done continuously, even if they are small.’’[3]

How do regular deposits in a child’s emotional bank account help us?

Having a high trust level helps to soften the blow whenever you have a bad day, or make a mistake. Your child will not write you off as always being the enemy because they will have enough proof to know that is not the case. This basically means they will not react to your mistake or slightly raised voice in such a bad way.

Furthermore, when you offer advice to them they will be able to accept counsel from you, especially as they get older. This is really important, because if you constantly bark at them, threaten them, ignore them, and over react by displaying disrespectful behaviour, your ties and relations will deteriorate rapidly. After that, if you give your opinion to them on something, regardless of how right and wise you are, they will no longer be interested. They will not trust you or feel safe; they will not believe that you have their best interests at heart, since you have not been consistent in your behaviour towards them.

Have you ever met an old friend and been able to carry on exactly where you left off, with no awkwardness felt? That is because you have a built up trust fund between the two of you from before. Indeed, that is why you feel so comfortable and safe with them.

Since you see your family members everyday in the house, it really does take a lot more effort to develop that level of trust. Saying really mean things in times of anger can erode away so much of the trust you have built up, so the process will require more patience and perseverance, especially in the beginning.

It seems like a simple enough thing to know that children need to be shown love and for their feelings to be validated. But the truth is that life is often not simple; sometimes it is so complicated that you probably do not even show yourself much love, and then forget having enough of it to pass on to others.

Expend your times of frustration with household and work chores for now. Do what you need to do to be in a better mood, and then harness that mood to build better relationships with your children. In shā Allāh it will really pay off.

Think about it. Yūsuf had so little time with his father when he was young, but at the same time his father left such a powerful impression on him.

This was the same young man who then became the hero of Egypt and saved an entire nation with the help of Allah. Is that not something legendary?