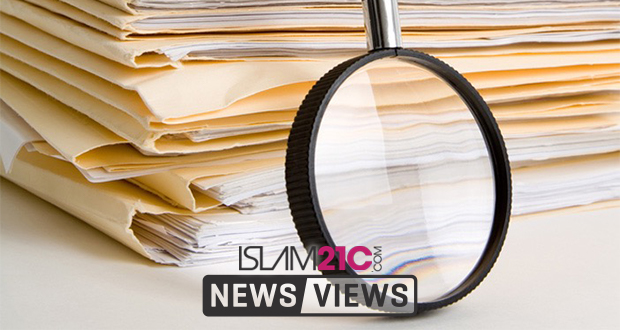 According to a new report, the Prevent strategy is “built on a foundation of Islamophobia and racism”. The report also states that the strategy is “ineffective and counterproductive” and should be repealed. Prevent is one of the four stands of the government’s counter-terrorism strategy which is known as ‘contest’.

The report, entitled “Rethinking Prevent: A Case for an Alternative Approach”, studies the disturbing consequences of the Prevent strategy on society.

JUST Yorkshire is a racial equality organisation working to support civil liberties, human rights and racial justice by challenging racism, discrimination and racial injustice. The organisation has been set up by the Joseph Rowntree Charitable Trust and it is also funded by Oxfam and Lloyds TSB Foundation.

The independent review conducted by them is supported by the international grant making network known as Open Society Foundations, which supports civil society groups across the world.

For many years, Prevent has been criticised as being Islamophobic and racist. It has targetted the Muslim community and, over the years, its implementation has deteriorated civil liberties, thus restricting political opposition and constraining any possible room for essential dialogue within our schools, colleges and universities.

This latest report has appeared at a time when many have criticised, opposed and called for the repeal and/or a review of the strategy. This ranges from the National Union of Students (NUS), Federation of Student Islamic Students (FOSIS), the University and College Union (UCU), National Union of Teachers (NUT), faith groups and activists. As well as these groups, many cross-party MPs and even the Government’s own reviewer of terrorism legislation has opposed the government’s strategy and terror laws. Government adviser, Max Hill QC stated that the British government’s terror laws should be scrapped as they are “unnecessary”.

Some have even challenged the lawfulness of the Prevent Duty Guidance, such as Dr Salman Butt who put forward a claim for judicial review challenging the legality of Prevent and its guidance. A summary of the judgement can be found in Dr Salman Butt’s article.

The report is based on interviews with 36 individuals including students, academics and faith leaders.

“…has engaged with grassroots perspectives and has highlighted the many harms of Prevent, particularly those impacting on Muslim minorities. Our report adds to a number of established critical accounts of Prevent and we hope it is now the start of genuine public debate that seeks to move beyond this failed and counter productive policy.”

The report also expressed that many “…human rights abuses have been carried out through the implementation of Prevent, targeting mostly British Muslim men and also activists because of their dissenting views.”

The report revealed evidence that indicated how “some institutions are interpreting their responsibilities under the umbrella of Prevent as a requirement to focus their attention on Muslims.”

It also highlighted that “A generation of politicised British Muslim activists have emerged who are democratically challenging the government’s approach to counter-terrorism.”

The report also expressed that there is no supporting evidence to demonstrate the success of the strategy and that, “…there is a lack of transparency and accountability that must be questioned.”