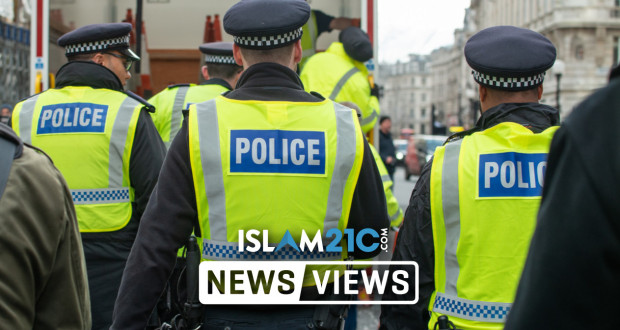 Medact, a medical human rights research organisation, has published a report which states that teenagers and children as young as six are being referred to a mental health project discreetly run by counter-terrorism police[1]. It concluded that the primary aim of the project is to serve the interests of counter-terrorism policing rather than providing treatment for patients. The existence of these ulterior motives raises serious ethical questions.

The project is called “Vulnerability Support Hubs”, which was established in 2016. The birth of the program came just a year after public sector workers were legally required to report persons considered to be “vulnerable to radicalisation”.

Since 2016, more than 3,000 people have been assessed for potential mental health concerns under this opaque counter-terrorism initiative. Among the conditions observed under this initiative’s oversight include schizophrenia, personality disorder, autism, and learning difficulties.

A shocking report published by Medact has outlined several concerns with the current project. In this important document entitled as “Racism, Mental Health and Pre-crime Policing: The Ethics of Vulnerability Support Hubs”, the following observation is made: “It is clear that counter-terrorism policing’s often spurious and racialised pre-crime concerns have influenced mental-health care”. To substantiate this claim, the report cites the example of a man referred to this programme for merely reverting to Islam: “Mr X was referred following concerns that he had converted to Islam”. The grave inference from this example is that Prevent considers anyone reverting to Islam to have mental health issues.

The report also highlights the “gross Islamophobic disproportionality” found in these counter-terrorism hubs. Surprisingly, more than half of those referred to the program were categorised as presenting signs of “Islamist extremism”. Furthermore, the report highlights how a radicalised Muslim is at least 23 times more likely to be referred to a mental-health hub for “Islamism” than a white British individual is for “far right extremism”.[3]

Tarek Younis, who is a co-author of the shattering report, noted that Black Muslims were at particular risk of being affected by the Prevent Mental Health Hubs. Unfortunately, members of this group face a double burden, where they are subjected to the disproportionate focus of counter-terrorism on Muslim communities and the institutional racism which plagues mental health services. Younis added the following astute observation: “Racialised blackness and Muslimness together is something that is a huge blind-spot that we’re really not considering. There is an intersectional dimension”.[4]

Younis stressed the complexity of the relationship between the police forces and health system, noting that the latter is a willing participant in the oppressive process: “It’s not just police structures entering the NHS, it’s a symbiotic relationship between police and the NHS. People might not know the NHS has been securitised when they attend it”.

According to the report, counter-terrorism police have even attended clinical assessments, at times even going as far as questioning patients. The blurring of lines between police interrogations and clinical assessments troubles many health professionals, as such interference may put the reliability of any diagnosis into disrepute.[5]

Regarding this matter, the report states the following: “The police presence is concerning because Prevent questioning and intelligence gathering can itself cause significant psychological stress and be experienced as stigmatising and traumatic”. According to the report, documents released under Freedom of Information requests indicate that health professionals may be “engaging in what is effectively ‘deradicalisation’ – a practice well beyond their healthcare remit.”

It should be noted that the Royal College of Psychiatrists has said that ‘radicalisation’ is “not a mental health illness”.

Indeed, many of the people assessed by the hubs would not meet the threshold for having a condition which requires medical intervention under the mainstream mental health rubric. However, a matter of concern is that the hubs operate under vague and inchoate terms such as “behavioural and emotional difficulties”. This textual ambiguity enables the presence of counter-terrorism interventions under the pretext of mental health support.

Chief superintendent Nik Adams, a coordinator for Prevent’s policing program, tried to dispel these concerns with the following response: “There is nothing ‘secretive’ about our vulnerability support service and if people are interested in learning more about our vital work to divert people with mental ill health away from the criminal justice system and towards the clinical support they need, they can find more information on the Prevent page of our website.”[7]

Many readers will be shocked to learn of this joint NHS and counter-terrorism project, and will feel that such draconian measures should have no place in the present. Commentators have accused any health professionals who have gone through rigorous security vetting in order to work in the programme as betraying the fundamental principle of medicine. This basic rule is commonly but erroneously considered to be part of the Hippocratic oath: “First, do no harm.” The oath, in fact, is mentioned in another work written by Hippocrates, which is entitled Of The Epidemics.

Hiliary Aked mused that this would not be the first-time health professionals have been instrumentalised as a “tool for social control”. She cited the infamous example of the former Soviet Union, where political dissidents were diagnosed as suffering from “sluggish schizophrenia” and often imprisoned.

Despite initially operating in near secrecy over the past five years under the project name Cicero, the hubs are due to be expanded nationwide, and thereafter even potentially becoming a global phenomenon. The disproportionate impact that this programme has had on Muslims requiring mental health support is considerable. It is even more concerning that some Muslims needing support may now be hesitant to speak about their mental health struggles, out of fear of being referred to the Prevent programme.

2021-06-13
News Editor
Previous: “Extremism” accusations in custody battles: a lose-lose strategy
Next: Netanyahu’s 12-year reign over, killer of “lots of Arabs” succeeds him