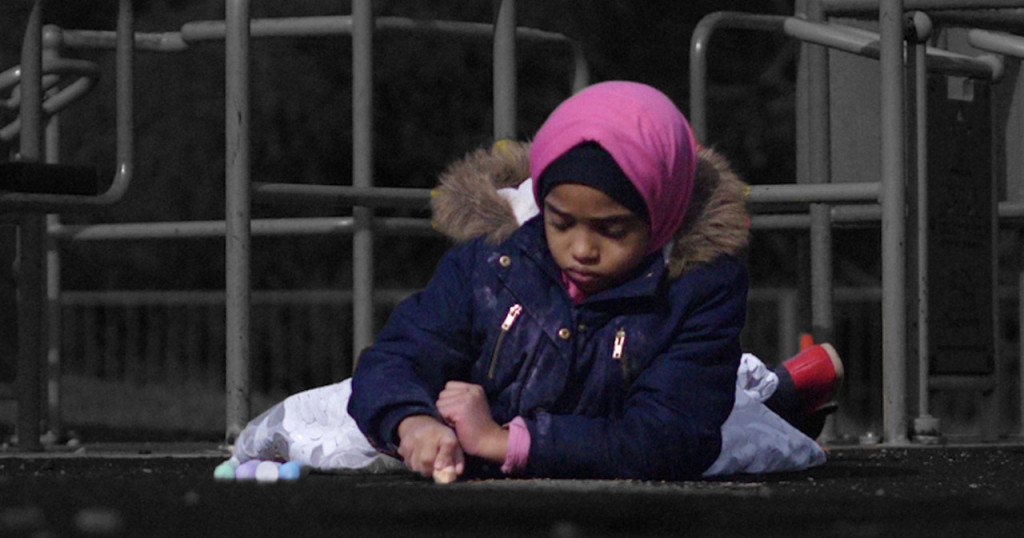 As a caseworker at Prevent Watch, I remember one particular case of a parent who told me they had made “extremism” allegations against their spouse to win a custody battle. Why were they calling us and admitting to this? Because of an unforeseen consequence…

An irretrievable marital breakdown is a very unpleasant experience. The mental, emotional, and spiritual toll is often a protracted one. The Qur’anic paradigm, however, urges those who divorce to do so “honourably” and with courtesy.[1]

Unfortunately, there are cases where the Qur’anic ethic is disregarded by either or both of the spouses. Through the national “In Their Shoes” campaign, Islam21c with dozens of Muslim organisation and khatibs across the country highlighted one type of injustice that can occur as a result of divorce. This campaign highlights what happens to children when a marriage breaks down and access to either parent is un-Islamically denied: the love of a child is essentially weaponised.

This initiative reminded me of something particularly insidious I encountered during my time as a caseworker at Prevent Watch: the way in which Prevent has been maliciously deployed by some Muslims during divorce proceedings and the ensuing custody battle.

This may come as a shock to some. After all, Prevent is typically used as a weaponised policy in the public sector. Employees report someone to social services or the police when they believe that the individual espouses political or religious views contrary to the status quo, or is deemed to have become “too religious”.

At Prevent Watch, I was coming across parents who were using Prevent to score points during custody hearings. Rather disturbingly, one parent would accuse the other of trying to impose Islam onto their children, despite both parents being Muslim and having agreed to raise their children as Muslims. The parent making the accusations would cite instances of their spouse wanting their children to learn the Qur’ān, to pray, or to dress in a certain manner.

The breakdown of a marriage is hard enough, but when children are involved, it becomes even harder. A Muslim’s exploitation of the inherent Islamophobia of Prevent to punish the other parent only accelerates a descent into a spiritual and moral abyss.

When allegations of “extremism” are levied against a parent, social services are duty-bound to intervene and consider the allegations. As a result, the police will in all likelihood be involved. This leads to an interrogation of the children’s religious beliefs as well as the beliefs of the parent against whom the claim has been made. Prevent will have to see the process through until all the claims that have been made are considered. This means that the parent wielding Prevent against the other parent will also not be spared.

I remember one particular case of a parent who told me they had made allegations against their spouse during their divorce proceedings because their spouse had been part of a particular Islamic group during the 90s. Even though the person was no longer part of said group, and had in fact disassociated from the group prior to the marriage, this factor was raised as a cause for concern. In reality, the client admitted using this as a way to win their custody battle.

So why was the parent who made the allegations calling Prevent Watch? Because Prevent decided to scrutinise their views too. For the client who had called us, this was an unforeseen consequence. The client had thought they were scoring a point against their spouse by making such claims, but ended up under the Prevent spotlight themselves.

Moreover, the client now ran the risk of a judgment that rendered neither parent fit to look after the children due to vague concerns around the malleable definition of “extremism”.

The client expressed remorse for what they had done because of the impact their actions would have on their children. They had failed to foresee the consequences of their actions and had exposed their children to the possibility of losing both parents.

This is the nature of Prevent.

It promotes suspicion and envelops all those connected to that suspicion. The outcome is only injustice and disintegration. It is bad enough with public bodies implementing it, but invoking it in legal disputes between private citizens is catastrophic. It not only harms loved ones, but also entrenches a policy that is harming Muslims on a national scale. The Messenger of Allāh (sall Allāhu ‘alayhi wa sallam) said:

Muslims should think twice before wielding an inherently Islamophobic policy against each other. The impact extends far beyond any malice the parents may be feeling towards one another. As with most tensions between parents during divorce proceedings, the one who suffers the most is the child.