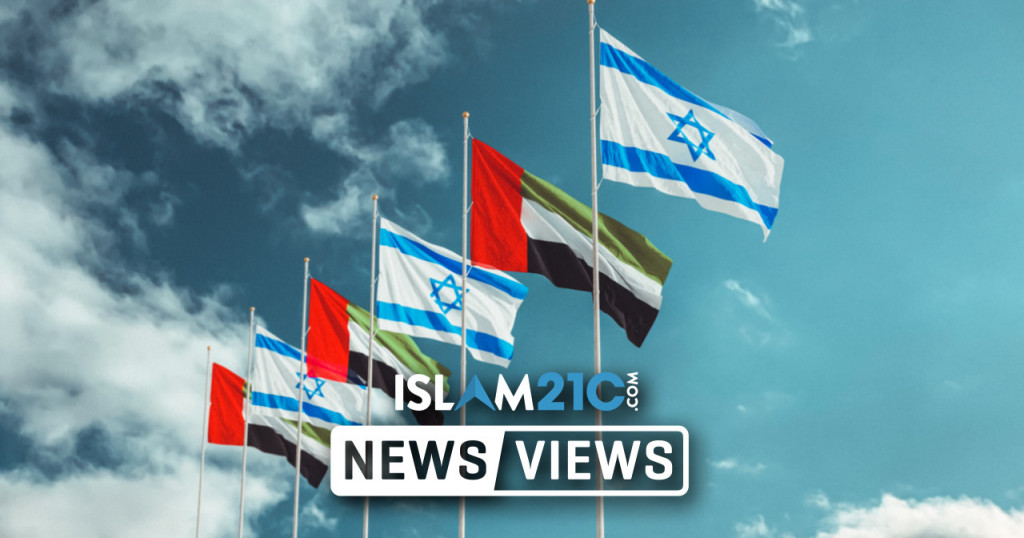 The Israeli news and current affairs channel, i24 News, is gearing up to open an office in the UAE city of Dubai. The development comes after a couple of years of diplomatic softening in the respective stances of both the Emirati government and the Zionist state’s leadership towards one another. [1]

In remarks published by The Times of Israel, the founder and chief executive of i24 News, Frank Melloul, said,

“In the last year, we have witnessed regional diplomatic changes that enable business ties and opportunities for partnerships.”

“The establishment of our office in Dubai Media City gives us a strategic platform to expand our coverage of the Middle East right from the heart of the region’s media industry hub.” [1]

In echoing Melloul’s sentiment, the director-general of the Government of Dubai Media Office, Mona Al Marri, welcomed “The establishment of cooperation between the media sectors of UAE and Israel”. [2]

i24 News is a Tel Aviv-based television channel that was founded in 2013 by Frank Melloul. Swiss-born Melloul was formerly communications adviser to the then French Prime Minister Dominique de Villepin during the years 2005-7. The channel is broadcast in English, French, and Arabic, and expanded operations into the US in February of 2017 by opening a station in New York City of the same name. The channel is owned by billionaire Moroccan-Israeli, Patrick Drahi. [3]

In 2019, a Haaretz report found reason to believe the former Prime Minister of ‘Israel’, Benjamin Netanyahu, sought to manipulate and exploit the state’s media in bolstering his image amid his ongoing corruption scandal. i24 News was allegedly involved in this effort.

As co-authors Nati Tucker and Josh Breiner stated in their report,

“Over a year ago, against the backdrop of discouraging viewership data, i24News decided to focus on two goals: Receiving a license to broadcast in English on Israeli television and establishing a local Hebrew news channel.”

“One tactic apparently used to achieve these objectives was to flatter Prime Minister Benjamin Netanyahu.” [4]

The damning report went further to suggest guests were being banned from the channel in order to support the image of Netanyahu, nicknamed ‘Bibi’ by the press. Many employees reportedly left in protest of the newly founded pro-Netanyahu stance that the channel adopted.

As one former i24 News executive was quoted in the report as saying,

“It’s not even a propaganda channel for Israel. It’s a pro-Bibi channel.” [4]

The move by i24 News has been seen as an attempt to further Israeli interests by gaining a foothold in one of the Arab world’s biggest and most powerful centres – Dubai. Furthermore, Yousef Alhelou, a Palestinian political analyst, suggested to TRT World that the development was intended to further ‘normalise’ relations between the two states.

“Dubai is a very important and strategic city, where Israel wants to have influence and spread information to the Arab world. Dubai is both an international city and a media centre. Having an office there will make sure Israel has a voice within the Arab world.” [5]

The UAE has been gradually easing in diplomatic relations with the apartheid state of ‘Israel’ for some years. In August of 2018, it signed the so-called Abraham Accords pushed by former US president Donald Trump’s son-in-law and senior adviser to the president, Jared Kushner. The news was immediately condemned by the Muslim world, with the former Palestinian Authority (PA) minister, Munib al-Masri, telling Al Jazeera at the time,

“The late Sheikh Zayed was a dear brother to me. I knew how much he was proud of his support for Palestine…I never imagined that in my lifetime I would see the day in which the UAE would simply sell the Palestinians out for the sake of normalization. It’s very shameful. I can’t believe it until now.” [6]

Alongside the UAE, fellow Gulf nation Bahrain was also present during the signing of the Abraham Accords in 2018, with foreign minister Abdullatif bin Rashid Al Zayani cheerfully waving to reporters after the document was signed on the South Lawn of the White House. Bahrain and the UAE followed Egypt and Jordan in attaining the unwelcome accolades of becoming the third and fourth Arab states to usher in diplomatic relations with the state of ‘Israel’.

In the UK, British Prime Minister Boris Johnson was castigated recently for hosting the Bahraini crown prince Salman bin Hamad al-Khalifa in Downing Street. Whilst, according to a Downing Street statement, the meeting was held in order to “further strengthen our economic, security and diplomatic cooperation” with the Gulf monarchy, the Liberal Democrat peer Lord Scriven slammed Johnson for the meeting, saying,

“I am dismayed but unfortunately not surprised that the prime minister rolled out the red carpet and put trade over torture with his meeting with the crown prince today. Even the official press release fails to mention human rights abuses.” [7]