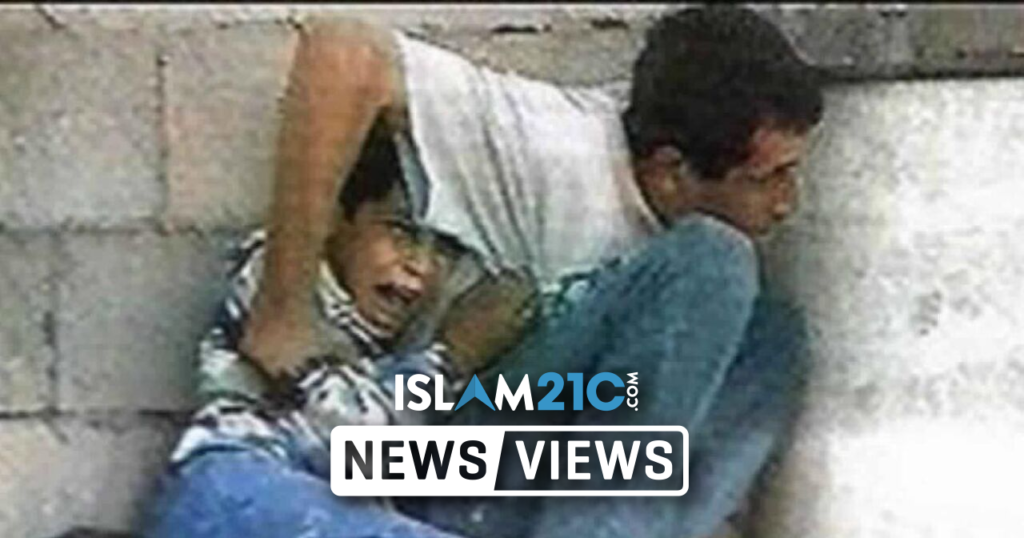 30th September 2000, marks 19 years since 11-year-old Muhammad Al-Durrah was shot and brutally killed by Israeli soldiers. In images which despite the years have not lost any sense of shock, the young boy is seen being shielded by his petrified father from a hail of bullets.

Just days earlier, the then leader of the Israeli opposition Ariel Sharon, provocatively marched onto Al-Aqsa Mosque with an entourage of 2000 military policeman. These two events sparked the 2nd intifada which would last another five years. Almost 5000 Palestinians were martyred in the intifada including just under 1000 children.[1] 1000 Israelis also reportedly died.[2]

The father and son were on their way to a car auction, but little did they know that the events of the next few hours would spread across the Muslim world and still until today, boys who have become fathers themselves still recall the first time that image was shown. Nearly two decades on and it is striking that the murderers of 11-year-old Muhammad Al-Durrah still walk free and have not been brought to trial.

The images of the brutal shooting went viral around the world. However, till today not a single international organisation has called for the child’s murderers to be put on trial for his inhumane murder.

19 years after the martyrdom of Muhammad Al-Durrah, ‘Israel’ continues to murder innocent Palestinians, including women and children.

May Allāh (subḥānahu wa taʿālā) grant Muhammad Al-Durrah (raḥimahu Allāhu) and all those who were killed unjustly Jannat al-Firdaus and may He bring about much greater good for his people in this world and the next.