The name of the Muslim that will liberate al-Aqsa 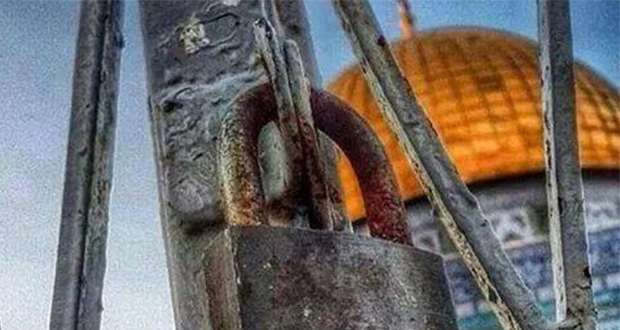 “The heart of a believer is like a bird, one wing is its fear and despair whilst the other wing is hope and mercy” [1]

In 1099, after the ransacking of Jerusalem and Syria by the first ever crusaders in the Holy Land, the Qādi (Judge) of Damascus went to the court of the Caliph in Iraq. The historian Ibn al-Athir relates:

Wearing no turban, his head shaved as a sign of mourning, the vulnerable Qādi Abu Sa’ad al-Harawi burst with a loud cry into the spacious court of the Caliph al-Mustazhir Billah, a throng of companions, young and old, trailing in his wake.

‘How dare you slumber in the shade of complacent safety’, he began, ‘leading lives as frivolous as garden flowers while your brothers in Shām (Syria) and al-Quds (Jerusalem) have no dwelling place save the saddles of camels and the bellies of vultures? Blood has been spilled! Beautiful young girls have been shamed, and must now hide their sweet faces in their hands! Shall the valorous Muslims resign themselves to insult, and accept dishonour?’ [2]

What caused this outrage is summed up from the works of the Muslim chronicler, Ibn al-Qalinisi who states that the streets of al-Quds were strewn with bodies and that the population of the city was put to the crusader sword where they spent more than one week massacring the Muslims, 70,000 were killed inside Al-Aqsa itself whilst thousands of Jews were burned in their synagogues – the stench of corpses filled the air for months whilst the streets overflowed with blood up to knee height. [3]

Just like what we are witnessing today with the closure of the Al-Aqsa Mosque, so too was the holy sanctuary closed following the first crusades. It became a stable for the Crusaders and as a mark of insult, pigs were installed inside the Mosque. Just like today, no prayers were to be performed therein and neither was any adhan (call to prayer) to be heard in the land of Quds, Bait al-Maqdis, Bait al-Muqaddas (site of holiness) for nearly a millennium.

Fast forward 88 years to 1187, the crosses and crucifixes were gone, the bells no longer reverberated over the landscape, pigs were no longer in sight; the occupying monks, priests and crusader knights had been eradicated from the sacred mosque and the believers entered it and the adhan was called. The symbolism of the adhan being given cannot be underplayed here, it was the very act which caused the devils to flee from the sacred land once and for all for as long as Allāh willed for we know the Messenger of Allāh (sallAllāhu ‘alayhi wasallam) said:

“When the Adhan is pronounced, shaitan takes to his heels …” [4]

Indeed truth had come and falsehood had been defeated. Cheerfulness was widespread and unhappiness was dispelled. Unlike the barbarity of the Crusaders, the Muslim conquest was distinctly different. The English historian, Sir Steven Runciman notes:

“The victorious Muslims were known for their uprightness and humanity, whilst the Crusaders for eighty-eight years had been wallowing in the blood of their enemies. No house was exposed to plunder, no individual was harmed. The police, acting on instructions from Salāh al-Dīn, started patrolling the streets and gates, preventing any aggression to which the Christians might be exposed…Salāh al-Dīn announced that he was going to release every elderly person, man or woman. When the womenfolk of the Crusaders who had ransomed themselves came, with their eyes filled with tears, and asked Salāh al-Dīn what their fate would be after their husbands and fathers had met their deaths or fallen captive, he replied with a promise that he would release any of their husbands who were in captivity, and he would give a sum to the widows and orphans from his own wealth, each according to her status. In fact his mercy and compassion were quite the opposite of what the Christian invaders showed in the First Crusade”. [5]

The Al-Aqsa Mosque was full and tears flowed from hearts filled with emotion. This was on account of the liberation of Al-Aqsa by none other than Salāh al-Dīn.

And just as we await to pray Jummuah (Friday prayer) as I write this, I am reminded of the very first Khutbah (sermon) which was delivered in Al-Aqsa following its liberation which was given by al Qadi Muhiy al-Dīn ibn al-Zaki [6].

Excerpts from the Khutbah of Victory

“Praise be to Allāh Who has humiliated polytheism by His might, Who controls all affairs by His decree, Who perpetuates blessings by means of gratitude, Who punishes the enemies of Islām from directions they perceive not… We praise Allāh for causing His slaves to be victorious and to prevail, for granting honour to His close friends and supporting those who support His cause, for purifying His sacred house from the filth…

Salutations on the Prophet

“I bear witness that Muhammad (sallAllāhu ‘alayhi wasallam) is His slave and messenger, the dispeller of doubt, the defeater of polytheism, the toppler of falsehood, who was taken on the Night Journey from al-Masjid al-Haram to this, al-Masjid al-Aqsa, and was taken up thence to the highest heaven, to the Sidrat al-Muntaha (Lote-Tree of the Utmost Boundary)…

Praise of the Mujahidin

“O people, receive glad tidings of the pleasure of Allāh, which is the ultimate goal and highest status because of what Allāh has brought about at your hands: the regaining of this lost city and from that misguided nation, which has been restored to Islam, where it belongs, after it was transgressed against by the polytheists for nearly one hundred years… congratulations to you, for Allāh has mentioned you among those who are close to Him; He has made you his troops and praised you to the angels, for what you have given and you removed from this place the stench of falsehood…

“Were it not for the fact that you [Salāh al-Dīn] were among those whom Allāh had chosen from among His slaves and selected from among the inhabitants of His land, you would not have been singled out for this virtue in which no one can compete with you or attain the honour that you have attained. Glad tidings to you of an army at whose hands appeared miraculous battles like Badr, resolve like that of (Abu Bakr) al- Siddeeq, conquests like those of ‘Umar, armies like those of ‘Uthman, power like that of ‘Ali. You have brought back for Islam days like those of al-Qadisiyah, Yarmook and Khaybar, and battle charges like those of Khalid ibn al-Waleed. May Allāh reward you with the best of rewards on behalf of His Prophet Muhammad (sallAllāhu ‘alayhi wasallam) and show appreciation for what you have done; may Allāh reward you for offering your souls in fighting the enemy, and may Allāh accept from you what you offered of your blood in order to draw close to Him, and reward you with paradise, for it is the abode of the blessed.

“So praise Allāh, Who strengthened your resolve to do that which the Children of Israel refused to do at the time when they were favoured above all others; He enabled you to do that which the nations who came before you failed to do, and caused you to unite for His sake after being divided, and made it a matter of ‘was’ and ‘have’ instead of ‘will’ and ‘until’.

Victory comes only from Allah

By Allāh, “And victory is not but from Allāh. Indeed, Allāh is Exalted in Might and Wise [7]

“If there are among you twenty [who are] steadfast, they will overcome two hundred” [8].

“If Allah should aid you, no one can overcome you; and if He should forsake you, who is there that can aid you after Him?” [9]

History remembers the brave and noble yet forgets the cowardly and impuissant betrayers. The response from the Caliph after Qādi al-Harawi made his impassioned speech with which I started this article was that he wanted to have the group punished because their arrival into Baghdad coincided with the arrival his second wife from Isfahan. History does not remember Mustazhir Billah but remembers the Qādi al-Harawi and his contingent of poets for their noble effort.

[5] History of the Crusades: Volume 1, The First Crusade and the Foundation of the Kingdom of Jerusalem, 1951.