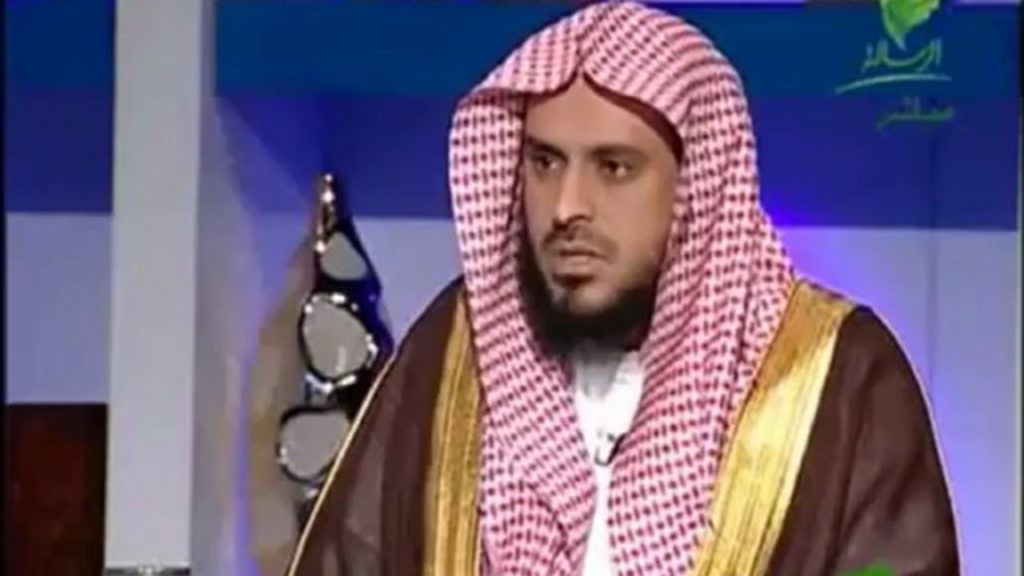 The official Facebook Page of Sheikh ʿAbdul-ʿAzīz b. Marzūq al-Ṭarīfī posted an update on the verdict of the Sheikh who was arrested by Saudi security forces last year. The statement which was posted on Thursday has been widely shared on social media. It states:

“There are many questions about Sh. ʿAbdul-Azīz al-Tarīfī and his daʿwah related activities. We assure everyone — in order to dispel any rumours or false information:

For some time now, a final verdict was issued of the Sheikh’s acquittal that included several decisions, among which were:

Finally, the Sheikh is fine and well. All that is anticipated now is for those decisions to be executed.”[1]

Sheikh Ṭarīfī is a well-known Islamic scholar and academic who graduated from the college of Sharīʿah of Imām Muḥammad b. Sa`ūd University in the city of Riyadh. The Sheikh was a researcher for the Ministry of Islamic Affairs where he also gave lectures until they were banned and he was suspended. In an interview he stated that his lectures were suspended after giving lectures at the King Khaled Mosque about liberalism. He also stated that he was personally informed by the Minister of Islamic Affairs. The Sheikh has also been the director of Studies and Research in the Center for Research and Studies, and then later an Islamic researcher in this same centre.

Sheikh Ṭarīfī was central in speaking out against oppression in the Muslim world, including that in Egypt and was of the first to condemn ISIS and their ideology.

Millions of Muslims across the world were perplexed as to why he was arrested, in particular if it was indeed the case that the Sheikh’s unfinished series on liberalism was what caused it. It is confounding, considering it was delivered in an environment that professes the application of the Sharīʿah.

Since his arrest, Sheikh Ṭarīfī’s students have been central in publishing and propagating his works which, as a result, have reached the far corners of the world, with his arrest only increasing their determination.

We are pleased to hear of Sheikh Ṭarīfī’s acquittal, alḥamdulillāh. May Allah (Jalla Jalaluhu) hasten his release unharmed.

The Sheikh, who is widely respected for his knowledge, has studied numerous books in ḥadīth, fiqh, uṣūl, tafsīr, adāb and books of fiqh in all four schools of thought. Some notable teachers of the Sheikh are some of the most prominent and internationally known: the great scholar, Sheikh ʿAbdul-ʿAzīz b. Bāz, Shaykh ʿAbdullāh b.ʿAqīl, Shaykh ʿAbdul-Karīm al-Kuhḍayr and many more distinguished scholars.