An Offer You Cannot Refuse 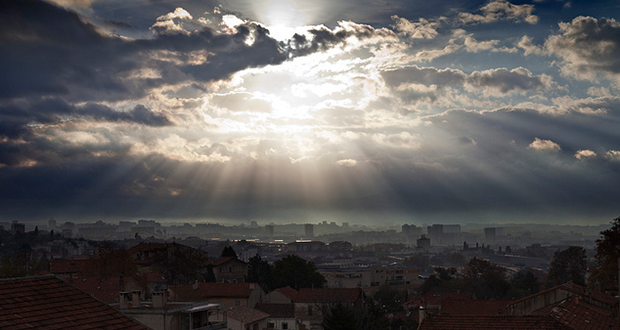 As I sat in the Prophet’s (sall Allāhu ʿalayhi wa sallam) masjid, trying to relax to prepare for Tarāwīḥ, I noticed an old man praying beside me. A while later, he came next to me to lie down and apologised and said, “Excuse me, but I’m 80 years old and my body is weak”. By Allāh, he did not lie down for more than a minute before he got up again and, looking at me, said, “Prayer in this masjid is equivalent to 1,000 prayers.” He stood up once again and continued praying. Although he was old, and Tarāwīḥ would soon begin (it lasts for approximately two hours in Madīnah), he could not rest while knowing there was an opportunity available for him to maximise his rewards and this opportunity would not last long.

The reason I mention this story is that we are currently living in a time in which we should be striving to do more good deeds and using every chance we have to increase our righteous actions. I am not going to delve into the virtues of Dhul-Hijjah, as we have all heard this multiple times before, but I want to use the story of this man as an example for us to work extra hard during these days. Just as he was unable to find rest knowing that every extra ṣalāh he makes would be multiplied by 1,000, we too should not find rest in these days whilst knowing that there are no other time in the year in which actions are more beloved to Allāh than during these 10 days. 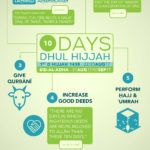 For those of us working and struggling to find time to increase in our acts of worship, let us at least try to do the one thing that was specifically mentioned to be done throughout these ten days, and that is to increase in tahlīl (saying lā ilāha illa Allāh), takbīr (saying Allāhu Akbar), and taḥmīd (saying Alḥamdulillāh) as mentioned explicitly by the Prophet (sall Allāhu ʿalayhi wa sallam), when he said,

There are no days that are greater before Allah or in which good deeds are more beloved to Him, than these ten days, so recite a great deal of tahlīl, takbīr and taḥmīd during them.[2]

This is achieved by saying, “Allāhu Akbar Allāhu Akbar lā ilāha illa Allāh, Allāhu Akbar Allāhu Akbar, walillāh-ilḥamd.” By keeping our tongues moist with these words, we are fulfilling the sunnah of the Prophet (sall Allāhu ʿalayhi wa sallam) and are acting upon his (recommended) commandment. We can say these words wherever we are, on the way to work, on the way back, and even whilst at work. While we are sitting at our desks, let us try and ensure we are constantly saying these words so that we make use of these blessed days and do not use our work commitments as an excuse to become complacent in our deeds.

Although when we say these words of dhikr at work we may not be concentrating on them or contemplating on their meaning, we hope that Allāh rewards us as we are trying to please Him even when we are busy going about our daily affairs. Let us be honest, do we really think Allāh will punish us or hold us accountable for that, or is He the Merciful and Kind Creator who accepts from us according to our abilities? So let us show Allāh that we are trying to utilise this best time according to the best of our abilities and are not letting the seconds pass without trying to seek closeness to Him and, as He knows our abilities, He will judge us on that. But remember, Allāh knows our true ability so we cannot fool Him by pretending we have no time at all when we have not really tried to find time for Him, or utilised whatever time we have for His sake!

Instead of listing what we should do in these days, I would like to emphasise one point. These days, as agreed by the majority of the scholars, are the best ten days of the whole year, better than Ramaḍān (some say even better than the nights of Ramaḍān), so I recommend we compare how we are in these days and how we were in Ramaḍān, and if we see we were doing much more ʿibādah in Ramaḍān, then we have our priorities wrong and need to change from now!