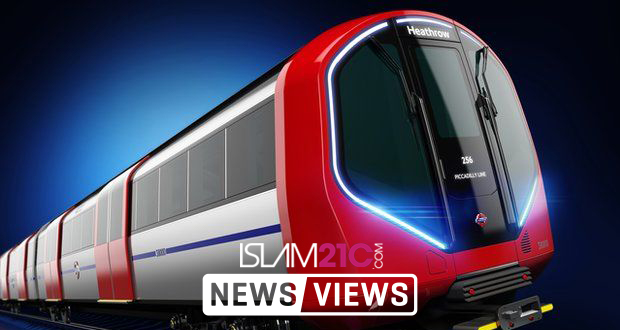 Shadow Minister Chris Williamson and MP for Derby North is being censured for his comments on the proposed implementation of women-only carriages on trains. After sharing statistics on the rise of sexual assaults Williamson said,

“It would be worth consulting about it,” Williamsom told PoliticsHome. “It was pooh-poohed, but these statistics seem to indicate there is some merit in examining that.

“Complemented with having more guards on trains, it would be a way of combating these attacks, which have seen a very worrying increase in the past few years.”

Williamson suggested that “it may create a safe space”.[1]

Though he has stressed there would be no obligation on women to use it he is facing a backlash by his female colleagues and unionists.

“Can we make all carriages safe for all passengers rather than restricting where we can go?”

“[It] doesn’t keep women safe to restrict their movements – it normalises attacks. We need to be clear they [the attackers] are [the] problem, not women’s seating plans.”[2]

On the other hand, some find it difficult to understand why the option rather than an obligation is being so robustly opposed. Reminiscent of when then Prime Minister David Cameron “wanted a ban on gender-segregated audiences on campus even where men and women voluntarily separate themselves”,[3] we are reminded of a muscular liberalism which views the choice of social conservatism as unacceptable.

Nevertheless, a pertinent viewpoint was offered by a social media commenter who asked:

“Where would you draw the line though? Men only? Women with kids only? Erm certain races only? Surely it’s better to deal with the issue in this instance which is the fact that they are getting sexually assaulted. The solution to that isn’t to put them in a separate carriage but to deal with the issue so they feel safe to travel in any carriage.

There is a rise in hate crime on public transport particularly against the Muslim community. Would the solution be to put Muslims in a separate carriage? Personally I think definitely not.”[4]

There is the concern that in today’s increasingly fragmented and hostile society we could find this soft segregation spilling over and regressing into an enforced, quasi-apartheid, policy.

And yet, there have been similar such initiatives the world over with considerable success and support by citizens. In Egypt, carriages are reserved for women but they can still ride the other carriages freely; In Brazil, during rush hours on weekdays there is an optional dedicated passenger tube carriage for women; in Mexico there are women’s only buses; in Japan there are women-only carriages in both underground and overground trains; so it is too in India, Indonesia, Malaysia and even Germany as of 2016.[5]

There is much debate surrounding this topic. We would welcome your opinions on the issue. Please comment freely below.