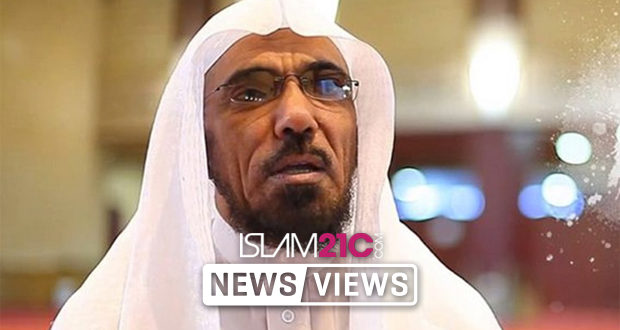 The Sheikh was arrested after he refused to obey an order made by the Saudi authorities to tweet a post in support of the Saudi-led blockade against Qatar. [2]

After refusing to comply, the Sheikh instead posted a tweet that called for reconciliation between the Gulf states. He was arrested without a warrant from his home only a few hours following the tweet that stated:

“May God harmonise between their hearts for the good of their people.” [3]

On Wednesday, Amnesty International insisted that the authorities in Saudi must release the Sheikh who has been detained for nearly five months without trial or charge. [4]

“The hospitalisation of Sheikh Salman al-Awda, aside from being deeply worrying and traumatic for his family, highlights his shameful treatment by the Saudi authorities. The authorities must ensure that he receives all necessary medical treatment, that he is allowed to communicate with his family and a lawyer, and – above all – that he is released from detention.”[5]

During September last year, Sheikh Salman was arrested at the same time as more than 20 other prominent scholars and academics. These include Sheikh Mohammad Musa al-Sharif, Awad al-Qarni and the world-renowned Muhammad Saleh al-Munajjid of IslamQA.com. [6] [7]

Saudi Arabia and several other Gulf states severed ties with Qatar seven months ago and imposed an air, sea and land blockade on the small state. [8] The conflict stemmed from accusations that Doha supports “terrorists” and “extremist groups” such as Hamas and the Muslim Brotherhood. [9]