Stand4Uyghurs hits the streets of Australia with 50+ Australian Muslim orgs 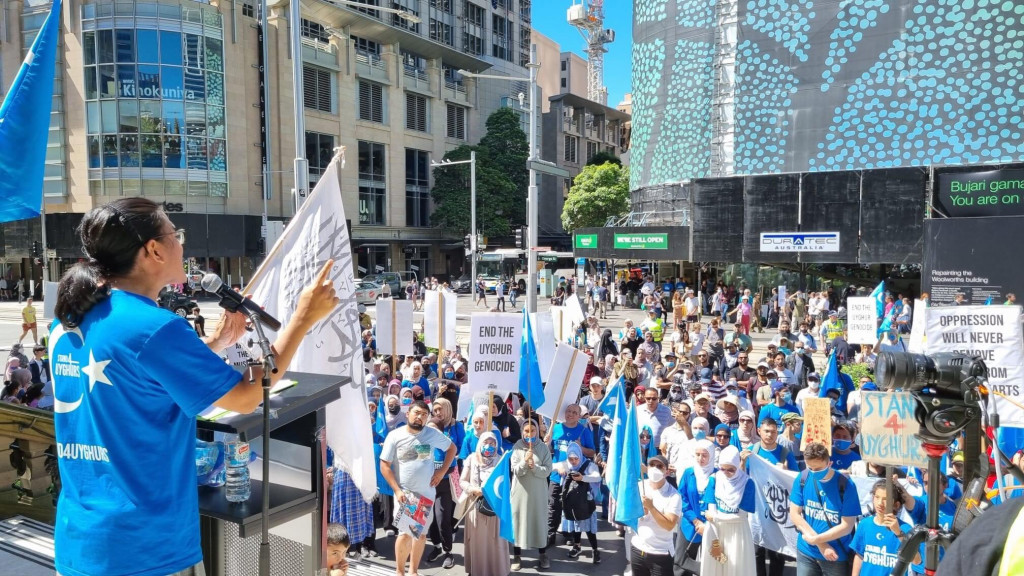 On the 20th March hundreds took the streets of Melbourne, Sydney and Adelaide to call for an end to China’s genocide of Uyghur Muslims in East Turkestan. Flags and voices were raised as well as demands to put an end to the Chinese government’s oppressive and abusive policies against Uyghurs.

“Why has it taken us so long to take this stand for a part of our Ummah?….We have a hierarchy, why? Alhamdulillah we’ve made a stand today but we can’t repeat the same mistakes, we have to be one Ummah and think as an Ummah and stand up for our brothers and sisters wherever they are. It is not acceptable that when one part of our body hurts I have a different reaction, that’s not one body.”  Uthman Badar

Yesterday our brothers and sisters across 4 different cities hit the streets to stand up for Uyghurs! What an incredible turn out Mash’Allah Tabarak’Allah ! pic.twitter.com/yuMz4qfves

Stand4Uyghurs is a coalition-based campaign which began with 50+ British Muslim organisations coming together with several thousand Muslims last July and November to stand in solidarity with Uyghurs outside the Chinese Embassies in London and Manchester. This weekend’s demonstrations marked the movement’s expansion to include 50+ Muslim organisations across Australia. 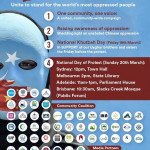 Stand4Uyghurs aims to reach every corner of the globe to mobilise the Ummah towards knowledge and effective action for the Uyghur cause. Last November 2021, 3000 people across London and Manchester hit the streets and protested outside the Chinese embassy and Consulate.

Islam21c’s Chief Editor and one of the founding members of Stand4Uyghurs, Dr Salman Butt, said:

“I’m extremely proud of our brothers and sisters down under. A few months ago they saw their brothers and sisters in London and Manchester stand up for Uyghurs and took the initiative to take Stand4Uyghurs to Australia. And the rest is history! This goes to show that our Ummah has great potential and is just brimming with creative and effective ways to express solidarity with its various parts.

“Senior Uyghurs told me that the Chinese Communist Party doesn’t care about western political outrage, but is shaking in its boots when it comes to Muslim civil society’s sentiment turning against them—since that represents a threat to their plans throughout the Muslim-majority world.

“These demonstrations all over Australia are—God willing—a tidal wave of more and more Muslims around the globe standing up to demand China halt its genocidal policies. Xi Jinping may think that he can exterminate Islam and Muslims in East Turkestan, but he is in for a rude awakening when he sees the Muslim Ummah coming together. It is a gradual process, but we are blessed to be part of it.”

“#China Out of East Turkestan”#Stand4Uyghurs protest in #Melbourne yesterday.

Members of the Ummah from all corners of the Melbourne community showed solidarity and support for our Uyghur brothers and sisters! 👏🤲#Uyghurs #Australia pic.twitter.com/Y4rF8pNs2e

A strong message of solidarity and support for our #Uyghur brothers and sisters from the #Ummah at the #Stand4Uyghurs protest in #Sydney.#Stand4Uyghurs #Australia pic.twitter.com/sE2hQZf9y7

"You love Allah and it's a sign of eman that you are standing here today. Calling for justice, calling to an end to this evil. This evil that's happening at the hands of the Chinese Communist Party!"

- Sh Ibrahim Dadoun at the #Stand4Uyghurs protest in Sydney on Sunday 20 March. pic.twitter.com/NHAs1lu6xC

We are humbled to see seas of blue across the globe stand in solidarity with our Uyghur brothers and sisters. Join the Stand4Uyghur Campaign and keep up-to-date with the latest developments and future action!