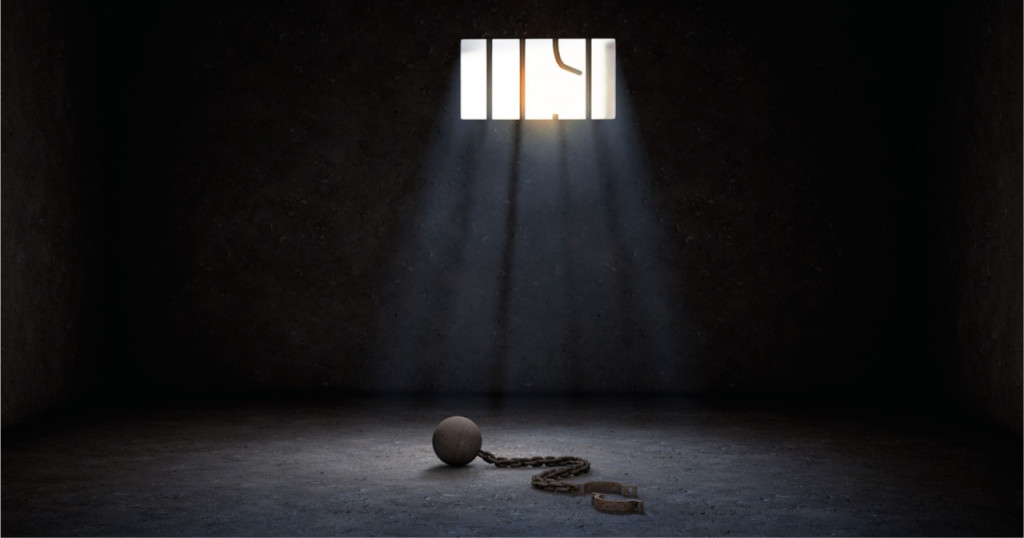 Dr Aafia’s case continues to be a dark stain on the so-called justice systems which have enabled her persecution. Her haunting story has been invisible amongst the ‘freedom’ and ‘justice’ movements. Moreover, her case like many others has taken a back seat in our priorities as an Ummah. The obligation to help the oppressed and free those unjustly imprisoned is a command from Allah (SWT), therefore, it is imperative that Aafia Siddiqui, ‘the most wronged woman in the world’ is freed and has her injustice voiced internationally.

On the 24th of March, Islam21c will be supporting the call to release Dr Aafia from the high security prison in Fort Worth, Texas, and be repatriated back to her home country, Pakistan. The virtual rally, organised by CAGE and the Coalition for Civil Freedoms (CCF) aims to bring the community together to actively advocate for her release.

Dr Aafia became a symbol of the Bush administration’s ‘Global War on Terror’ when she was first abducted while visiting her family in Karachi, Pakistan, along with her three children in March of 2003.[2] While it is alleged that she was kidnapped and handed over to the Inter-Services Intelligence (ISI) in Pakistan who then handed her over to the CIA,[3] neither the US nor the Pakistan government attest to being involved in her kidnapping but claim they were unaware of her whereabouts from the year 2003-2008.[4] Both governments maintain that they believe she was in hiding during these years.

She mysteriously reappeared in July of 2008 in Ghazni, Afghanistan where she was detained by Afghan police with an 11-year-old boy, who is thought to have been her son. An incident where she allegedly shot a US officer resulted in her being arrested and taken to the United States in August of 2008.[5] After multiple petitions from the community, the high court of Sindh and Punjab had ruled her ‘abduction’ to the US to be illegal and ordered the federation to work on repatriating Aafia Siddiqui.[6] Two of her children remain under guardianship of their aunt in Pakistan while whereabouts of her youngest son is still unknown.[7]

Although her whereabouts from 2003-2008 remain a mystery, it was later alleged that Aafia had spent part of those five years in the notorious Bagram prison in Afghanistan where she was subjected to physical, psychological and sexual abuse. Former Bagram detainees testify to these experiences, claiming her cries and screams could be heard across the facility’s corridors. British journalist Yvonne Ridley also spoke about ‘a woman in Bagram screaming’ who she referred to as the ‘Grey Lady of Bagram’.[8]

A flawed case of inconsistencies and defects

In February 2010, Dr Aafia was tried and convicted with charges of attempted murder and assaulting US servicemen in Ghazni, Afghanistan.[9] In September of that same year, Aafia was sentenced to 86 years in prison by Judge Richard Berman who, according to Dr Aafia’s lawyers, overruled significant opinion from the jury that there was premeditation.

However, the judge was seen to add enhancements that were not part of Aafia’s charges or conviction. This court decision was enacted despite several legal observers expressing significant inconsistencies and defects in the trial. What is more unsettling is that forensic and scientific evidence presented in the New York trial proved that Aafia could not have committed the crime.[10] It was actually Aafia who was shot in Afghanistan and suffered life-threatening injuries.[11] Despite this evidence, the judge still framed the case so that Aafia was perceived as guilty, resulting in her imprisonment.[12]

It appears that many intricate details of Dr Aafia’s case were omitted or tampered with to create ambiguity around the proceedings. These ambiguities essentially justified the US’s decision to detain and imprison her under the bogus ‘Global War on Terror’ rhetoric.

Freeing Our Sister Aafia is the Ummah’s responsibility

You will not see in the Sunnah of the Prophet (ﷺ) that if a person is unjustly imprisoned, the community does not mobilise to free them. It is not from the noble ethos of the Ummah of our beloved Rasul (ﷺ)  to  see a sister suffering injustice, let alone abuse and torture, yet  turn a blind eye. We must, with all the capacity we possess strive towards winning the release of our sister.

The obligation to free prisoners, especially those who have been unjustly imprisoned at the hands of oppressors, is emphasised in the Qur’an and Sunnah. Furthermore it is unanimously agreed upon by the great scholars of the past.

Imam Malik said, “It is obligatory on (Muslim) people to ransom the prisoners with all their wealth.” There is no difference of opinion among the scholars over this, since the Prophet (ﷺ) said, “Free the prisoners.”

Al-Qurtubi said, “Freeing the prisoners is obligatory on the Muslim, whether by war or wealth.”

Ibn Taymiyya said, “Freeing Muslim prisoners is one of the greatest obligations. Spending money from endowments (waqf) and other sources is one of the best deeds.”

The Power Of Our Du’ās

Dr Aafia is a noble mother, hafiza of Qur’an, dā’ī of Islam, an accomplished neuroscientist, and much more.Given all the hardship and suffering she has faced we pray fervently that she remains steadfast with Allah’s decree, hopeful in His mercy and optimistic in the Ummah.  The fact that such noble and heroic figures, who have suffered such persecution and sacrificed so much for Allah’s sake, still exist in our Ummah should fill us with confidence and pride that we belong to a blessed nation. During the precious upcoming nights of Ramadan, remember to keep Dr Aafia, her family and all those unjustly imprisoned in your du’ās.

May Allah release her, heal her of her mental and physical wounds, and return her to her family. May He place mercy in our hearts towards her and the wider Ummah and aid us in our efforts to free her. Āmīn.

All information in this article has been corroborated from publicly available sources and statements from Dr Aafia Siddiqui’s lawyers. 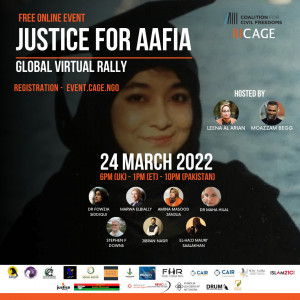