#TakingPreventToCourt: All the latest updates 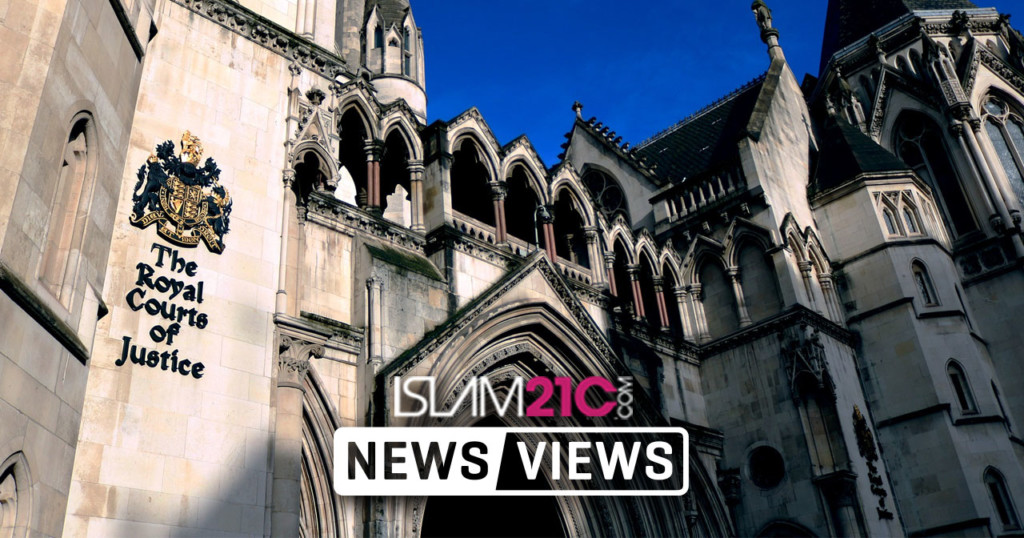 The UK government’s Prevent policy is facing a legal challenge in the Court of Appeals this week, on the application of Islam21c Chief Editor Dr Salman Butt against the Secretary of State for the Home Department.

Click here to read about this case in more detail.

The judiciary of England and Wales has chosen to live stream this case due to its “legal significance”.

Live-streaming of selected cases began in November 2018 to improve public access to, and understanding of, the work of the courts. This will be the third such cased being live streamed.

The feed below will feature the stream once it goes live. For more information visit the judiciary’s website here.

11:30am – Can the government monitor, collect and store citizens’ online information?

Paul Bowen QC is arguing that there are nine points that, if done by public bodies, should be considered as surveillance from which citizens have a reasonable expectation of privacy from the government.

1) An investigation is open

2) Creation of a file, and storing of information on that file

3) Carrying out of research online to build a profile

4) The use of automatic processing to obtain information (EAU has a social media monitoring policy, uses a research tool called RIPJAR – private company – that monitors social media and gathers everything for a search term) But we say use of Google itself involves automatic processing. That is why google is being sued by people wanting to be ‘forgotten’.

5) Receiving the fruits of such a search from a third party (e.g. HJS, Student Rights)

9) Disclosure of that information to the world

Paul Bowen QC is acting on behalf of Dr Salman Butt. Yesterday his argument was based on grounds of data protection and article 8 of the European Convention on Human Rights (ECHR), arguing that the Extremism Analysis Unit (EAU) has been breaching it. This morning he was arguing against the Prevent “duty” guidance on account of the vague “extremism” term.

10:52am – Paul Bowen QC: We are arguing that PDG (Prevent Duty Guidance) is unlawful because it equates extremism – non violent at that – with terrorism.

10:58am – Paul Bowen QC: “Where guidance is materially misleading and encourages a public body to acts unlawfully, then that guidance is unlawful.”

11:11am – Paul Bowen QC: Where one moves into the category of policing lawful speech, not by reference to non-violent extremism, there’s a real risk, particularly being implemented by normal people, there’s a real risk unless the guidance is very clear that it’ll be operated in a way that will in fact catch speech that is not unlawful, doesn’t risk terrorism, and would be a risk of Article 10.

Not only that, but this guidance and definition creates an atmosphere in which students fear expressing views…they’re less likely to go to university library and take out a book on Palestine, or convene a conference on Palestine, because they’ll afraid that they’ll be conceived as extremists.

11:21am – It is now the other side’s turn to present their submissions, on behalf of Defendant: the Secretary of State for the Home Department

12:02pm – “The EAU does NOT maintain a list of extremists” (On behalf of Defendant: the Secretary of State for the Home Department)

12:10pm – The defendant claims that the Extremism Analysis Unit (EAU) doesn’t do research into whether or not a person is an extremist. EAU was said to carry out “event flagging”; it flags to prevent coordinators “events of concern”, inviting the coordinator to “have a discussion” with the relevant authority.

3:15pm – Other side (on behalf of Defandant: the Secretary of State for the Home Department) arguing their case for Prevent Duty Guidance

3:22pm Judge: “You must be guided by this guidance, but you must ignore it”

3:42pm Judge: “Someone in a HR department in school has to call in a human rights expert to carry out their Prevent obligations?”

4:10pm – The judges have stated that the hearing will have to be completed today, so the court will continue to sit for as long as it takes today to complete the submissions

5:01pm – Paul Bowen QC: “At the heart of this case is the government’s definition of extremism”

5:07pm – Paul Bowen QC: What the EAU does in substance is exactly what they say they don’t do