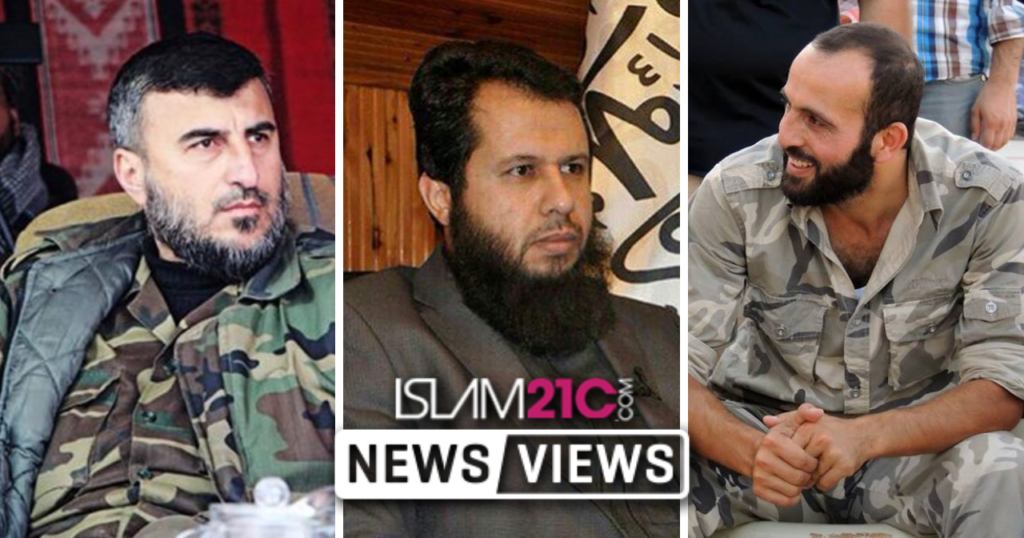 During an interview with Yeni Safak daily, the commander of the Mohammed al-Fateh brigade, Mahmoud Sulayman stated that between 2012 to 2014 the UAE and other gulf nations had given hundreds of satellite phones to a group of commanders.

“The passwords of the UAE-made ‘Thuraya’ and the British-made ‘Inmarsat’ satellite phones, which were given to group commanders by the UAE and Saudi Arabia, were shared with Damascus, thus this information led to the killings of dozens of opposition commanders” Sulayman said. [1]

Amongst those martyred by the Syrian regime and its allies include prominent opposition leaders such as Zahran Alloush, commander of Jaish al-Islam, Hassan Aboud and Khalid al-Suri of Ahrar al-Sham and Abdel Qadwr Saleh of Liwa Tawhid. According to the Syrian opposition commander, these leaders were martyred as a result of their locations being shared by the UAE and other gulf nations with the regime of Bashar al-Assad.

These revelations come amidst Abu Dhabi’s decision to reopen its embassy in Damascus after having closed it down seven years ago in the wake of the violent crackdown by the regime of Bashar al-Assad.

The UAE Minister of State for Foreign Affairs, Dr Anwar Gargash tweeted that “the decision of the United Arab Emirates to return its political and diplomatic work in Damascus comes after a careful reading of the developments, and Walid is convinced that the next stage requires the presence and communication of the Arabs with the Syrian dossier in the interest of Syria, its people, its sovereignty and its territorial integrity.” [2]

He further added that “the Arab role in Syria is becoming more necessary towards the regional Iranian and Turkish territorial change, and the UAE today, through its presence in Damascus, seeks to activate this role and to make the Arab choices present and to contribute positively towards ending the war and promoting the chances of peace and stability for the Syrian people.” [3]

The UAE reopened its embassy in Damascus last week, boosting support for Bashar al-Assad whose forces, propped up and supported by Russia, Iran and several sectarian Shia mercenaries, are regaining territory throughout the country. Following the reopening of the embassy, the UAE foreign minister labelled the Syrian opposition as “terror elements”. [4]

In another boost to Assad, the Syrian government will be readmitted to the Arab League after being expelled eight years ago. The move to reinstate Damascus back into the bloc has been led and supported by the same gulf nations allegedly responsible in the deaths of these commanders. [5]

The conflict in Syria has entered its seventh year with over 500,000 deaths and no signs of de-escalation. The crisis has increased tensions between the U.S. and Russia and has brought about a gridlock in the UN with Russia vetoing any resolution brought forth by the U.S. and its allies.