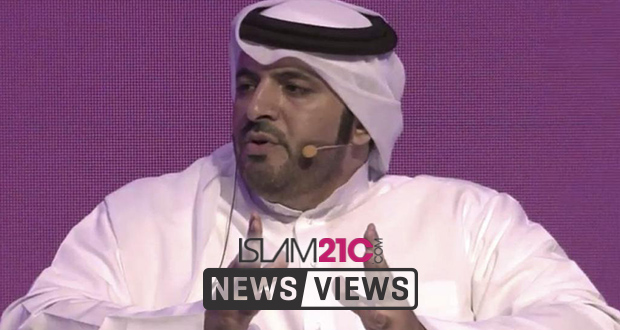 The London-based Centre for Public Affairs revealed that the UAE spent around $5.3 million funding an anti-Qatar conference that aimed to prove ‘Qatar’s sponsorship of terrorism groups’.[1]

In a statement released on Thursday 14th of September, the Centre for Public Affairs added that the lavish UAE Embassy in Knightsbridge paid part of the conference’s expenses, part funded by its embassy in Washington and from other government companies based in Dubai and Abu Dhabi.

The statement dubbed Thursday’s conference as one “run by Zionist and Pro-Israeli lobbyist(s)”, and an event that can justifiably be called a “UAE-AIPAC Conference”, due to its pre-selected, carefully crafted, anti-Qatar panel.

The panel hosted no Qatari opposition or even Qatari nationals or members from the UK parliament apart from three conservative, pro-Israeli politicians. The conference however, did not fall short in hosting the infamous Islamophobe, Founder and Executive Director of the Islamophobic think-tank, the Henry Jackson Society (HJS), Alan Mendoza.[2]

In another statement, the Centre reiterated that the UAE is using London as “a vehicle to harm Qatar’s stability, security and political system” and that the UAE is working tirelessly to create Qatari opposition, much of which is formed by “paid, recruited individuals and companies.”

In a statement released on the 5th of September, the centre embarrassingly revealed that the conference’s organiser ‘Khalid al-Hail’, supposedly a ‘Qatari opposition leader’ has in fact never worked in politics. This is not to mention that the young 29-year-old ‘businessman’, pictured as one of its financial sponsors has no current business activity in the United Kingdom.

Despite the millions funnelled into setting up the London conference, British media seemed largely uninterested in reporting it. Apart from Abu Dhabi’s ‘The National’ report with under a dozen ‘shares’, [3] amongst other Arab-based outlets, the media either brushed over the event, or failed to report it altogether in what reiterates many analysts’ views that the UAE is becoming overtly desperate, ready to channel huge sums of wealth to demonise the image of Qatar whilst others have found no reason to agree.