We are all Rohingya 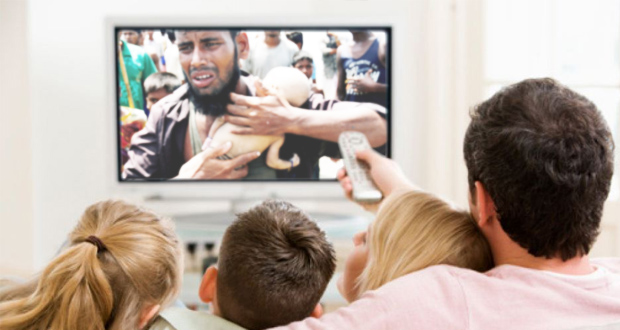 Sulawesi is an island in Indonesia very close to Burma. It is the place where the famous ‘selfie’ was taken by a macaque monkey, using a camera owned by the photographer, David Slater.  So popular and income generating was the copyright that an organisation by the name of ‘The People for the Ethical Treatment of Animals’ sued the photographer arguing that the monkey should benefit financially from the image rights.[1]

It is yet another shameful paradox of modernity that whilst some people are willing to fight for the image rights of a single monkey, few and far between are the people that appear to be willing to ‘fight’ for the right to life and mere existence of our 1.3 million Rohingya brothers and sisters.

The Rohingya Muslim are indigenous to Burma, however they have now become the ‘aliens’ in their ancestral homeland according to the Burmese authorities.  They are without doubt, ‘the most persecuted people on earth’.  The Rohingya are even denied the most fundamental of basic rights – belonging in the country not only of their birth, but that of countless generations before them.  Moreover, the large Muslim population were even denied the means of identifying themselves as ‘Rohingya’ in the last census because the option was not even available.[2]

According to the Burmese authorities, the Rohingya ethnicity is an invention devised by immigrants from Bangladesh.  Despite the objections from the Burmese authorities, including its leader, Aung San Suu Kyi, the world has continued to call them ‘Rohingya’.  Of all people, even the US ambassador to Burma said that communities “have the right to decide what they are called.”[3]

So persecuted are the Rohingya, that even India’s Prime Minister Narendra Modi is now threatening to deport India’s forty thousand Rohingya population.  The key problem he faces in such a move is: where would he deport them to?[4]

Days turn into weeks and the world remains in a state of paralysis as the Burmese military and Buddhist terrorists pursue a scorched earth policy, visible even from outer space, which burns out and slaughters the innocent Rohingya Muslims.[5]

The United Nations can swiftly impose sanctions on North Korea for missile testing, but it takes them over two weeks to merely come to the conclusion that what is happening in the Rakhine state might be ‘ethnic cleansing’. It is incredulous that some kind of linguistic test is needed to decipher what is the best terminology to describe the horror of what is happening in Burma.[6]

The simple and appalling truth is that the UN have even failed this simple test. Ethnic cleansing ‘might’ be the official description, however it sounds more like an Asian launderette than a crime against humanity. There is certainly no level of cleanliness when mass genocide, forced displacement, murder, mutilation, arson, rape and pillaging are the order of the day.

The Australian foreign minister, Julie Bishop, voiced her concerns about the fact that the Burmese military are laying land mines along the escape routes used by fleeing Rohingya refugees.  That said, despite heart wrenching examples such as the elderly Rohingya mother with one leg half blown off and the other badly injured being carried to safety due to stepping on a land mine, Julie Bishop merely sidestepped questions on whether Australia would be willing to take refugees.[7]

Not only are they having to contend with land mines as they flee, they are also facing utterly inhumane and unscrupulous ferry owners who are charging fleeing refugees a king’s ransom of $100 for a ferry ride to Bangladesh, rather than the usual 50 cents.[8]

Those who possess the ability to intervene or seek justice have been conspicuous by their absence, are shedding crocodile tears and have spent their entire time debating what words to use to describe the events. In the meantime and as the world looks on, the slaughter of the beleaguered Rohingya Muslims continues unabated.

However, despite all the agony and persecution, it is certainly heart-warming to see the levels of concern being shown by the general publics at home and the Ummah globally. People are sharing social media posts, attending demonstrations, writing letters, visiting embassies, collecting for charity, organising meetings, praying for the Rohingya Muslims, highlighting their plight and so much more. The pulpits across the world echo with duʿās for our brothers and sisters. And we must continue. Despite the treachery of the majority of our political leaders, the responsibility is on the rank and file of this Ummah to beseech Allāh and strive sincerely to alleviate suffering in whatever way is possible for us. Victory and the help of Allāh is near.

“Or do you think that you will enter Paradise while such [trial] has not yet come to you as came to those who passed on before you? They were touched by poverty and hardship and were shaken until [even their] messenger and those who believed with him said,”When is the help of Allāh?” Unquestionably, the help of Allāh is near.”[9]

Allāh (subhānahu wa taʿālā) will not ask the average Muslim why he or she did not send an army to help our brothers and sisters—He will question and hold to account those with armies under their command about that. But what He will ask us is: why did we not sign that petition that came our way?[10] Or donate that money we had been entrusted with to raise awareness or send aid.[11] Or write a letter to our MP or Foreign & Commonwealth Office demanding action.[12] Or share that social media post to do our part to help news go viral, circumventing the Islamophobic filters of so-called “mainstream” media. He will ask us about those things which are in our ability and sphere of influence. We can complain about the impotence of kings and presidents all day, but if we fail to do those things which are within our own abilities, then we should fear that we may be the same as them in the sight of Allāh. But if we do collectively do those things which are in our ability, then unquestionably, the help of Allāh is near.

Even though the courts of the dunya are silent, a Mu’min is not one who despairs or loses hope.  For we know that the Day will come in the court of the Most Supreme Judge when the reward for the Rohingya’s patience and sacrifice will be nothing less than Jannah. A Day where the burnt straw and wood-built homes will be replaced with palaces of gold and pearls. A Day where lost limbs will be replaced with youthful and eternal ones to wander as they please in safety and delight. A Day where the crossing of al-Sirāt will cost no worldly king’s ransom but merely the pleasure of the King of Kings.

May Allāh bring an end to this suffering soon, recompense the Rohingya Muslims in full for their sacrifices and suffering, and forgive us our shortcomings on the Day when we will be questioned on what we did to help our Rohingya brethren. Our Prophet (sallAllāhu ʿalayhi wa sallam) informed us that the Ummah is like one body. It would then behove us to remember that until the suffering of our brothers and sisters comes to an end, and however much the Burmese hates this identity—we are all Rohingya.