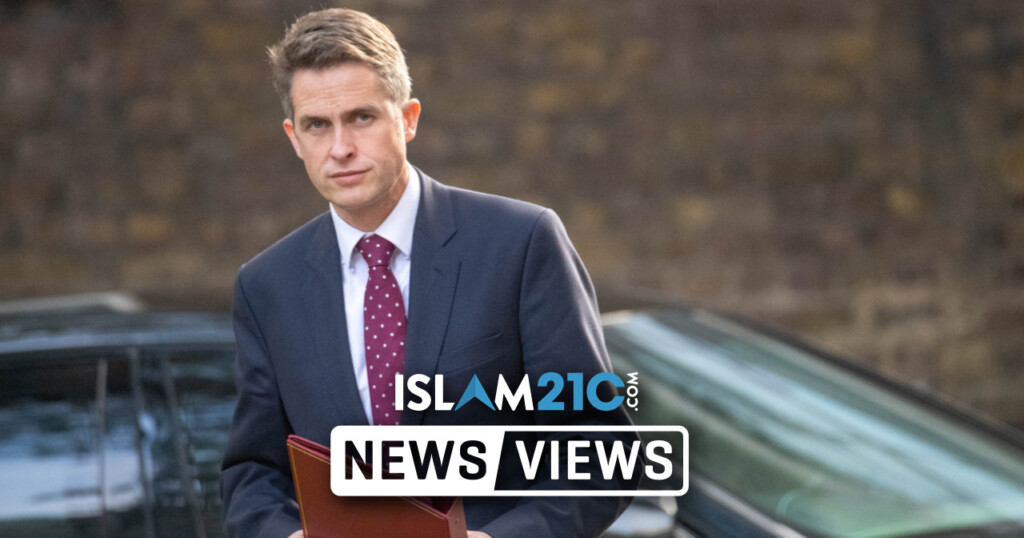 The Secretary of State for Education, Gavin Williamson, has been accused of illegally interfering in the right to free speech, as well as meddling in the affairs of autonomous places of further education in the UK.[1]

By arbitrarily imposing the International Holocaust Remembrance Alliance (IHRA) definition of anti-Semitism upon universities, the senior Cabinet minister found himself under fire from an assemblage of senior law professionals, including a duo of former Court of Appeal judges, Sir Stephen Sedley and Sir Anthony Hooper.

The response from the group of lawyers and judges comes after the Conservative MP for South Staffordshire said in an October letter to vice-chancellors that for any universities found to be in opposition to or ignoring the definition, he would seek suspension of public funding or other punitive measures to implement the IHRA definition on anti-Semitism on the institutions.

Antisemitism is abhorrent and I am urging universities to root it out by adopting the IHRA definition. If universities ignore the issue, I have asked officials to consider options e.g. directing the Office for Students to impose a new registration condition or suspending funding. pic.twitter.com/j6B5ZNc79T

The rebuttal letter, originally published in The Guardian, expressly states dissatisfaction at Williamson’s crass and heavy-handed approach to attempting to make universities follow his direction.

In its introduction, the letter begins by paying homage to the right to free expression:

“The legally entrenched right to free expression is being undermined by an internally incoherent “non-legally binding working definition” of antisemitism. Its promotion by public bodies is leading to the curtailment of debate. Universities and others who reject the instruction of the secretary of state for education, Gavin Williamson, to adopt it should be supported in so doing.”[2]

“Mr Williamson was legally and morally wrong last October to instruct English universities to adopt and implement the International Holocaust Remembrance Alliance (IHRA) definition of antisemitism. He has threatened to punish them with loss of income if they fail to comply. This would be an improper interference with their autonomy.” [2]

The letter highlights the issue of the IHRA definition of anti-Semitism being far too intertwined with the existence of ‘Israel’. It is therefore being argued that the definition is doing a great deal of harm in stifling free speech against the Zionist regime.

The letter also argues that as freedom of expression is a universal right for each and every individual, and is enshrined under the UK Human Rights Act of 1998 (a law itself derived from the United Nations’ 1948 Universal Declaration of Human Rights),[3] attempting to strong-arm higher education institutions into simply accepting a definition that is hardly fit for purpose creates a dangerous precedent in government overreach.

“The definition is often described as “the international definition of antisemitism”, but it has no legislative or other authority in international or domestic law. Noted scholars of antisemitism, including Prof David Feldman, director of the Pears Institute for the Study of Antisemitism at Birkbeck, University of London (2 December), have criticised its shortcomings.”

“The IHRA added to the definition illustrative examples of statements that could be antisemitic “taking into account the overall context”. The majority of these examples do not refer to Jews as such, but to Israel. They have been widely used to suppress or avoid criticism of the state of Israel.” [2]