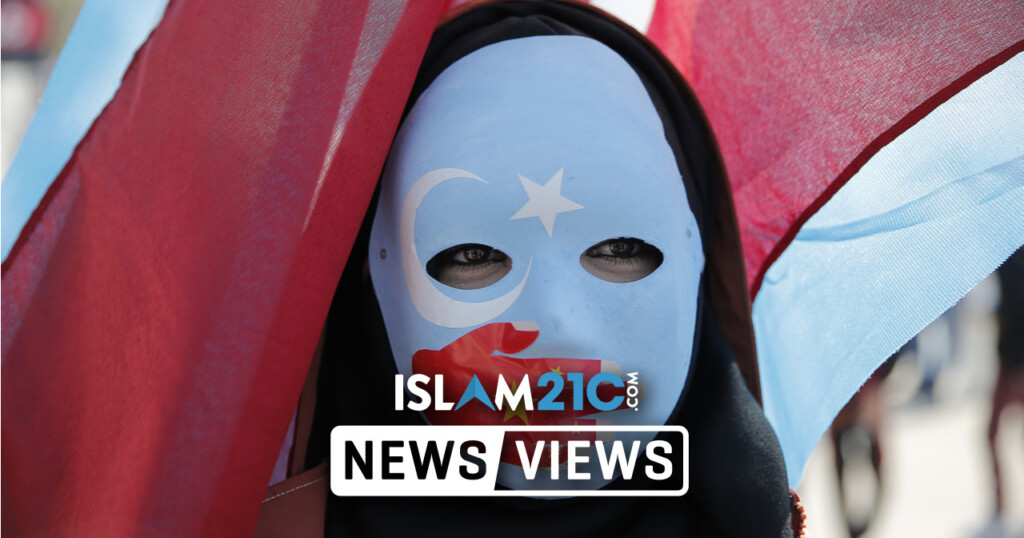 A critical report published this week by the Business, Energy and Industrial Strategy (BEIS) Committee of cross-party MPs has argued for the creation of “a whitelist and blacklist of companies which do and do not meet their obligations to uphold human rights throughout their supply chains.” [1]

“It is deeply concerning that companies selling to millions of British customers cannot guarantee that their supply chains are free from forced labour. Modern slavery legislation and BEIS Department policy are not fit for purpose in tackling this grave situation.” [1]

The Conservative MP for Wealden went on to say:

“The Government must act to strengthen the Modern Slavery Act, introduce a tougher business policy framework, and examine the use of targeted sanctions to ensure every effort is made to stamp out profiteering from these abuses.” [1]

The report makes a number of recommendations, chief of which is that the Government hasten to “amend and strengthen” the Modern Slavery Act, which campaigners have argued is now obsolete and “has no teeth” to punish those who contravene the law. [2]

In addition, the Department for BEIS is called on to “commit to full transparency in terms of official development assistance channelled to China.” [1]

The report by the BEIS Committee comes shortly after the Government was accused of engaging in political chicanery concerning a genocide clause on a bill designed to give British courts more powers to determine if a country is committing genocide. The Government manipulated the parliamentary schedule so that although members of the House of Lords separately voted on two distinct propositions, a campaigner raised the issue, saying:

“…it is not clear why the clerks regard it acceptable to treat the MPs’ endorsement of one Lords amendment as endorsement of the other. They should not be bundled together. It is not even a parliamentary trick, it is a denial of democracy.” [3]

In related news, the tech giant Apple has decided to sever ties with a manufacturer that provides cameras and touch modules for the company’s iPhones.

The Chinese firm O-Film Group reported to the website of the Nikkei Stock Average that an unnamed customer had recently informed the company of its decision to terminate business, with O-Film adding that the business relationship with the client amounted to 22.5% of its total revenues for the year 2019.

The $1.8bn in sales is to be ceased after Apple began to tighten up and review its supply chain, which is heavily dependent on Chinese firms. The smartphone and computer manufacturer was previously reported to be lobbying against a federal bill in the US that would considerably affect its ability to conduct business with firms alleged to be benefiting from Uyghur slave labour in the Xinjiang province. [4]

However, the trillion-dollar company now seems to be looking elsewhere, as O-Film was one of the 11 Chinese companies added to the US Commerce Department’s Entity List in July 2020 – essentially a blacklist of firms, organisations, and people sanctioned for being “reasonably believed to be involved, or to pose a significant risk of becoming involved, in activities contrary to the national security or foreign policy interests of the United States.” [5]

Remarkably, Apple is only the tip of the iceberg when it comes to O-Film’s clients, with the Chinese firm having deals with HP, General Motors, Amazon, Microsoft, and Dell, among other American companies. In addition, Samsung, Oppo, Sony, and Huawei are also notable customers of the Chinese electronics firm, which has been around since 2002.

As more awareness is raised concerning the plight of the oppressed Uyghurs, it is becoming increasingly clear that the world is unknowingly complicit in their suffering.

Last month, the Thomson Reuters Foundation was provided data concerning London’s CCTV cameras. Shockingly, analysis of the data found that over half of London’s boroughs are using Chinese-made surveillance systems that are connected to the abuse of the Uyghur people in Xinjiang. [6]

These companies are alleged to have exploited Uyghurs in testing their products. As London-based Uyghur activist Aziz Isa Elkun said:

The BEIS Committee report and news of Apple changing its supply chain are both significant. In recent months, various countries—including Canada, the Netherlands, the US, the UK, and Australia—have been vocal in their condemnation of the Chinese government’s treatment of the Uyghurs. However, China continues to be dismissive of such remarks and statements, continually suggesting that foreign countries not meddle in China’s internal affairs.