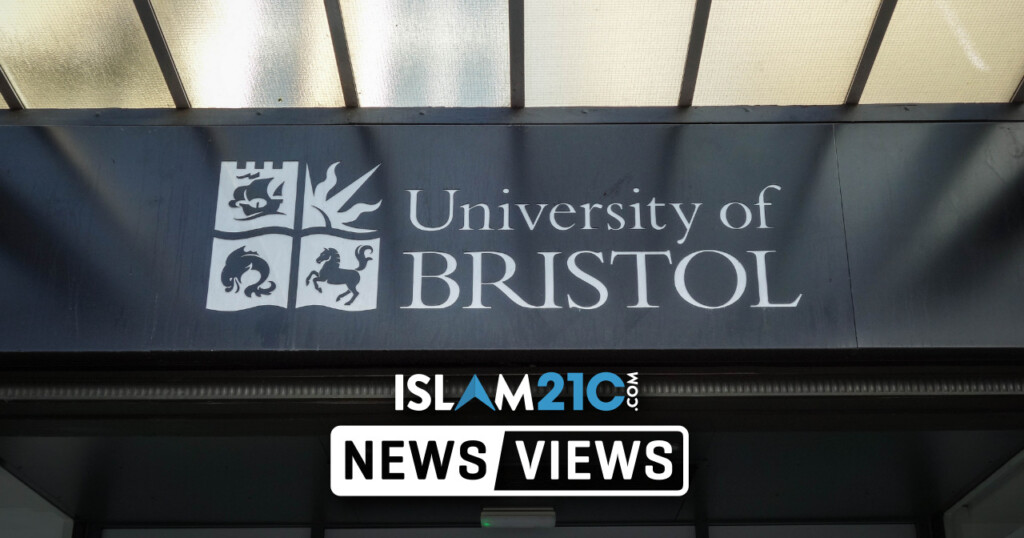 The University of Bristol Islamic Society (Brisoc) has launched a social media campaign with the hashtag #ScrapTheModule, whilst releasing a damning statement concerning a law professor for “Islamophobic, bigoted and divisive” remarks made during a number of classes in a module of which he is in charge.

In the statement co-signed by eight student groups at the University of Bristol, Brisoc argues that Steven Greer, Professor of Human Rights, has on a number of occasions in recent years exhibited a tendency to make unfounded and discriminatory remarks towards Muslims.

In the statement, the Islamic society writes:

“The University of Bristol Islamic Society is alarmed by multiple complaints against Professor Steven Greer of the Law School for his reported use of discriminatory remarks and Islamophobic rhetoric. We are disappointed by the apathy and the lack of action taken by the university when these concerns were brought to their attention. The university has not held Professor Greer accountable nor taken the concerns of Muslim students seriously, despite numerous complaints raised by students over the last few years. After having engaged the university over a number of months without any progress, we feel it is now necessary to make the public aware.” [1]

Greer has previously allegedly provided justification for the Chinese government’s oppressive and genocidal stance against the Uyghur population in Xinjiang, claiming that “if a particular piece of legislation impacts disproportionately against a group, it looks ‘superficially’ like it is discrimination…this is the case with China – Muslims in re-education camps”. Greer went further by saying regarding the Uighur oppression that “most difficulties stem from the Islamic influence upon it”. [1]

It is evident from Brisoc’s statement that the society has exhausted its attempts at communicating with university leadership and addressing Greer’s “hostility and bigotry towards Muslims”.

Under the guise of ‘academic freedom’, the law professor has received numerous complaints from students for making false claims against Islam and Muslims. In a YouTube video on the toxic and failing Prevent scheme, Greer said that due to “jihadi terrorism” being the “principal terrorist threat the UK faces”, it is acceptable for the British government to disproportionately target Muslims.

The statement by Brisoc goes further to demand the following of Greer:

– A statement of apology to all Muslim students, making it clear that his remarks are an opinion rather than objective truth

– Removal of this material from his teaching and the module

– A firm commitment from him to not to make such statements in future teaching.

If the above is not adhered to, the society is demanding a consideration of further disciplinary action, including suspension and/or dismissal of Greer.

In addition, the following points are demanded from the University of Bristol:

– A written apology for funding, supporting, and promoting Greer’s work and teaching, as well as damage caused

– Continuous detailed updates on this case to all Muslim students

– A review of the systems in tackling and reporting Islamophobia at the University of Bristol, which also involves the Islamic society as the representative body of Muslim students on campus.

The Federation of Student Islamic Societies (FOSIS) has also lent its backing to the campaign by Brisoc, saying in a statement that it “stands in solidarity with Bristol Islamic Society (ISoc) against the injustice of Islamophobia that they are facing on their campus.” [2]

“FOSIS remains firmly opposed to all forms of Islamophobia, which continues to alienate and enables further prejudice and hostility towards the Muslim community.  Policies such as Prevent have only fuelled such suspicion and alienation of Muslims, providing state cover for the Islamophobia experienced by Muslims in their day to day lives.”

“We will continue to support Islamic Societies and Muslim students to effectively hold their institutions to account in tackling Islamophobia. We must ensure that a proper framework is adopted which comprehensively understands the essence of Islamophobia and effectively problematises the views such as those espoused by Professor Steven Greer.” [2]

The full list of co-signatories to the statement is as follows: