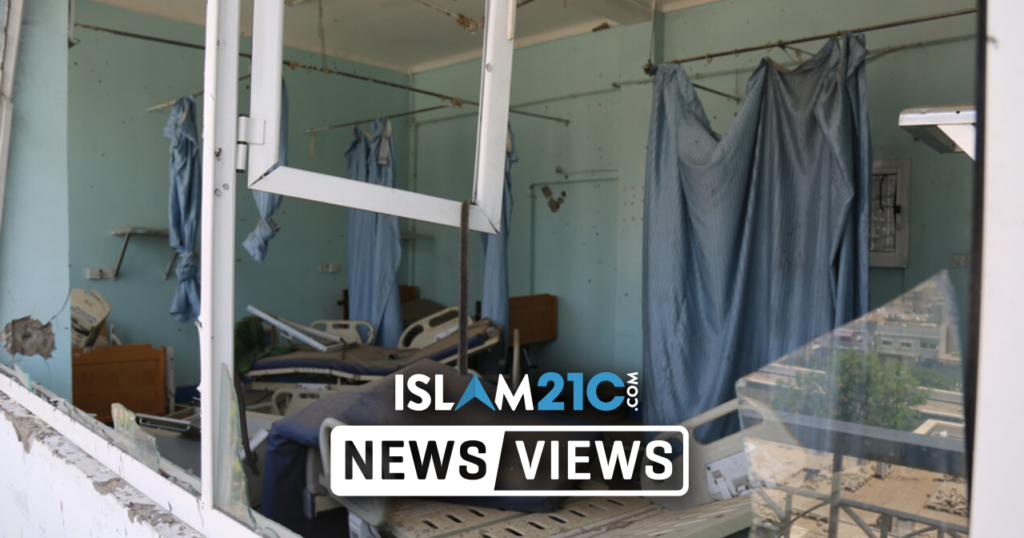 A report published this week highlights how hospitals and doctors have been targeted at least 120 times during the Yemen conflict between a Saudi-led coalition and the Iran-backed Houthis. However, the analysis only covers events up to December 2018, so this number is likely to be far greater.

The report on the impact of the war on the health system was compiled jointly by the Physicians for Human Rights (PHR) and a Yemeni rights group, Mwatana. The report states that the 120 incidents between March 2015 and December 2018 were spread across 20 out of 22 Yemeni governorates,[1] yet do not represent the total number of attacks on the health sector.

The incidents include airstrikes and shelling of medical facilities and workers, looting of aid, occupation of health facilities, and other forms of assault. Upon the launch of the report, Mwatana’s advocacy director Osamah Alfakih told The Guardian, “All the warring parties have displayed a sustained recklessness for civilian life.”[2]

The report also cited the lack of transparency from the coalition, stating that it was unclear what precautions they had adopted to minimise harm to the Yemeni health sector.[3]

The following are extracts from the Executive Summary:

“The warring parties [including the Saudi-Emirati-led coalition, the Houthi armed group, and the Yemeni government] have damaged or destroyed health facilities through airstrikes and shelling, depriving Yemeni civilians of desperately-needed medical services. Parties to the conflict have also occupied medical facilities, commandeered the provision of medical services to exclude large swathes of the population, and assaulted medical professionals, among other abuses.”[4]

“Saudi-Emirati-led coalition forces have primarily destroyed and damaged hospitals, clinics, vaccination centres, and other medical points through aerial attacks. The coalition’s attacks impacting health facilities assigned exclusively to medical purposes are evidence of its disregard for these structures’ protected status and apparent unwillingness or inability to comply with the principles of distinction and proportionality – including through target verification, timing of attacks, weapons choice, and prior warning.”

The Houthi armed groups and other warring parties’, including forces loyal to the internationally recognized Government, use of indirect fire weapons with wide-area impact – including mortars – that affected health facilities as documented in this report appears indiscriminate in nature. The Houthis’ and other armed groups’ occupation of health facilities points to a more deliberate violation of the protected status of medical structures and effectively denies medical services to populations in need.”

“Other armed forces, including those supported by individual coalition member states, have commandeered and looted medical facilities and intimidated, and threatened health workers.”[5]

At the launch of the report, Rayan Koteiche, a researcher for PHR, commented:

“Each attack on a health facility reverberates far beyond its walls. The killings of doctors, nurses, and other health workers deprive communities of desperately-needed health care. Collectively, these attacks have decimated Yemen’s health care system and caused untold suffering and death.”[6]

The recommendations, which addressed all parties including the international community, once again specifically called for the cessation of arms sales, which is the key enabler in the conflict:

“To Canada, France, the United Kingdom, the United States and Other States Supplying Weapons to the Saudi-Emirati-led Coalition: Immediately cease the sale or transfer of weapons to members of the Saudi-Emirati-led coalition contingent upon full respect for international humanitarian and human rights law in coalition operations in Yemen, and comprehensive efforts toward effective accountability for all alleged crimes and violations committed throughout the conflict.”[7]

A similar call was made to Iran regarding their support of the Houthi rebels.

The war has seemingly quieted down in recent weeks during the COVID-19 pandemic and recent political maneuvers in Saudi Arabia. However, this is not expected to last, and may even simply be a perception caused by the media’s exclusive attention on the ongoing pandemic.

Yemen, having already been one of the poorest countries in the region, has been totally devasted by the war. Over two thirds of its 28 million population are in need of aid, with many in poverty and facing disease.

There have been no reports of COVID-19 from Yemen as yet. But much like Syria, this is hoped to be due to a lack of travel to the region, yet could also realistically be due to the lack of facilities to test for the virus, as well as the many pressing life and death issues facing the general population.

Alarm bells are ringing should the virus spread, given Yemen’s severely damaged health system. The president of the International Rescue Committee, David Miliband, who voted for the Iraq war in 2004, warned that the virus would “thrive in active war zones like Yemen and Syria, putting the lives of thousands of civilians in even more danger.”[8]