Sh Haitham: How to Pray During a Lockdown – Coronavirus 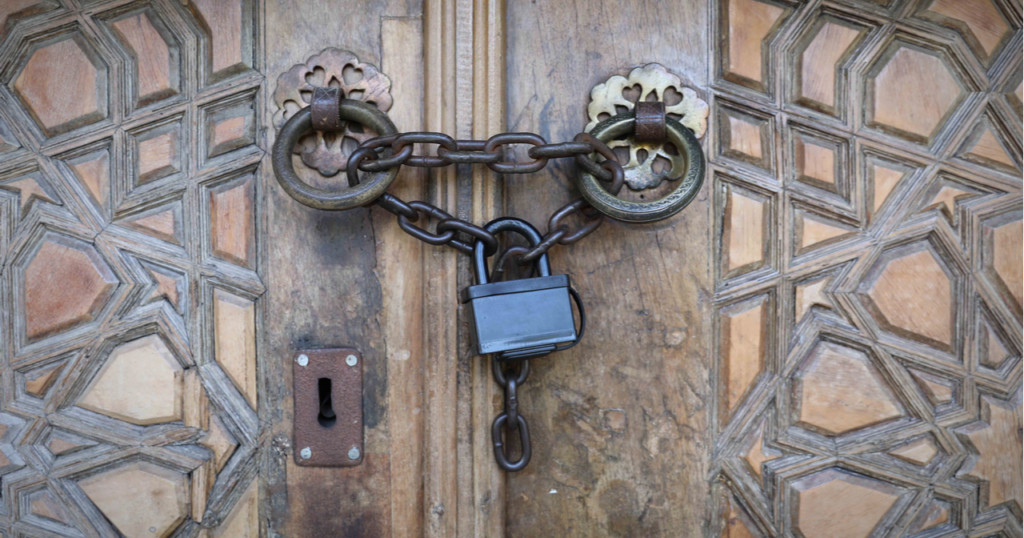 Sh Haitham al-Haddad’s opinion on what Muslims can do for their Jumu’ah (Friday) and daily prayers when their mosques are closed.

All praises are to Allāh, the Most Kind and the Most Merciful, and may His peace and blessings be upon the Prophet Muhammad (sall Allāhu ʿalayhi wa sallam).

Many Muslims are asking about what they should do if their local masājid close due to the Coronavirus pandemic. What follows is an explanation of what they can do for Jumu’ah and congregational prayers.

First of all, I have stated on many occasions that I categorically disagree with the full closure of mosques (when there is an alternative such as reducing congregations), the reason being that no one has the right whatsoever to control the Houses of Allah. He assigned them for Himself. One of the scholars of the second generation (tābi’īn), Amr Ibn Maymūn al-Awdi said: ‘I found the companions of the Prophet ﷺ saying: The mosques are the houses of Allāh on the earth and it is a duty on Allāh to honour those who visit them’.[1]

“And the mosques are for Allāh (Alone), so invoke not anyone along with Allah.”[2]

Therefore, no one has the right to stop the Dhikr of Allah in them. That is why Allah says,

“And who are more unjust than those who prevent the name of Allah from being mentioned in His mosques and strive toward their destruction. It is not for them to enter them except in fear. For them in this world is disgrace, and they will have in the Hereafter a great punishment.”[3]

However, this fatwa is not addressing this issue, rather it is addressing what can be done by congregants if they are closed.

Adult, male Muslims who are not in a state of safar (journey), who are healthy and fit should try to perform Jumu’ah as much as they can. This ummah of Muhammad ﷺ is the Ummah of Friday and Allāh distinguished this Ummah from other nations by choosing Friday for them. The Prophet ﷺ said:

“Among the most excellent of your days is Friday; on it Adam was created, on it he died, on it the last trumpet will be blown, and on it the shout will be made, so invoke more blessings on me that day, for your blessings will be submitted to me…”[4]

Also, Allāh revealed an entire chapter in the Qur’ān and called it Sūrat al-Jumu’ah. In that chapter Allāh speaks about People of the Book the whole way through and then says the important verse:

“O you who have believed, when [the adhan] is called for the prayer on the day of Jumu’ah [Friday], then proceed to the remembrance of Allāh and leave trade. That is better for you, if you only knew.”[5]

This shows the significant quality that distinguishes Muslims from non-Muslims is the establishment of Jumu’ah prayer on Friday.

“We who are the last shall be the first on the Day of Resurrection, except that every Ummah was given the Book before us and we were given it after them. It was this day which Allāh prescribed for us and guided us to it and the people came after us with regard to it, the Jews observing the next day and the Christians the day following that.”[6]

If those men cannot find a Jumu’ah congregation to join, then they should try to establish Jumu’ah wherever they can. For example, a few of them can gather together and establish Jumu’ah at someone’s home, or even at parks, as long as they do not cause danger, a nuisance or obstruct public areas. Some of the conditions scholars gave for Jumu’ah were for normal circumstances. In abnormal and emergency circumstances we should go for the most convenient view to maintain our dīn and the symbols of Allāh. “So fear Allah as much as you are able and listen and obey.”[7]

The Prophet ﷺ said, “Do not ask me unnecessarily about the details of the things which I do not mention to you. Verily, the people before you were doomed because they were used to putting many questions to their Prophets and had differences about their Prophets. Refrain from what I forbid you and do what I command you to the best of your ability and capacity”.[8]

We have to be careful of the warning given by the Prophet ﷺ when he said:

“He who leaves the Friday prayer for three (consecutive) Fridays on account of carelessness, Allāh will print a stamp on his heart.”[9]

If you try your utmost to pray Jumu’ah and cannot because you are unable to get in to a mosque and you do not have the minimum number of people required, then you must pray Dhuhr instead.

It could be argued from a worldly perspective that gathering in the mosque for Jum’uah or daily prayers will add to the spread of the virus. While we take all proven precautions, we must remember Allāh is the one who causes means to reach their ends. We remember His ability over all things and His subjugating of the creation to us when we obey His commands and establish His glorification on the earth, as the Prophet said to a then young boy, Ibn ‘Abbās, ‘Preserve Allāh; He will preserve you’.

“And if Allah should touch you with adversity, there is no remover of it except Him; and if He intends for you good, then there is no repeller of His bounty. He causes it to reach whom He wills of His servants. And He is the Forgiving, the Merciful.”[10]

I would like to re-emphasise the importance of repentance and going back to Allāh, asking Him to lift this calamity and in the end make it goodness for Islām, Muslims and humanity entirely.

May Allāh remove this calamity of suspending the congregational prayers and may Allāh lift the cause of it. May peace and blessings be upon our prophet sall Allāhu ʿalayhi wa sallam.