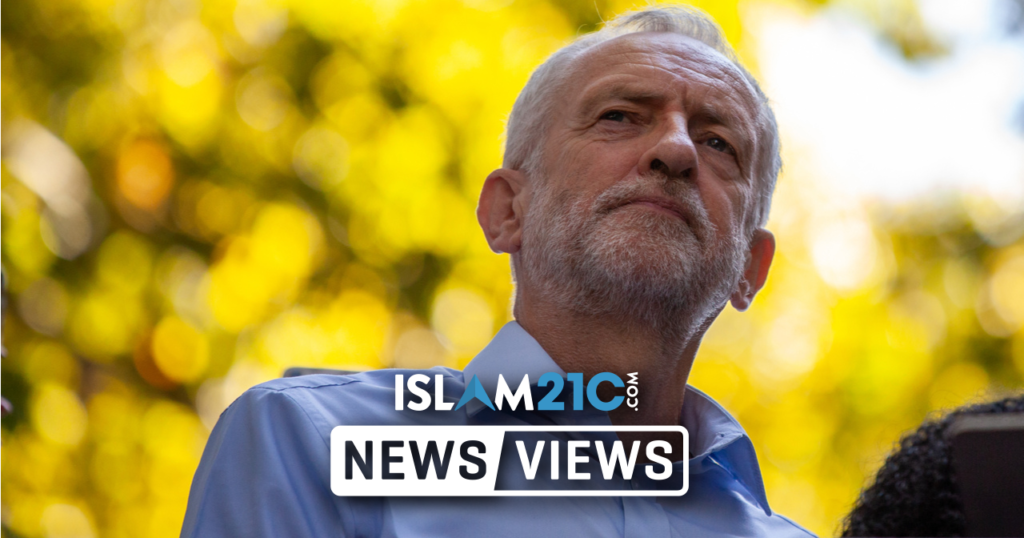 In another twist in the Jeremy Corbyn anti-Semitism saga, the Islington North MP was reinstated to the Labour Party on Tuesday. Despite this re-admittance, the Leader of the Labour Party Keir Starmer (himself formerly a member of Corbyn’s shadow cabinet) has refused to re-instate the whip.

So whilst Corbyn may re-take his seat in the House of Commons, he will not do so as a Labour MP, nor will he be able to contest the next election as one, unless and until the Labour leader changes his position.[1] In response to the decision, Jeremy Corbyn’s solicitors have challenged the Labour Party’s decision and have written to call for his suspension to be lifted.

Starmer has faced criticism as twenty-seven of his MPs have publicly condemned his decision to exclude Corbyn from the parliamentary Labour party (PLP). The Labour MPs signed a statement describing Starmer’s decision as “wrong and damaging” and saying the decision should be swiftly reversed.

The decision to not restore the whip to Jeremy Corbyn is wrong. It should be swiftly reversed. Our statement. pic.twitter.com/7saQxGiqKE

Corbyn was suspended from Labour on 29th October following the publication of the Equality and Human Rights Commission (EHRC) report on anti-Semitism within the Labour Party. Corbyn was accused of downplaying the issue with his remarks that anti-Semitism had been “dramatically overstated for political reasons by our opponents inside and outside the party, as well as by much of much of the media”.[2]

Starmer labelled the findings of the EHRC report “a day of shame”[3] for Labour and swiftly suspended the veteran MP and former leader for his comments.

However, the Disputes Panel of the National Executive Committee of the Labour Party made the decision to re-admit Corbyn to the party following the submission of a clarification of his original comments and his acceptance that anti-Semitism had not been “exaggerated”.  Despite Corbyn’s clarification, Starmer has refused to return the whip to the long-term anti-racism campaigner, to the dismay of many left-leaning MPs and party members.

Jon Lansman, founder of the Momentum movement that catapulted Corbyn to leadership and which acted as his most vocal supporter, has condemned Starmer’s actions as “political interference”, which is ironically precisely what the ECHR report criticised the Labour leadership of doing.

Starmer has declined to comment on his decision in detail but has attempted to lay the blame for the farcical situation on the party’s disciplinary policy, which he says needs to be reformed as part of the EHRC report recommendations. Starmer commented:

“The disciplinary process does not have the confidence of the Jewish community. That became clear once again yesterday. It is the task of my leadership to fix what I have inherited. That is what I am resolute in doing and I have asked for an independent process to be established as soon as possible.”[4]

The General Secretary of Unite the Union and one of the most powerful figures in Labour, Len McCluskey has described Starmer’s decision as “vindictive and vengeful”. McCluskey who is effectively one of the party’s biggest donors said Corbyn is suffering “continued persecution” from a leadership “capitulating to external pressure”.

I am astonished at the decision to withdraw the PLP whip from Jeremy Corbyn. This is a vindictive and vengeful action which despoils Party democracy and due process alike and amounts to overruling the unanimous decision of the NEC panel yesterday to readmit him to the Party. 1/3

At a time when the coronavirus pandemic continues to rage, the Conservative Party is in disarray, Boris Johnson’s leadership is in turmoil like never before, Brexit remains a spectre on the horizon with no deal, the economy continues its pandemic nose-dive, and public money is handed out like sweets to Tory mates in the unfolding PPE scandal, it seems inconceivable to many within the Labour Party that Starmer has chosen this moment to plunge the party into civil war. Many social commentators have said what the country really needs now is strong opposition that can hold this government to account and plot a course out of this global crisis.

Whilst many will welcome Starmer’s determination to stamp out anti-Semitism within the Labour Party and wider society, some are asking if he shares such passion when dealing with alleged war criminals such as Tony Blair, who continues to be a member of the Labour Party despite taking the UK into an illegal war that killed countless civilians, destroyed an already impoverished country, and has directly led to the turmoil currently seen across the Middle East.