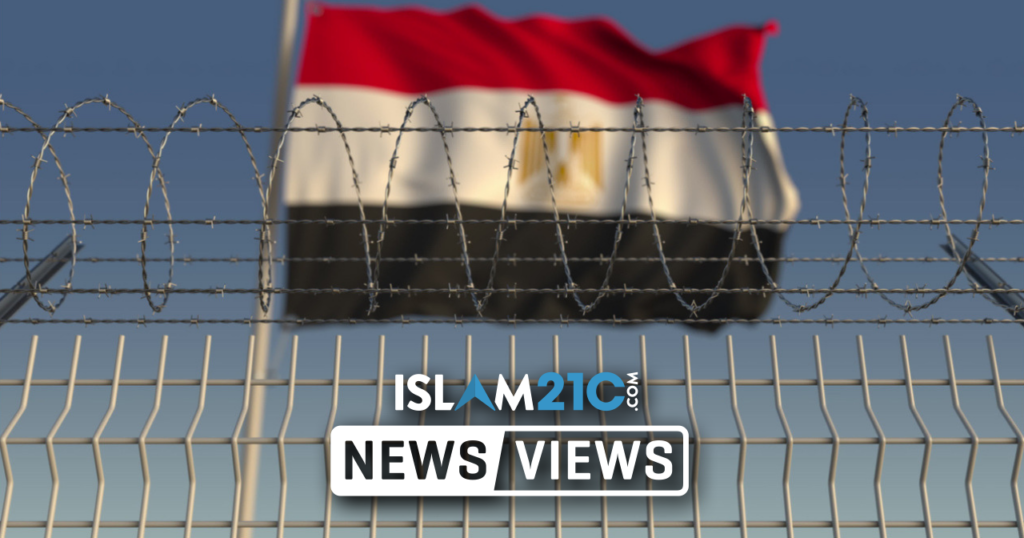 Blindfolded and handcuffed, an Uyghur student of al-Azhar University in Cairo, Abdelmalek Abdel Aziz, found himself being questioned in Egypt by Chinese officials. In broad daylight, Abdel Aziz was remanded by coup authorities together with a group of his colleagues and taken to a police station, where Chinese officials interrogated his reasons for being in Egypt.

The three officials spoke to the student in Chinese and addressed him by his Chinese name rather than his Uyghur one. Abdel Aziz, 27, divulged details of the 2017 incident to the AFP news agency. He added that more than 90 Uyghur students of Islamic sciences, originally from China’s Muslim minority living in northwest China’s Xinjiang Province, were arrested.

Abdel Aziz added that Egyptian police told them that Chinese authorities had accused them of being ‘terrorists’, but that they clarified they were only students at al-Azhar.

China is one of Egypt’s biggest foreign investors and has poured enormous amounts of money into mega-infrastructure projects such as Egypt’s new administrative capital east of Cairo. Trade between the two countries hit a record $13.8 billion last year. Three weeks before the Egyptian security crackdown, Egypt’s coup head Abdel-Fattah el-Sisi signed a security memorandum with China focusing on “combating terrorism.”[1]

After rigorous interrogation that lasted a few days at a police station in Nasr City, one of Cairo’s affluent neighbourhoods, Abdel Aziz was sent to Tora Prison, one of Egypt’s most notorious maximum-security prisons. The prison, housing criminals and political prisoners, is given the moniker “the Scorpion.”

Tora Prison is known for the unspeakable torture and abuse that happens within its walls. It has been described as having “degrading conditions without beds, mattresses, or basic hygienic items … [prisoners are] humiliated, beaten, and confined for weeks in cramped ‘discipline’ cells.” Since 2013, Tora has emerged as a central prison for opponents of the coup, and has incarcerated tens of thousands for bogus ‘terrorism’ charges.[2] Abdel Aziz was released after 60 days in detention and fled to Turkey in October 2017.

Another Uyghur student, Shamsuddin Ahmed, tells the details of his arrest on July 4th 2017 outside the Musa ibn Nusayr mosque in the Nasr City district. Ahmed, 26, told AFP that his father went missing in Xinjiang in the same month: “I still don’t know if he is dead or alive.”

According to Ahmed, black vehicles with no license plates stopped in front of the mosque after the end of ‘Asr (evening) prayers, and several policemen emerged and arrested many worshipers. Ahmed was also transferred to the Tora prison complex.

“I was scared when I got there, it was dark, and I asked myself how we would get out of here. I was afraid we would be handed over to Chinese authorities,” he said.

Two weeks before their release, Uyghurs and other Chinese Muslims of different ethnic origins were divided into three groups. Each was given a certain colour: red for those marked to be deported to China, green for those to be released, and yellow for those to be asked further questions.[3] Inside the prison, Uyghur detainees were divided into two large groups, each containing 45-50 people, and then transferred to large cells for weeks.

Ahmed said that during his 11 days in police custody, three Chinese officials questioned him specifically about his father, requesting his whereabouts and how he sends him money. Ahmed was fortunate to be in the ‘green group’, and after his release fled to Istanbul where thousands of Uyghur Muslims have found a safe haven. Experts believe that the devastating impact of the 2017 campaign launched by the coup regime has reduced the size of the Uyghur society to just fifty families from about 6,000 people.[4]

According to human rights organisations, millions of Uyghurs (and other Muslim minorities mainly from the East Turkistan region) are being held in a vast network of concentration camps in China undergoing alleged political rehabilitation. Beijing says these “education centres” are necessary for countering religious extremism, but reports have emerged of physical and mental torture, children being forcibly separated from their parents, and many forced to denounce their religion and pledge loyalty to the Communist Party.[5]