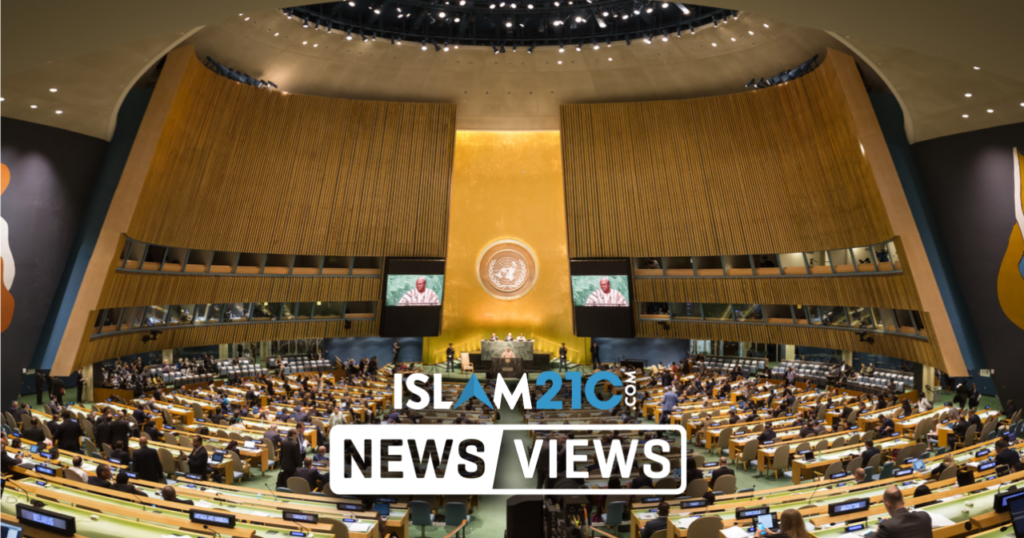 According to UN experts and activists, China is holding one million people, particularly Uyghur Muslims, in detention centres. However, China describes them as “re-education camps” aiming to “stamp out ‘extremism’ and give them new skills”. [1]

The letter, dated 8th July, was released on Wednesday, expressing concern over “credible reports of arbitrary detention in large-scale places of detention, as well as widespread surveillance and restrictions”. [2] It was sent to the Human Rights Council president, Coly Seck, as well as to the High Commissioner for Human Rights, Michelle Bachelet. [3]

“We call on China to uphold its national laws and international obligations and to respect human rights and fundamental freedoms, including freedom of religion or belief, in Xinjiang and across China. We call also on China to refrain from the arbitrary detention and restrictions on freedom of movement of Uighurs, and other Muslim and minority communities in Xinjiang.” [2]

Despite the letter possibly being the “only available option” for activists to highlight the case, no formal statement was read out during the Council, neither was a resolution submitted for a vote. In an exclusive article by Reuter News Agency, diplomats reported that this was “due to governments’ fears of a potential political and economic backlash from China”. [1] Nevertheless, a Western envoy called the publication of the letter on the Human Rights Watch website as “a signal” and “a formal step”. [1]

Geneva director at Human Rights Watch labelled the letter as “important not only for Xinjiang’s population, but for people around the world who depend on the UN’s leading rights body to hold even the most powerful countries to account.” [4]

In response, however, China’s foreign ministry spokesman, Geng Shuang, claims the letter “neglected the facts” and labelled it as slander. [1]

“We urge these countries to respect the facts, discard prejudice, abide by the purposes and principles of the U.N. Charter, and stop politicizing human rights issues and intervening in China’s internal affairs with the Xinjiang issue.” [5]

Absence of US and Muslim Countries

The joint letter consists of 22 countries: Australia, Belgium, Canada, Denmark, Estonia, Finland, France, Germany, Iceland, Japan, Latvia, Lithuania, Luxembourg, the Netherlands, New Zealand, Norway, Sweden, Switzerland, the UK, Austria, Ireland, and Spain. The US was not included in the list, as they had withdrawn from the UN Human Rights Council last year. [6]

One might also point out that no Muslim country is included in the letter, despite there being many in the Council’s membership. The reason behind this absence has not been reported, however, countries such as Saudi Arabia, the UAE, and Egypt have allegedly been “silent” regarding the Uyghur detention, [7] with Saudi Crown Prince Mohammed b. Salman defending China’s “right to carry out anti-terrorism and counter extremism work for its national security” back in February. [8]

Read More: Why the Muslim World is Silent Over China’s Repression of Uyghurs

In September 2018, Amnesty International reported that up to a million Uyghurs were detained in concentration camps or ‘re-education centres’, as China refers to them. Beijing claims that the centres are “necessary” in preventing ‘terrorism’ and ‘extremism’, [3] however, multiple accounts from various news outlets highlight that those detained in concentration camps face physical and mental torture and are even forced to denounce their religion and pledge loyalty to the Communist Party. [9] [10] [11] [12]

May Allāh (subḥānahu wa taʿālā) end the oppression of the Uyghur Muslims in China. Āmīn.