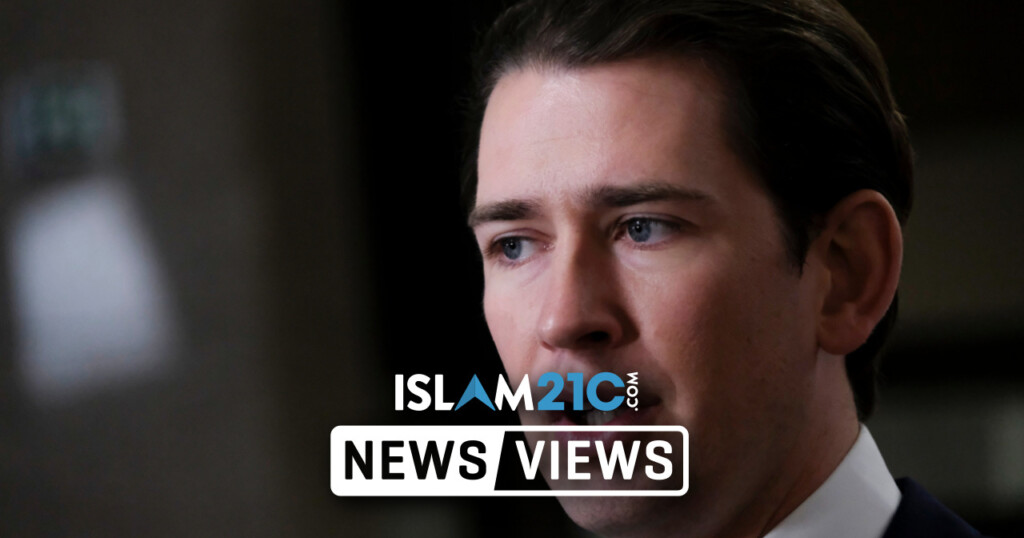 In more worrying signs for European Muslims after the French President Emmanuel Macron stated that Islam is in crisis around the globe, the conservative Chancellor of Austria has risked alienating law-abiding European Muslim citizens further.

A week after the Vienna attacks that left four dead and at least twenty-two injured, the rightwing Austrian Chancellor, Sebastian Kurz, has proposed a raft of new anti-terror legislation seeking to target so-called ‘political Islam’.[1] [2]

“In the fight against political Islam, we will create a criminal offense of “political Islam” in order to be able to take action against those who are not terrorists themselves, but who create the breeding ground for such.”

Amongst the measures set to be implemented is the power for Austrian courts to keep convicted terrorists behind bars for life. Even more alarmingly, Kurz plans to introduce the banning of interpretations of Islam that the state deems to be too ‘political’ or leaning towards incitation of violence. The legislation will be up for debate next month in the Österreichisches Parlament.

In a blow to advocates for reformative and rehabilitative penal systems that do not act as a counterproductive dumping ground for offenders, people who commit terrorism offences will potentially be imprisoned for the remainder of their lives. Furthermore, anyone who has already served time will have severe restrictions imposed, including electronic surveillance tags. Those who are dual citizens may be stripped of their Austrian citizenship. [3]

It is difficult to imagine that the proposed laws will do anything but disenfranchise Muslims in Austria. It goes without saying that the vast majority of Muslims, like the bulk of Christians and Jews, are not going to one day decide to launch an assault on innocent people.

To what degree will leaders such as Kurz go in demonising an entire religious group? In a country such as Austria – where the Muslim population makes up 8% of the 9 million population according to a 2016 study,[4] and where a mass Muslim surveillance program began in early 2020 – one may rightly pose the question: where does it end?[5]