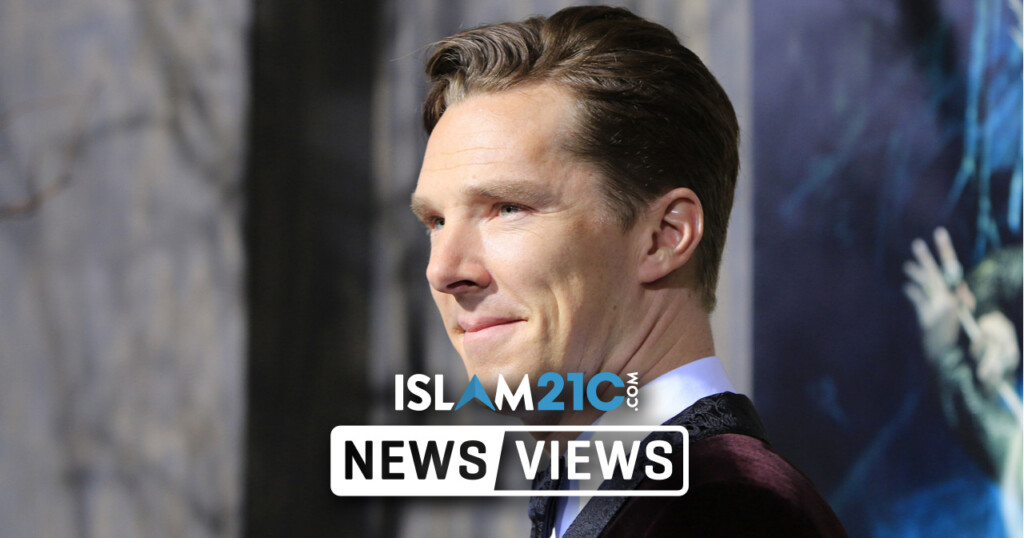 The British actor Benedict Cumberbatch has called for the shutdown of the notorious American extrajudicial prison site of Guantanamo Bay, known for its rampant use of torture and degrading detention conditions of its hundreds of Muslim inmates who have never been convicted of nor tried in court for any criminal offence. [1]

Cumberbatch, an experienced stage and screen actor who has received numerous accolades throughout his career, recently co-produced and acted in The Mauritanian, a film depicting the events that one prisoner – Mohamedou Ould Slahi, an innocent Mauritanian who was held captive at Guantanamo Bay from 2002 to 2016 – went through whilst detained without charge. [2]

The 2021 film, which is based on Slahi’s 2015 memoir Guantanamo Diary, delves into the life of the innocent man who was kidnapped shortly after 9/11 and thrown into the then-newly-established Guantanamo Bay detention site. Electrocution, sexual abuse, and sleep deprivation were amongst the methods of torture used against the once-promising electrical engineer who in 1988 had received a scholarship from the Carl Duisberg Society to study in West Germany and later earned a degree at the University of Duisburg. [3] [4]

Slahi went through a painful sequence of events that lasted 14 years, with an initial stay at the infamous US-operated Bagram detention facility in Afghanistan. Bagram was also opened under the administration of George W. Bush and notably handled far greater numbers of inmates than its Cuba-based counterpart, until the US relinquished control of the site in December 2014. [5] [6]

Ahmed Rashid, a journalist and author who is an expert on Afghanistan, said of Bagram:

“The Bagram prison was a melting pot of innocent and guilty people from all over the region. After 9/11, thousands of non-Afghans were rounded up … Many of them were totally innocent”. [6]

Rashid added that the people who were targeted included volunteers, educators, and aid workers.

“Nevertheless, they landed in Guantanamo and Bagram and the lack of due diligence … over the years just strengthened the assumptions that they were terrorists.” [6]

The Guantanamo Bay detention facility, which was set up under the pretext of creating a facility where supposed terror suspects could be held and interrogated, in reality resulted in illegal imprisonment without trial or any meaningful legal recourse.

Fellow actor Jodie Foster, who in the film plays a lawyer seeking to release Slahi from detention, has also stated that she too wants Guantanamo closed, after her work on The Mauritanian.

In an interview with Metro, Foster said:

“Well, there is no way in the last administration that Guantánamo would ever be shut … There was no point [protesting].” [7]

Making the point that Joe Biden is now US president, Foster added:

“I really do hope Guantánamo is closed … It’s a symbol of Americans betraying their constitution by creating a lawless prison offshore that can escape the law of the land so they can do whatever they want to prisoners, the Geneva Convention be damned! It’s not right.” [7]

Biden is indeed tasking government officials with the review of Guantanamo, and has expressed his intent to close the prison by 2024. However, like presidents Trump and Obama, neither ever came close to drawing the shutters on the “lawless prison”. [8]