I’m Worried About Abuse Against Prevent-walas 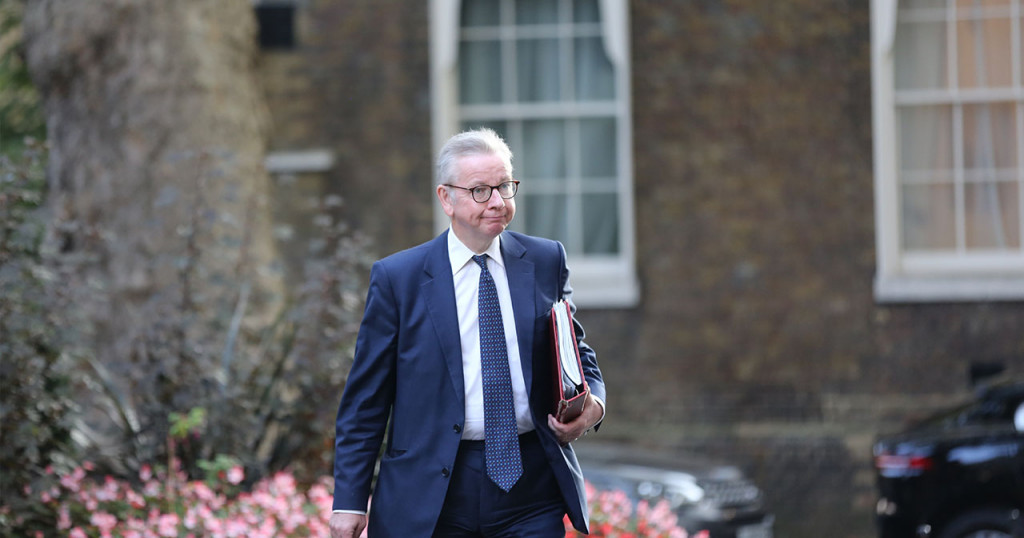 The Trojan Horse hoax affair has once again become current thanks to a New York Times investigative podcast that sheds light on the key question: who wrote the Trojan Horse letter?[1][2] The letter outlined a plan allegedly penned by “Islamists” to takeover schools using various tactics.

As is now known, Michael Gove (the little man who effectively eulogised the deaths of Iraqis,[3] and concocted an entire chapter called the Trojan Horse before deciding to have it published in a book, much to dismay of David Dunning and Justin Kruger[4]) used the fabricated letter as an opportunity to realise this fantasy. In doing so, he launched a mini-war at home against the Muslims of Birmingham.

The rest, as they say, is history.[5] Counter-extremism has become the foundation by which the public sector is anchored. It is safe to say then that Prevent and its history cannot fully be realised without understanding the Trojan Horse hoax affair.

The People’s Review of Prevent and Trojan Horse Tropes

Indeed, this point was recently made in the brilliant People’s Review of Prevent (PRoP) report,[6] with a dedicated part on the hoax fiasco, as well as a follow-up piece by one of its co-chairs. The report itself is an important read, and its conclusions make for sober reading. No doubt, there will be some late-night head scratching involved in the deepest, darkest war (against Muslims) rooms of RICU and the Henry Jackson Society by brainwashed people desperately attempting to spin away the report in the hope of maintaining their jobs.

But there are two facets of the report that caught my eye, which tie into the Trojan Horse hoax.

A key part of the Trojan Horse allegations was the framing of Muslim parents and governors who were keen to hold schools to account and raise standards; as bullies who aggressively intimidated poor, agency-less non-Muslim teachers and governors out of positions.

This framing has coalesced into Islamophobic tropes. Whenever the Muslims – strong in their belief – become organised to better themselves, this is construed as a “takeover”, a form of political “entryism”, and an “abuse of democratic processes” where Muslims only operate via nepotism. This trope sends a very loud and clear message that Muslims—along with their faith—are a subversive threat in the public sphere.  We saw this play out extensively in Peter Clarke’s widely ridiculed report investigating the Trojan Horse allegations,[7] commissioned by his neocon chum Michael Gove. Clarke must have felt uber clever when he put this jejune table together:

As if a tick or cross against a “behaviour” captures the truth of a given situation, and as if “inappropriate behaviour” is underpinned by concrete criteria rooted in an objective moral principle.

Notably, and demonstrative of the self-perpetuating nature of the Trojan Horse, these Islamophobic tropes surfaced again during the Parkfield School protests in 2019.[8]

The first facet of the PRoP report, then, is how Prevent is operationalised. Prevent is already widely described as “state-sanctioned child abuse”, but the PRoP report, however, continues to add further evidence, demonstrating how Muslim children are still being harassed by Prevent officers due to their religious expression. In one case, a 12-year-old child who was interrogated for his Islamic beliefs and asked to recite the Qur’ān by a Prevent officer, described the questioning as intimidating and harassing.

In another case, a mother of a 12-year-old child described how Prevent and its deradicalisation arm Channel kept harassing her to work with them after she refused to engage. She described the ordeal as “pressured” and “stressful”, whilst she herself felt “bullied”.  There are many other cases like this cited where parents felt harassed by Prevent.

The second facet highlighted in the report is the description of abuse, intimidation, nepotism, and even threats against people within the Prevent industry. Yes, all those “extremist” tendencies and behaviours which apparently exclusively belong to Muslims in the public sector, are observable in the murky world of Prevent. The report cites a submission to the People’s Review of Prevent by a person who had been funded by Prevent. The individual’s statements briefly illuminate the dark, murky, and opaque world of Prevent.

According to the submission, Prevent projects are run by people who “often have personal connections with local Prevent teams”. Moreover, there is a hostile, censorious culture within Prevent:

“There is also a prevailing toxicity within Prevent. Any criticism or concerns are met with orders to stay quiet and threats to have funding withdrawn. Only those projects willing to toe the line, or those who have personal connections to Prevent co-ordinators, receive proper support.”

The submission claims that, upon speaking out, the individual was “subjected to personal threats, abusive language and other forms of threatening behaviour both inside and outside of Prevent meetings.”

Nepotism—check. Threatening behaviour—check. Abusive language—check. Coercive censorship—check. All of Michael Gove’s and Peter Clarke’s markers for a takeover plot can be found inside the Prevent industry. The evidence is weighty. After all, unlike the widely slammed Clarke report, the PRoP report containing the whistle-blower submission is overseen by reputable academics who actually know what they are talking about. When added to the way in which Prevent is harassing and bullying Muslim children and families, then one can easily conclude that the very aspects which the neocons projected onto Muslims through Trojan Horse allegations, course through the very veins of Prevent. Those aware of how racist and orientalist stereotypes originate will not be surprised.

The question must be asked: will Gove ensure the investigation of all government departments that have integrated into the Prevent infrastructure? Are the key players who are pushing Prevent and thus fostering a culture of bullying, intimidation, and censorship of anyone who criticises their authoritarian plans, going to be shamed in the mainstream media? Are these individuals going to be sacked first and then put before kangaroo courts and panels later to determine whether they have engaged in some “extreme” and “inappropriate” behaviour?

This is perhaps something for the good folks running the People’s Review of Prevent to consider. After all, the government cannot be trusted to review Prevent. And we Muslims are desperately concerned about the poisonous, pernicious ideology and values driving both Prevent and the intolerant, horrendously hostile culture within it.

[4] The Dunning–Kruger effect is the cognitive bias whereby people with low ability at a task overestimate their ability.https://en.wikipedia.org/wiki/Dunning%E2%80%93Kruger_effect