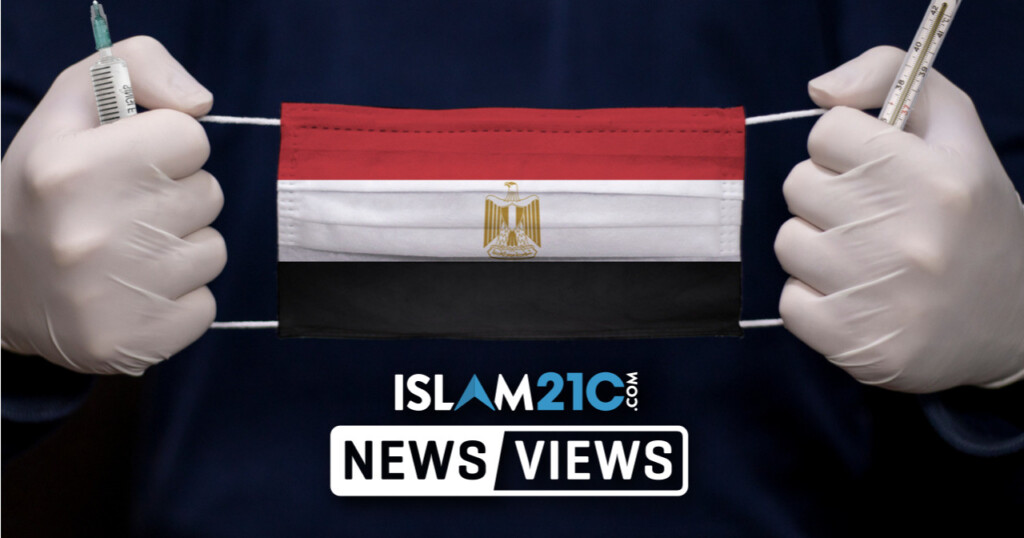 Ten doctors and six journalists have been arrested since the COVID-19 pandemic first hit Egypt in February, according to rights groups. These arrests were recently highlighted after a pharmacist was taken from their workplace after posting online about the lack of personal protective equipment in the country.

Egyptian authorities are working hard to control the coronavirus outbreak, but security agencies have been out to supress any criticism of the management and control of the current health crisis by the government of Egyptian coup president Abdel Fattah el-Sisi.

The pandemic is escalating in the country, threatening to overwhelm the healthcare system. On Monday, the Egyptian Health Ministry reported a cumulative total of 76,253 infections, including 3,343 deaths, the highest death toll recorded in the Arab world.

As Minister of Defence in 2013, Sisi led the military’s removal of Egypt’s only democratically elected president Mohammad Morsi (raḥimahu Allāhu). Since then, Sisi has removed dissent by jailing political opponents and journalists. This has now been extended to doctors, who are brave enough to speak out about the outbreak and their working conditions.

A doctor from Cairo (who spoke out on the condition of anonymity due to fear of consequences) said: “Every day I go to work, I sacrifice myself and my whole family, then they arrest my colleagues to send us a message. I see no light on the horizon.” When asked about the arrests of doctors and journalists, the Egyptian government’s press officer did not respond.

The military has set up hospitals with a capacity of 4,000 and have scaled up testing and ordered companies to give out face masks and other supplies. However, health workers are taking to social media to explain what is really happening. Doctors and healthcare workers say they are being forced to purchase surgical masks with their own salaries.

The Egyptian Medical Syndicate (EMS), an association with more than 230,000 members, has been pushed into a new role due to the pandemic, and is now the sole advocate for doctor’s rights. Last month, the EMS released a letter to the public prosecutor demanding the immediate release of the five doctors who were arrested.

Mohamed Al-Fawal, an EMS member, was placed in jail last week after demanding that Egyptian Prime Minister Moustafa Madbouly apologise for comments that implied health workers were to blame for the spike in deaths.

Enraged doctors hit back at the comments made by the Prime Minister, saying that the doctors are undertrained, underpaid, under-resourced, and are struggling to save the lives of patients. Thousands of healthcare workers have fallen ill, with a total of 117 doctors, 39 nurses, and 32 pharmacists having died in the midst of trying to save lives during this pandemic.

Amr Magdi, a researcher at Human Rights Watch, explained that “these doctors have no history of activism, they were arrested because they offered criticism of their very specific professional circumstances.” Human Rights Watch has also confirmed the arrests of eight doctors and two pharmacists, two of whom have been released, while the rest still remain in a pretrial detention centre.

One of the doctors who criticised the government is Hany Bakr, an ophthalmologist from the north of Cairo. According to Bakr’s lawyers, security agents burst into his home after he posted a criticism on Facebook of the government sending aid to Italy and China whilst Egypt’s doctors were short of equipment.

There are many more stories just like Bakr’s. In a voice recording obtained by The Associated Press, a healthy deputy in the Nile Delta said: ‘Even if a doctor is dying, he must keep working … or be subjected to the most severe punishment.’

Another problem has risen for Egypt as its borders have been shut and planes have been put on hold: their tourism revenue has all but vanished. The government recently reopened much of society again and has welcomed hundreds of tourists from around the world, even after reported deaths exceeded 80.

Amy Hawthorne, an Egypt expert at the Project on Middle East Democracy, said: “Because of Egypt’s constant attention to its image as a place open for tourism, open for business, open for investment, authorities appear particularly sensitive to divergent perspectives during the pandemic.”

According to a Middle East rights advocate at the UN, the international community is relying on Egypt as a bulwark against regional instability despite its growing human rights violations. The advocate further explained that “there is no appetite to address what is going on in Egypt let alone sanction them in any way for what the government is doing to their own people.”