Cummings may face prison time for “perverting the course of justice” 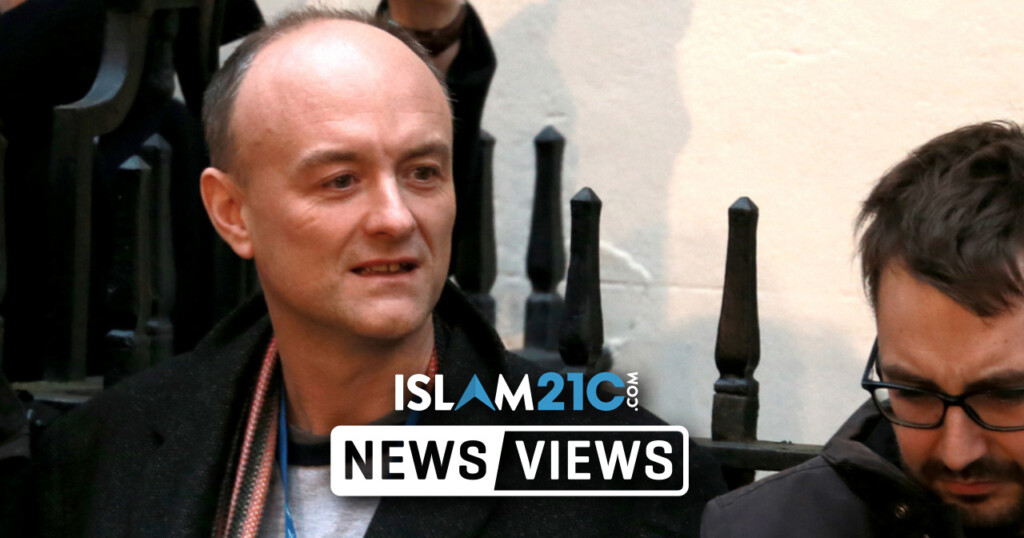 Dominic Cummings has been accused of perverting the course of justice in his account of his lockdown trip earlier this year.

On Friday last week, a former prosecutor sent a dossier to the Crown Prosecution Service (CPS) and the police accusing the Prime Minister’s aide of multiple offences.

The allegations claim that the statements made by Cummings during a press conference affected the course of justice as they were made when Durham police’s investigation into his behaviour was under way.

Nazir Afzal, the former regional chief prosecutor, submitted a 255-page document to the Durham Police, the Metropolitan Police, and Max Hill (the director of public prosecutions) and his staff at the CPS, urging further investigation.

At the height of the COVID-19 pandemic, Dominic Cummings indulged in a risky road trip to the north-east of England, breaching the government’s lockdown rules.

In the document, Afzal accuses Cummings and his wife, Mary Wakefield, of multiple offences under the pandemic regulations for leaving their primary home in London as well as their second home in Durham without a reasonable excuse.

During an interview on 25th May in Downing Street’s rose garden, Cummings said that the reason for his illegal road trip was to “test his eyesight”. Cummings admitted to taking his child along for the road trip.[1] The excuse of risking the lives of his wife and young child and the safety of others on the road when his eyesight was in question is arguably a greater display of irresponsibility than breaking the COVID-19 lockdown.

The irresponsible outing in May took the Chief Adviser to the Prime Minister over 260 miles from his home in London, despite having clear symptoms of COVID-19.

Officers questioned Cummings about his trip days after he was seen dashing out of Downing Street following a meeting with Boris Johnson who tested positive for the virus at the end of March.[2]

Further evidence later emerged revealing that Cummings had been spotted violating the lockdown on multiple occasions, leading to calls for his resignation from across the political spectrum.[3]

Cummings has jumped out of the frying pan into the fire, as his statements have proven to be “wholly inconsistent” with eyewitness accounts.

In a statement, Nazir Afzal’s lawyers said: “The alleged offence of perverting the course of justice arises from Mr Cummings’ statement in the rose garden … Mr Cummings made public assertions about his conduct at Barnard Castle on 12 April and his actions on the weekend of 17-19 April that appear to be wholly inconsistent with accounts of his conduct at that time obtained from eyewitnesses.”[4]

Cummings also claimed that his phone data could prove he was not in Durham on the 19th of April. However, when further witnesses came forward, Downing Street refused to release the evidence that supposedly proved Cummings had stayed in London.[5]

At least three eyewitnesses have reported seeing Cummings in Barnard Castle, in contradiction to his statements. Cummings said he parked and stayed within 15 metres of his car, but eyewitnesses placed him in the town centre on the 12th of April.

Nazir Afzal – whose brother Umar (may Allāh have mercy on him) died from COVID-19 at home on the 8th of April (while Cummings was strolling in Durham) – said he wanted the truth to come out, and for Cummings to be held to account.

“The picture painted by the witnesses that have come forward appears clear and coherent and is inconsistent in important parts with the version given by Mr Cummings,” Afzal said.[6]

“I believe the CPS’ public interest test is also met, given the impact that this has had on general compliance with COVID regulations. It is now a matter for the police and CPS to decide whether to take this forward,” Afzal concluded.[7]

A spokesperson for No 10 said: “The Prime Minister has said he believes Mr Cummings behaved reasonably and he considers the matter closed.”[8]