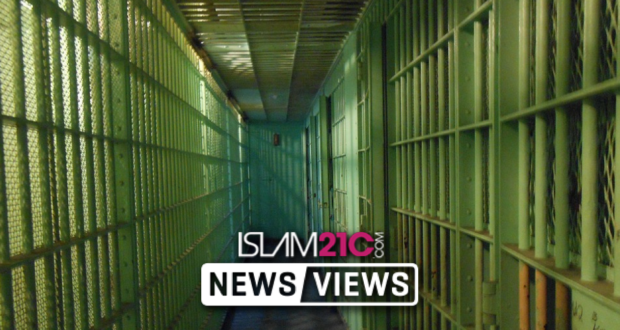 Today a damning report has revealed the extent of Britain’s complicity in extraordinary rendition and torture of detainees during the so called ‘War on Terror.’

The UK government under Tony Blair has been exposed for involvement in the extraordinary rendition and torture of hundreds of captives since 2001.

The Intelligence and Security Committee (ISC) said there was no doubt that British overseas intelligence agency MI6 and the domestic service MI5 had been involved in rendition and torture.

However, they claimed that no “smoking gun” evidence was found of UK officers directly carrying out physical mistreatment of detainees themselves.

The report,[1] which examines “Detainee Mistreatment and Rendition” between 2001 and 2010, states:

“We have found a number of cases where the agencies and defence intelligence acted inappropriately or failed to take action.”

“That the US, and others, were mistreating detainees is beyond a doubt, as is the fact that the Agencies and Defence Intelligence became aware of this at an early point,”[2] the report adds.

Cage Outreach Director, Moazzam Begg, himself a victim of rendition and torture, said in a BBC interview:

“torture in the context of war is a war crime…I wouldn’t have gone to Guantanamo or Bagram,[3] or been tortured had it not been for the British intelligence services.”[4]

When asked if he thought Tony Blair and Jack Straw should be tried at The Hague for their alleged complicity in war crimes Begg responded:

“It isn’t just the ordinary officers that are involved; it goes right to the top.”[5]

“If you are complicit in a crime, you have to bear that responsibility. If you didn’t pull the trigger it doesn’t mean that you weren’t involved in some way or another,”[6] he said.

The recent reports are not the first of their kind with several cases exposing the British government’s involvement in torture and rendition of individuals to countries where they will be subjected to torture. Moazzam Begg, Ali al-Marri,[7] and Turkish national Abdel Hakim Belhaj,[8] are a few of those who have shared their stories.

Both Tony Blair and Jack Straw previously dismissed widespread allegations of the UK’s involvement in torture as “conspiracy theories.”[9]

However, a damning passage in the report states that MI6 had in fact “sought and obtained authorisation from the foreign secretary” for the required funding of a plane involved in a rendition case.

Jack Straw, who held the position of Tony Blair’s foreign secretary from 2001-06, will be summoned to answer questions regarding his involvement which he previously denied, as well as why he failed to investigate the matter in spite of public concerns.[11]

According to the ISC report the UK used and shared intelligence to its allies in at least 232 cases in spite of knowing or suspecting that torture and mistreatment had been used on victims.

Defending the findings, Prime Minister Theresa May said that British officers where facing “a new and challenging operating environment” which they were “not prepared” for.[12]

“It took too long to recognise that guidance and training for staff was inadequate” she said, adding that British intelligence and the Army were now “much better placed to meet that challenge.” [13]

The probe into British involvement in rendition and torture has been criticised for not reaping results due to frequent delays since it was initiated by David Cameron eight years ago.

Ken Clarke the Chairman of the ISC parliamentary group called for an independent inquiry in order “to get the truth”[14] about the full extent of the UK’s involvement in torture. Yet as progress continues at a snail’s pace, brave victims continue to come forward with their stories supported by advocacy groups and non-mainstream media outlets.

[2] Intelligence and Security Committee of parliament (2018) Detainee Mistreatment and Rendition: 2001-2010

[3] Largest US base and Airfield in Afghanistan: https://en.wikipedia.org/wiki/Bagram_Airfield

[10] Intelligence and Security Committee of parliament (2018) Detainee Mistreatment and Rendition: 2001-2010

Previous: World Cup Group B & the Battle of the Three Kings
Next: Syrian Hospitals shut down, scores killed as Daraa is “burnt to the ground”