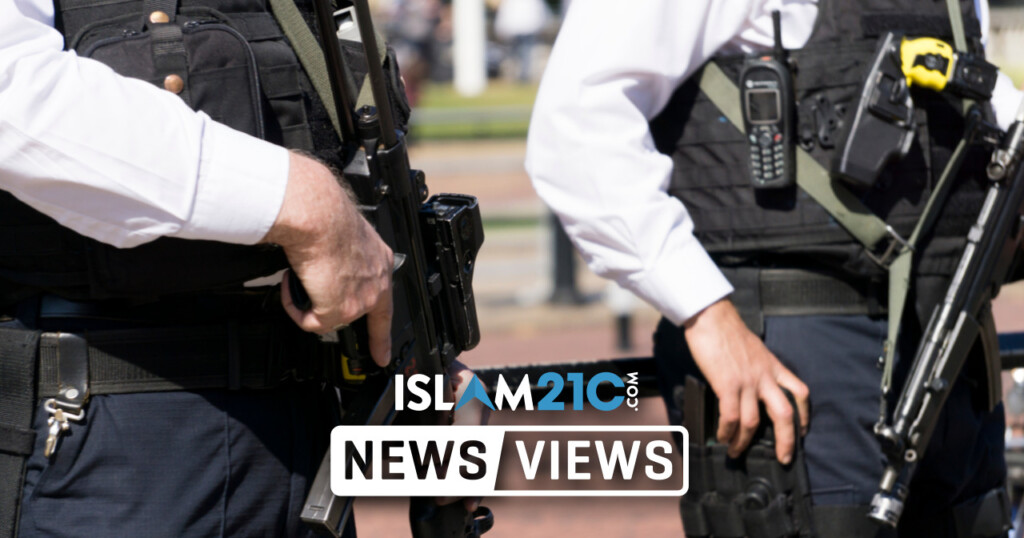 The discriminatory and divisive Government policy Prevent is responsible for yet more farcical news, this time taking another innocent victim: a young boy aged four in the West Midlands, referred to the ‘anti-extremism’ programme in September 2019.[1]

The reasoning behind the referral was given as a member of staff at the boy’s after-school club overhearing the boy clearly talking about the online game Fortnite whilst allegedly saying that his father had “…guns and bombs in his shed”. [1]

Fortnite, an online multiplayer game where participants fight zombie-like creatures and bid to defend themselves by building structures, has been in existence since 2017. Today, it is one of the most popular video games in the world, with over 31 million daily players according to its developer Epic Games.[2]

The toxic Prevent strategy – responsible for denigrating and demonising innocent Muslims across the UK – is a broadly discredited element of the UK Government’s four-pronged wider counter-terrorism strategy, known within Government under the abbreviation CONTEST.[3]

Unlike the other strands—which exist to deal with things related to actual terrorism—Prevent was created to combat ‘extremism’, which was defined as the non-violent opposition to so-called ‘British values’.

Campaigners have for years argued that the programme is anti-Muslim, with the vast majority of referrals being Muslim and from BAME (Black, Asian, and minority ethnic) backgrounds.

Many have criticised, opposed, and called for the scrapping of the Prevent strategy due to its disturbing consequences on society and increasing evidence suggesting that it is “built on a foundation of Islamophobia and racism”, as well as being “ineffective and counterproductive”. [4]

In a 2017 post on the student and teacher resources website TeachWire, the teacher Tait Coles laid bare the fact that Prevent is marginalising not only BAME pupils, but teachers as well:

“BME teachers meanwhile feel that Prevent unnecessarily targets Muslims, shuts down debate about important subjects and has a (maybe irreversible) negative effect on Muslim students and school communities, where there is a real concern that they are being stigmatised quite simply due to the religion that they follow.”

“…An excerpt from an interview of a BME (Muslim) teacher who expresses their realistic concern: ‘It is targeted at Muslims, it makes Muslims feel worse, or more strongly against the state, so to speak, than they would normally have. I mean I am [a] very moderate [Muslim] – but to me I still dislike that, the Prevent agenda, and I feel like it’s targeting Muslims.’”[6]

Prevent was implemented in schools and colleges in 2015 as a “statutory duty”, specifically as “statutory guidance issued under section 29 of the Counter-Terrorism and Security Act 2015.”[7]

Hundreds of children have been reported to Prevent in recent years, and “figures obtained under freedom of information laws by the Observer reveal that the four-year-old is one of 624 under-sixes referred to Prevent between 2016 and 2019. During the same period, 1,405 children between the ages of six and nine were also referred to the scheme.” [1]

In this particularly appalling and upsetting case, the young boy’s mother said:

“The office sent me all the information, including the transcript of that conversation. It’s quite clear he mentioned Fortnite… He’s just a little boy with an imagination. The teachers should know in this setting that [children] have imagination. They know exactly what kids are like, and what young boys are like. I do think that if it was a white boy, they wouldn’t have actually gone to that extreme of referring him to the Prevent scheme.” [1]

The case of this four-year-old comes shortly after the Government appointed William Shawcross – a notorious anti-Muslim broadcaster and writer who was formerly at the helm of the Charity Commission and was Director of the neoconservative Henry Jackson Society (HJS) – to spearhead an “independent” review into Prevent.[8] [9]

The selection of Shawcross has been met with strong criticism and denouncement from an array of Muslim groups and representatives across the country, who have highlighted his long history of Islamophobia. As Director of the HJS in 2012, Shawcross stated that “Europe and Islam is one of the greatest, most terrifying problems of our future.” [10]

To add insult to injury, the previously appointed “independent” reviewer of the Prevent strategy, Lord Carlile QC, was removed by the Government following a legal challenge over his appointment.

The appointment of Carlile as the lead investigator was in fact a re-appointment, as he was the same reviewer who approved of the Government’s failed strategy in 2011. Critics have suggested that the entire process of supposedly reviewing the strategy is a step towards legitimising Prevent.