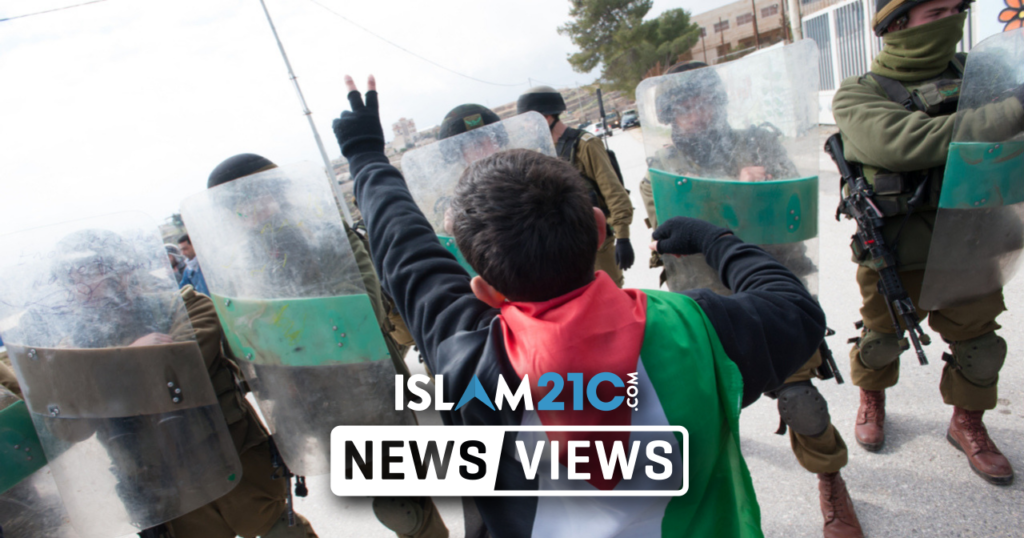 31 Palestinians were martyred, including a pregnant woman and her two children, following ‘Israeli’ air strikes.

A ceasefire agreement has been reached between Gaza and ‘Israel’, according to Palestinian officials, ending a surge of violence that has rocked the occupied and besieged enclave.

Officials in the Gaza Strip confirmed that a deal was reached in the early hours of Monday morning and since the implementation of the deal, there have been no ‘Israeli’ air strikes on the Palestinian territory, replacing the violence with a fragile peace. [1]

The deal was brokered by Egypt and Qatar at the beginning of the blessed month of Ramaḍān.  The people of Gaza agreed on the deal on the basis that the stringent restrictions of the blockade would be eased and that there would be improvements into Gaza’s infrastructure and basic necessities. [1]

Terms of the deal included the easing of limits on the fishing zone from six nautical miles to fifteen nautical miles; the improvement of Gaza’s power grid; and the increase in the supply of electricity and fuel. According to a Gazan official, these terms are in favour of the Palestinian people. [2]

Although it was ‘Israel’ who began the indiscriminate attack against the people of Gaza, the Islamic resistance, in a show of courage, were able to enforce their conditions of the truce upon the aggressors.

However, there was no confirmation of the truce from the ‘Israeli’ government, although the occupation forces lifted restrictions in the southern occupied cities of Ashkelon and Ashdod and resumed transport services to other parts of occupied territories. [1]

On Sunday, ‘Israeli’ occupation forces began a massive attack on the Gaza Strip. The occupation indiscriminately bombed Gaza from the air with its fighter jets, on the ground with its tanks, and in the sea with its gunboats and warships.

The Islamic resistance responded in defence to this flagrant aggression by firing a barrage of rockets against occupation forces outside of the Gaza Strip. An estimate of 700 rockets attacked the occupation forces in the southern settlements, with 200 being intercepted by the ‘Israeli’ ‘iron dome’ defence system. [2]

These defensive and retaliatory attacks caused significant damage amongst the occupied settlements. Four ‘Israelis’ were killed and ten were injured. This number, however, is minuscule compared to the number of Palestinian civilians killed by the occupation forces. [2]

31 Palestinians were martyred in the ensuing violence, with 154 seriously injured. Of the 31 martyrs, four were women, one of whom was pregnant, and three young children. 830 buildings and 130 homes were destroyed in the bombings. [2]

This is the 10th confrontation between ‘Israel’ and the people of Gaza; since the Islamic resistance was elected in 2007, Palestinians in the blockaded territory have lived under constant attack from the occupation forces.

The Gaza Strip has endured an oppressive siege by ‘Israel’ and faces routinely assaults by its military that leaves vast areas of the territory destroyed and hundreds of thousands of innocent Palestinians dead.

Furthermore, ‘Israel’ prevents vital supplies of medicine, construction material, and general aid that is needed to rebuild the Strip, from crossing through, thus, leaving its citizens in a continuous state of despair and its infrastructure destroyed.