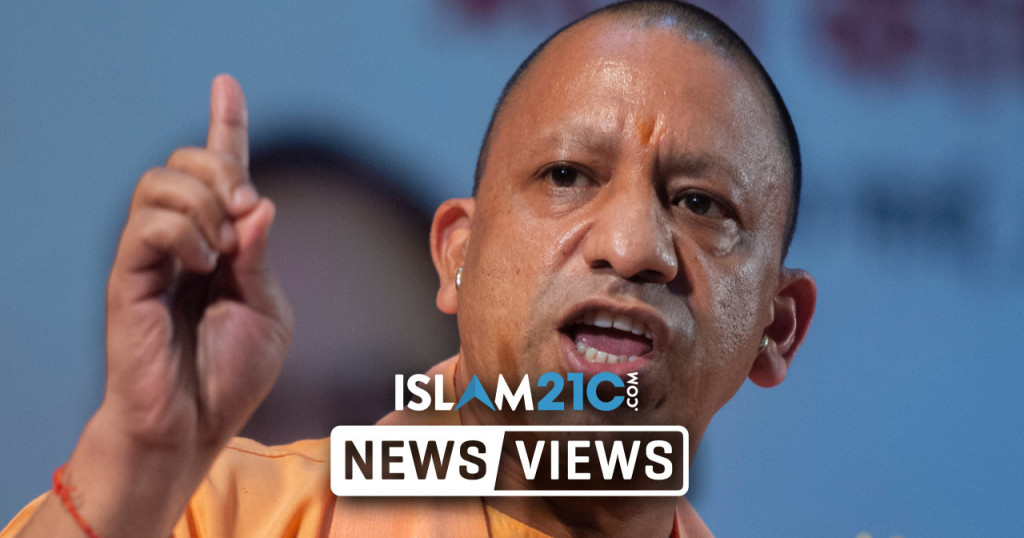 Alarm bells have been ringing as top researchers warn that extreme anti-Muslim hatred is on the rise in the world’s second most populous nation, India. This is particularly so in the state of Uttar Pradesh (UP), where Hindu terrorists have carte blanche to harm Muslims as they please. They have been emboldened by Prime Minister Narendra Modi, who leads the Bharatiya Janata Party (BJP) at the national level, and Chief Minister Yogi Adityanath, an extreme anti-Muslim Hindu monk who regularly launches incendiary remarks against adherents of the Islamic faith. As the country’s festive period gradually commences, Hindu extremist organisations have increasingly been attacking Muslim individuals and businesses. [1]

While deeply concerning, it is unsurprising that from 2017 to date, Uttar Pradesh has been governed by the rightwing nationalist BJP, with orange-robed Adityanath at the helm. In an undated video that was unearthed in 2014, during a public speech in the city of Azamgarh, the UP Chief Minister made a number of disturbing remarks. He suggested that in relation to inter-religious marriages and conversions by women to Islam, “if they take one Hindu girl, we will take 100 Muslims girls”. He reportedly went further by stating, “if they kill one Hindu, there will be 100 that we [kill]…We will return whatever they do 100 folds, with interest”. Riled-up supporters bellowed “kill” in response to his rhetoric. [2]

A mutton seller in the Greater Noida suburb told reporters of his distress, given the current deteriorating situation:

“The Bajrang Dal in this area distributed pamphlets ordering the closure of shops during the festival period. They have become very active ever since Yogi Adityanath came to power…We have nowhere to complain. The police and the municipality officials side with such groups.” [1]

The so-called Bajrang Dal (translated as the Brigade of Hanuman) is a far-right Hindu nationalist militant group that is ideologically aligned with the Hindutva movement. It is known as the youth wing of the broader Vishva Hindu Parishad (VHP). The Hindutva movement traces its roots to the late 1800s and early 1900s. The word Hindutva is often translated as Hinduness, a Hindu nationalist ideology that seeks the establishment of a Hindu state. The movement has been described as being “almost fascist in the classical sense” since it seeks to achieve cultural hegemony. [3] [4]

With the Bajrang Dal wreaking havoc in Uttar Pradesh, stories of Muslim stallholders, shopkeepers, street vendors, and members of the public being whipped, punched, and kicked are on the rise. The broadcaster Al Jazeera reported that on September 23, two Muslim men were beaten simply for the crime of carrying meat. For Bajrang Dal proponents, the consumption of meat and the slaughter or harming of cows in particular is strictly forbidden. Members of the extremist group have been known to perform acts of “cow vigilantism”. Muslims and Dalits (people belonging to the lowest so-called “caste” in India) are often attacked, with the purported justification being the protection of cows.

In Uttar Pradesh, Adityanath’s hateful approach towards Muslims is not the only problem which residents face. Adityanath is also a failed leader who was thoroughly called out throughout India after the notorious Hathras gang rape and murder case in 2020. The incident, which saw a 19-year-old Dalit woman gang raped and strangled by four “upper caste” men, led to overwhelming demands for Adityanath’s resignation. Despite being paralysed after being dragged by her dupatta (scarf) and the subsequent damage to her spinal cord, the woman and her family sought police action against the accused. Reportedly, the police humiliated the family and dismissed the young woman’s version of events. She died of her injuries on September 29 and was cremated against the wishes of her family, allegedly whilst they were locked up in their home. In response to criticism of his leadership, Adityanath accused opposition parties of being part of an “international conspiracy” against his government. [5]

On a daily basis, the world watches horrific videos either from Madhya Pradesh or Uttar Pradesh, showing Hindutva terrorists beating, humiliating and lynching a hapless Muslim; a vendor or bangle seller. Each day, the world watches and ignores such horrors of terrorist violence!