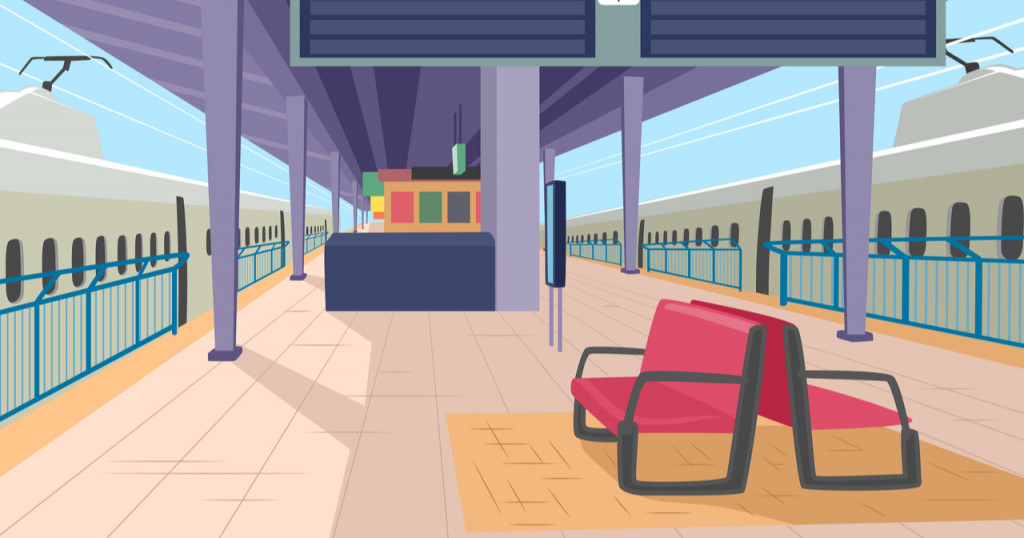 It took an unpleasant encounter with an Islamophobe on the tube to make me realise that my sense of victory over a cowardly man was actually the result of a set of too low expectations.

The whole sorry episode went like this: on Friday at midday, I was en route to the office. I sat at the end of what was a relatively empty carriage. A man sat opposite me with his son and a few others were dotted to my left.

About halfway through my journey, I felt a slight discomfort, and raised my head from my phone to find a late middle-aged man standing at my left near the doors. He was of medium build, not too tall but certainly taller than me.

It wasn’t so much his form that caught my attention; rather, it was his face. He was shaking his head and was looking at me in disgust in a very slow and deliberate manner. Shocked and uncomfortable, I looked back down and away from him.

After a little while, I looked back up at him again, thinking I had perhaps misinterpreted his stares. Again, he stared dead at me, with a disgusted look on his face and deliberately shook his head very slowly from left to right.

Again, I looked away, but at this point I was beginning to feel really uncomfortable – exactly how he wanted me to feel and so I looked at him again and said: “You shouldn’t be too quick to judge people”.

I said it loud enough for him to hear but not aggressively or loud enough for anyone else to hear. This clearly angered him. He quickly denied what he had done, saying: “I wasn’t judging you.”

“You just looked at me and twice you shook your head at me in disgust,” I said.

His responses were very loud and aggressive. By this point the whole carriage could hear that something was going on between us.

Then, shockingly, he said: “How dare you try to intimidate me.”

A reality check is necessary here. I am a 5’4”, roughly 65kg Muslim woman who was sitting alone in the corner of the train so the accusation that I intimidated him merely by confronting him for what he was doing just highlights this man’s mindset.

“I’m not intimidating you, so don’t try and play reverse victimisation on me,” I said.

Then suddenly, this man, who had just played the victim, said: “Oh yeah; you guys are all victims aren’t you? You guys like to play that card. I know what your game is, it’s all the same.”

Should it come as a surprise the man said this when the government’s Prevent cheerleaders diminish Islamophobia by framing those who sound the alarm as people who “promote victimhood” and “grievances” that echo “Islamist” ideology?[1]

The Manichean worldview which paradoxically Prevent claims to tackle whilst perpetuating it, was palpable in this man’s designator directed at me: “you guys”.

I told him quite clearly that he should stop being a coward and say what he was so desperately trying to say through undertones and innuendo and just admit that he is a bigoted racist.

Again, his response to being called a racist and a bigot was that “the whole country was”. I quickly reminded him that the fact he felt he could speak on behalf of the country was again evidence and true to the title I had given him and that he was not representative of this country but rather was an idiot.

Just before he shot out of the doors like the coward he was, he pulled a face at me like a child lost for words and bolted from the carriage.

By this point, several people on the tube had heard us and some of them laughed uncomfortably, while others shook their heads while trying to show me that they thought he was indeed an idiot.

As he left, a man across from me in the carriage asked if I was okay as did a couple of others. It was at that point that I realised the adrenaline, preparing me for fight or flight, had completely taken over my trembling fingers as I attempted to send a text message. The message was incomprehensible. As I reflected afterwards, I realised that at one point I had actually moved my bag to one side so that I could be in a better position physically to defend myself should he have tried to physically attack me.

Upon reflection after my incident, it occurred to me that I didn’t even think of reporting the event to the police, so that the people charged with our safety can more accurately grasp the Muslim reality and do something about it.

Nonetheless, this inaction on my part told me that I had trivialised something important in my own mind, perhaps as a protective mechanism due to the shock of what had happened, but also perhaps due to the fact that deep down, I wasn’t really too surprised at what had taken place.

This is self-censorship in action, and it is the Islamophobe’s greatest weapon.

This is not what Muslim women should have to contend with in this country and yet this is a reality. It is not my everyday experience; in fact, it rarely ever happens to me, but I know as someone who belongs to the category of “Muslim woman”, we bear the brunt of violent Islamophobia. It is our collective experience every day.

The fact that travelling on public transport for a woman in hijab may well turn into an encounter like this – or worse – has not come about by the evil of simple people alone, however.

There are some disturbing parallels to this man’s responses.

That a late middle-aged man who singled me out with his expressions of disgust and felt entitled to do so without me standing up for myself and then tried to play the victim when I did, is encouraged by a government that tacitly agrees with this type of warped, passive-aggressive, Islamophobic approach to Muslims. It is an approach that frames Muslims as a collective in a state of potentiality, where the endpoint is terrorism.

As someone working daily for an organisation that documents the abuses born of Prevent within the Islamophobic framework of laws that justify it, I know that the government has created an environment where middle-aged non-Muslim men feel entitled to intimidate a Muslim woman minding her own business on the tube.

It’s these policies that tell Muslim women what we can and can’t wear by signifying religiosity as a sign of extremism, how to raise our children, what books to read – because the logic goes that if we don’t fall in line, then we’re “intimidating” the state. And if we complain, of course, we are “playing the victim”.

In other words, the government has a hard time accepting there is something fundamentally wrong in policy and consequently, society.

How else can one interpret the laughable “independent report on race”, which disintegrated faster than it was put together. This was because it surfaced that the government was “bending” the work of its commission to fit “a more palatable” political narrative.[2]

How else can we interpret the surreal Islamophobia inquiry into the Conservative party which concluded that it was not institutionally Islamophobic, whilst being lambasted for unfit complaints procedure and exclusion of Muslims from the inquiry?[3]

This trivialising attitude feeds the ongoing fear-based narrative around Islam broadly, but also, on a pointed level, supports counter-extremism policies like Prevent that are doing deep damage to society.

It is for this precise reason that we at Prevent Watch are pursuing a truly independent review into Prevent to step outside of this vicious circle of harms perpetuated followed by whitewash.

I do wonder where I’d be now, had there been nobody but him and me in that carriage. Perhaps the obvious courage required to square up to Muslim woman is less required when alone. At the same time, I don’t need to wonder so much what the response from Islamophobes in government would be though, had something even worse happened in their name. It wouldn’t be an admission of Islamophobia, that’s for sure.