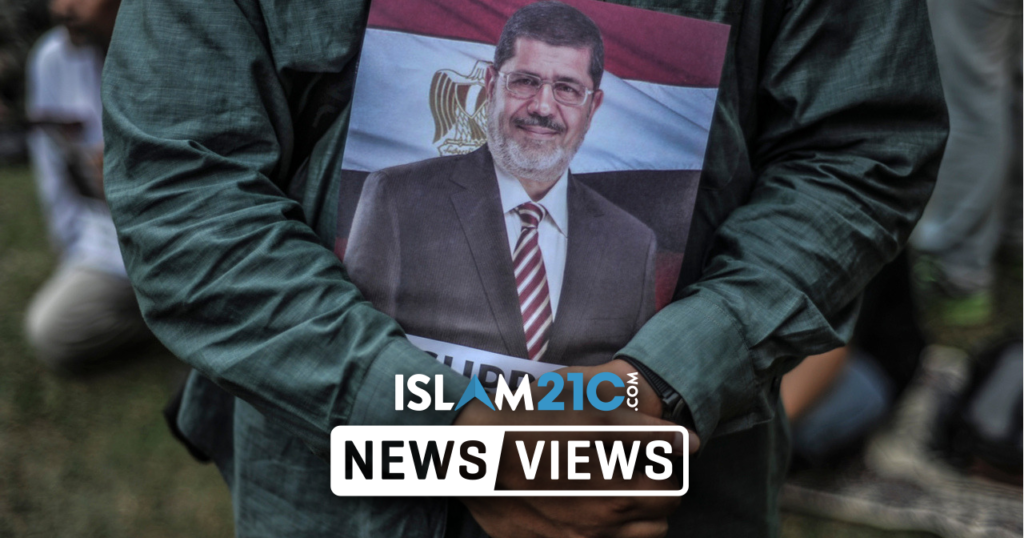 On 14th August 2013, at least 3,000 people were martyred when they peacefully took to the streets in support of their elected President.[1] These deliberate murders—labelled a massacre by many—were carried out by Egyptian ‘Security’ Forces, which killed the people whom it was mandated and entrusted to protect. The orders to carry this out came from top-down to cowardly ‘crack down’ on peaceful protesters demanding the return of the legitimately elected president of Egypt – President Mohamed Morsi, following the military coup.

Civilians had been carrying out sit-in protests at two camps, one located at al-Nahda Square and another larger one at Rabaa al-Adawiya Square for over six weeks, demanding the release of the President after he was abducted by the then ‘Commander-in-Chief’ of the Armed Forces.

The world watched on and the western media is said to have tried to somehow ‘legitimise’ the massacres as it was targeting so-called ‘Islamists’. The heroes and the victims on the day were the protesters, but, the non-stop smear campaigns carry on to disguise them as some kind of ‘terrorists’. The protesters had to meet with live rounds of gun fire directly aimed at their heads. So, who were the ‘terrorists’? The unarmed ones or the ones firing live rounds at those protesting for the restoration of constitutional order and the ending of suppressive military regimes?

Until now, there has been no investigation by the Egyptian Government into the massacres, let alone the serving of due justice to the perpetrators. Furthermore, a series of arbitrary ‘arrests’ – rather abductions – were carried out. In an attempt to subjugate and discourage dissent, theses arrest targeted protesters and the family members of the protesters, some as young as 13.[2]

In the aftermath of the massacres, the self-imposed Egyptian authorities arrested many leaders from the elected party and many other opponents. What followed were a series of show trails that sentenced over 1,000 to death, among other persecutions. In fact, a 3-year old boy was even “accidentally” handed down a death penalty by the court for allegedly killing four people![3]

These massacres would be considered ‘War crimes’ if they had happened in a state of war, let alone in a civilian environment, such as this case.

Musab Elshamy was a talented photojournalist in his 20s, he was killed during the Rabaa massacre. Musab’s mother told Anadolu Agency in Sudan that her son “was honored and blessed to fight for the truth.” She said, “He pursued martyrdom and Allah gave it to him.” She added: “He was so precious to me, but Allah is more precious to me. If it was necessary to sacrifice ourselves for Allah, we would not hesitate.”[4]

In a show of defiance, she further stated that, “Despite all of this, neither me nor any one of my family feel regret. We all say Allah is on our side.”

We ask that Allah (subhanahu wa ta’ala) grants all those who were killed unjustly Jannat al-Firdaus and that He brings about much greater good for their people in this world and the next.