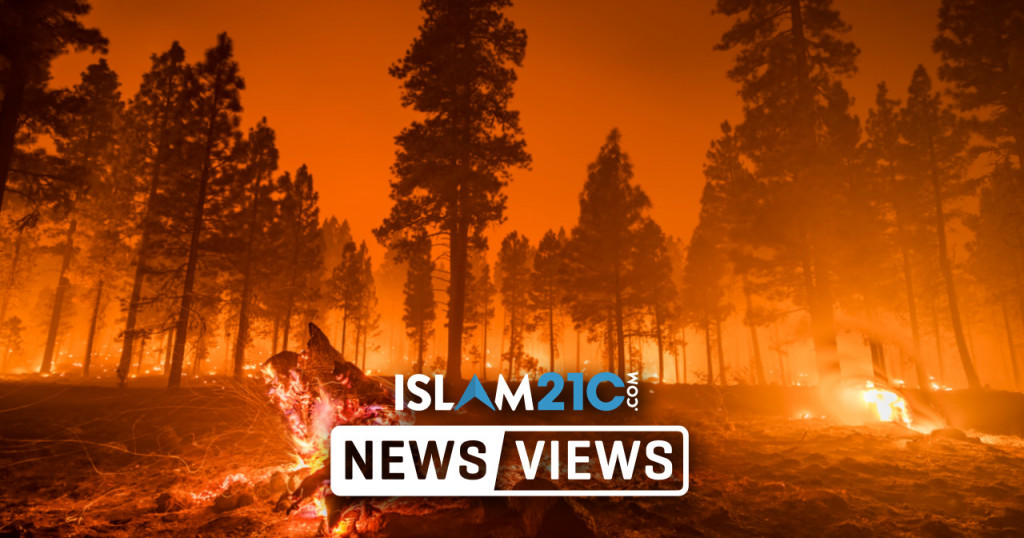 A new climate change report published by the UN’s Intergovernmental Panel on Climate Change (IPCC) has been described as a “code red for humanity” by the UN Secretary-General. The report states that the world edges closer to reaching a dangerous elevation of 1.5 degrees Celsius in average global temperatures within the next two decades. This shocking projection comes after the backdrop of an unprecedented number of wildfires that are wreaking havoc across the world in recent weeks. [1]

“The alarm bells are deafening…This report must sound a death knell for coal and fossil fuels, before they destroy our planet.” [1]

However, Guterres ended his statement on an optimistic note:

“If we combine forces now, we can avert climate catastrophe. But, as today’s report makes clear, there is no time for delay and no room for excuses. I count on government leaders and all stakeholders to ensure COP26 is a success.” [2]

With the upcoming UN climate talks scheduled to take place in Glasgow later this year, the report has been met with apprehension by governments and campaigners alike. In the present, wildfires continue to burn in North America and Europe, destroying vast swathes of land and killing dozens in their midst. To this end, the IPCC’s report has warned that the last five years were the hottest on record since 1850.

“[It] confirms what we already know…that we are in an emergency…We can still avoid the worst consequences, but not if we continue like today, and not without treating the crisis like a crisis.” [3]

Alluding to the upcoming 2021 United Nations Climate Change Conference, UK Prime Minister Boris Johnson said that the report was “a wake-up call for the world to take action now, before we meet in Glasgow”. [1]

Furthermore, Johnson’s American counterpart Joe Biden stated on Monday via the social media platform Twitter that there was no time to waste in addressing the climate emergency.

We can’t wait to tackle the climate crisis.

The signs are unmistakable. The science is undeniable. And the cost of inaction keeps mounting.

A rise of 1.5 degrees Celsius is widely seen as being the acceptable limit; within this range, human civilisation will be able to adapt to climate change without having to resort to implementing urgent or drastic measures. However, a figure in excess of 1.5 degrees can have dangerous consequences. Scientists have long argued that an increase of over 1.5 degrees could irreparably damage ecosystems and significantly affect food security, towns and cities, carbon removal, and the Earth’s natural resources. [4]

Algeria has experienced a number of devastating blazes in its province of Tizi Ouzou, with at least seven reported dead and two seriously injured in forest fires that have raged since Monday. The North African state has been struggling to cope with the enormous fires, with Al Jazeera reporting that a minimum of 19 fires have spread across 14 provinces of the country so far. [5]

In Russia, there are reports of at least 155 blazes ongoing in Siberia. In Greece, the scale of fires was virtually unprecedented and unheard of. According to the European Forest Fire Information System, from July 28 to August 7 close to 140,000 acres of land have been scorched. The average area burnt over the same period between the years of 2008 and 2020 was a relatively small 4,200 acres. [6]

While global temperatures continue to steadily rise, numerous other countries are continuing to battle blazes, with the likes of Turkey, Canada, Italy, and the US exerting their best efforts to contain dozens of infernos. In the state of California, the so-called Dixie Fire – named after the road on which it started around a month ago – has engulfed an area larger than Greater London and almost double the size of New York City. It has been categorised as the single largest wildfire ever recorded in the Golden State’s history. [7]