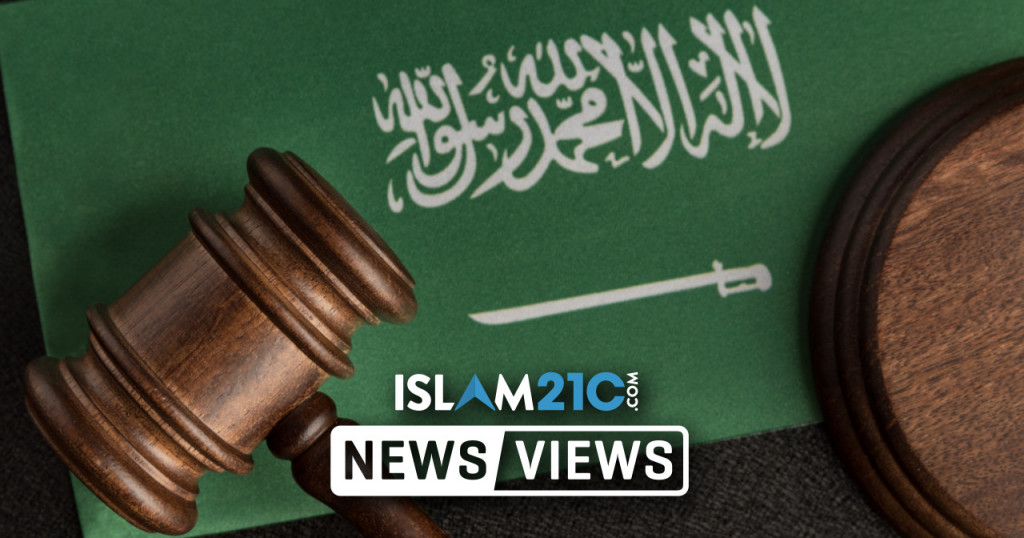 A Saudi criminal court on Sunday handed down judicial sentences to 69 Palestinians and Jordanians. The individuals in question are reportedly accused of being members or supporters of the Palestinian Islamic Resistance Movement, better known as Hamas. Concurrently, the court reduced or ended a number of sentences for other prisoners. [1]

According to a 2020 report published by Human Rights Watch (HRW), the group of men had been detained in Saudi Arabia since their March 2018 arrest, apparently due to their alleged connections to an unspecified “terrorist” organisation. Notably included in the collective of those charged is 82-year-old Mohammed al-Khudairi, a former veteran Hamas representative. He had previously spent two decades as the liaison between the Saudi government and the Palestine-based resistance group. Al-Khudairi was earlier this year treated for prostate cancer, and had been recuperating after having surgery in February.

In a statement, Hamas expressed its disbelief at the development, saying: “We were shocked with the rulings issued by Saudi Judiciary against the Palestinian and Jordanian brothers who are living in the Kingdom.” [2]

The armed resistance group further sought to defend the accused and castigated the Saudi court for its rulings. It did so by issuing the following statement:

“Those brothers did not commit mistakes to get these harsh and unjustified sentences or even to be brought to court. All they did was support their cause and their people without any abuse to the Kingdom or its people.

“As we welcome the acquittal of a number of the prisoners, we condemn the harsh sentences against most of the others.” [2]

With the death of Saudi King Abdullah bin Abdul Aziz in 2015, the throne immediately passed to the next eligible son of Ibn Saud, Salman bin Abdul Aziz. While Salman is the formal figurehead in Saudi politics, his son Mohammed, more commonly known by his initials MBS, is the de facto leader of the oil-rich Gulf nation. Since 2015, under his leadership, the government has been upping the ante against any so-called “extremists”. In reality, this has meant the silencing of all forms of political opposition.

Moreover, the notorious Crown Prince Mohammed bin Salman is widely believed to be the mastermind behind the heinous 2018 murder and butchering of Saudi journalist and government critic Jamal Khashoggi (raḥimahu Allāh). [3]

While claiming to have the desire to bring Islam into the 21st century, the 35-year-old MBS has in fact made clear his intent to water down the religion. While he claims that he is a champion of “moderate Islam”, in actual fact he has detained several influential and respected Islamic scholars. [4]

Earlier this year, in a widely criticised move, the Saudi government announced that it would set a limit for the use of speakers at mosques, stipulating that the sound be no higher than one third of the maximum volume whenever the adhān (call to prayer) is made. [5] The Saudi Islamic Affairs Minister Abdullatif al-Sheikh claimed that citizens had complained that the adhān disturbed the sleep of children and the elderly. In implying that there is no actual need for the adhān, he said:

“Those who want to pray don’t need to wait for…the imam’s voice. They should be at the mosque beforehand…”

WATCH: Saudi Crown Prince Mohammed bin Salman promises to imprison and kill those with 'extremist views', in an interview seen by many to alienate the country's religious leaders and justifying crackdowns on dissidents and critics pic.twitter.com/shhzi58VmY

Over the last few years, the Saudi authorities have arrested scores of scholars and activists in what is seen as a significant shift in internal policy led by the crown prince.

In recent times, the Saudi authorities eased some other restrictions such as a decades-long ban on female drivers and public entertainment. In addition, a royal decree allowed Saudi women to travel abroad without a male guardian’s permission. [6] [7]