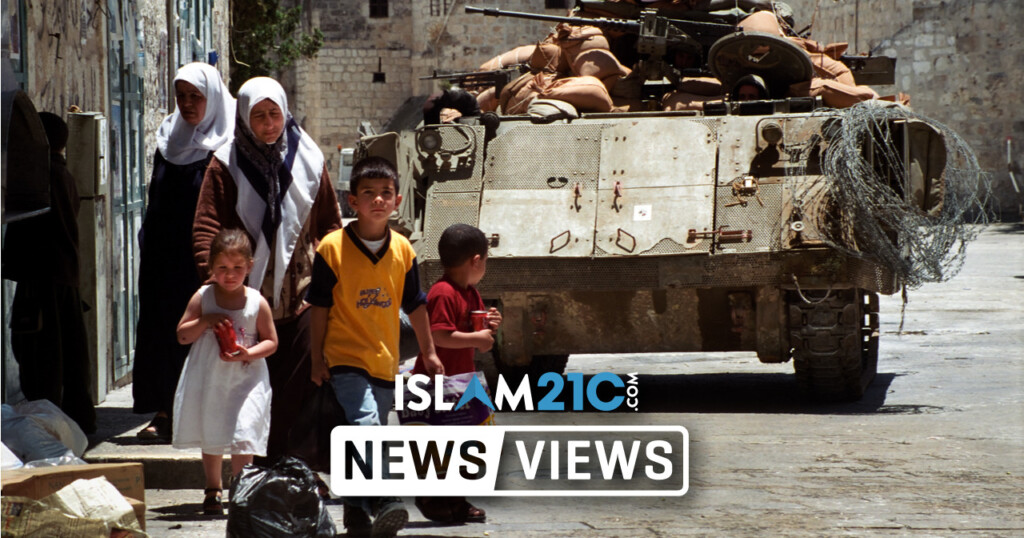 The Palestinian Health Ministry has reported that Israeli occupation forces on Friday shot dead a Palestinian man in the village of Beit Dajan in the West Bank. [1]

According to a Reuters photographer, Israeli soldiers began firing live rounds at a group of Palestinians who had approached a so-called ‘wildcat settlement’ – illegal Israeli settlements within Palestinian land that the Zionist state itself does not recognise.

The Palestinian Health Ministry confirmed, “A citizen who was shot in the head with live ammunition died.” [2]

The mayor of Beit Dajan, Abdelrahman Hanani, said that the man killed during clashes between protesters and troops was 42-year-old Atef Yussef Hanaysheh.

“The soldiers fired when we approached a wildcat settlement near the village.” [3]

In the West Bank, it is common for some Palestinians to take the opportunity on Fridays to protest against the 54-year-long Israeli occupation of the region and to resist against the continued development of further illegal homes on their land.

The Israeli military released a statement that acknowledged the death of “a” Palestinian, but suggested that it does not yet know the “cause of the injury”. The statement claims that “Dozens of Palestinian rioters hurled rocks”, which soldiers responded to by engaging in “riot dispersal means and by firing into the air”.

The statement goes on to say:

“We are aware of reports regarding a Palestinian casualty. The cause of the injury is still unknown. The incident is being examined…” [3]

Throughout the Palestinian territories, there are estimated to be around 500,000 illegal Israeli settlers sprawled across land that belongs to the Palestinians but which ‘Israel’ claims to have historical and biblical ties.

The Israelis have essentially become a metaphorical invasive species in the Palestinian West Bank. There have been times when settlers have been ‘granted’ powers to stop and request that Palestinians provide ID, going as far as to have the power of arrest against them. [4]