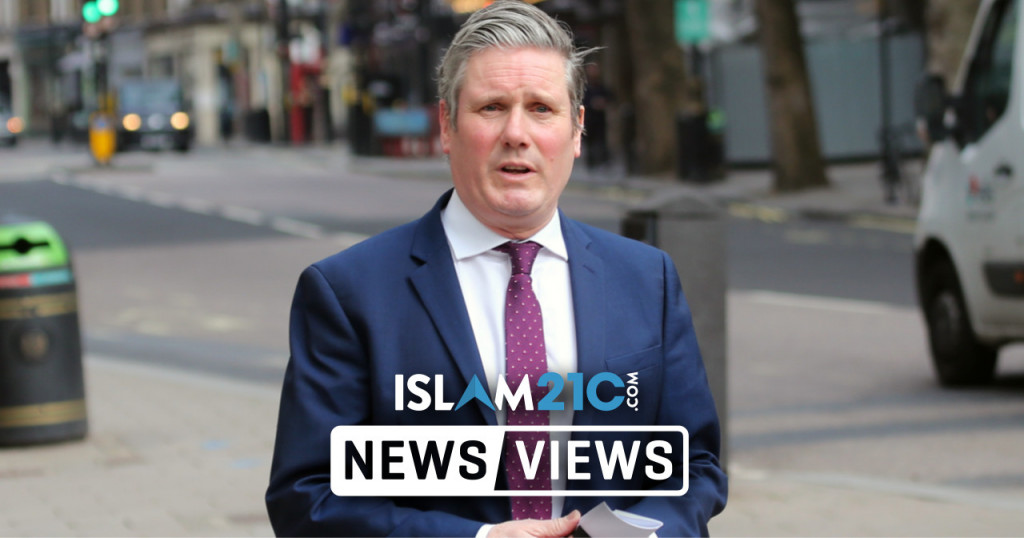 The leader of the Labour Party, Sir Keir Starmer, has come under fresh criticism after pulling out of a scheduled virtual attendance at an inter-faith Ramadan iftar event. Starmer’s decision to do so allegedly followed an article by The Jewish Chronicle and criticism by the Board of Deputies of British Jews who cited a tweet by one of the organisers of the iftar supporting the boycott of Israeli dates from occupied Palestine as part of the wider BDS (Boycott, Divestment, and Sanctions) initiative.

Israel is the world’s largest exporter of dates, with over $200 million worth of sales in 2020 alone. However, many of the dates are grown in the occupied West Bank, particularly in the Jordon Valley.[1]

Tal Ofer, deputy at the Board of Deputies, tweeted on Wednesday: “Glad to see that after I raised up (sic) this issue, Keir Starmer withdrew his participation at the event. That’s the correct decision!”[2]

Starmer’s anti-BDS position seems to put him at odds with the majority of his party, given a recent YouGov poll found that 61% of Labour members supported BDS.[3]

There is also a sense of growing alienation within sections of the Labour Party at Starmer’s position on Palestinian rights. This was highlighted by 25 British-Palestinian Labour members who wrote to the party leader raising concerns about the “hostile environment” for Palestinians under Starmer.

“Some of us have been members of the party for decades under different leaders and never have we experienced a party environment so hostile and unwelcoming to us as it has been since you took over its leadership.”[4]

The letter by writers such as Nadia Hijab and academic Ghada Karmi was sent in mid-March and is yet to receive a response from the Labour leader, who describes himself as a “Zionist without qualification”.[5] Karmi has previously said that “Starmer’s silence on Palestinian solidarity day speaks volumes.”[6]

The Muslim Association of Britain commented:

“Boycotting goods grown, processed or packaged on illegal settlements that are built in contempt of international law is not contentious in any way.

“The demonisation facing those who campaign for the rights of Palestinians must end and the right to boycott must be protected, not punished. We stand in solidarity with all activists, organisations and individuals who support Boycott, Divestment and Sanctions (BDS) and we urge Sir Keir Starmer to urgently review his position regarding this important issue to bring it in line with international law.”[7]

The Board of Deputies is an esteemed mainstream Jewish organisation which has previously championed Uyghur Muslim rights, so it was surprising when a tweet by the host of the iftar in support of CAGE was flagged as concerning. The tweet read: “Time for those who stand for the values of justice and liberty to support UK Cage and not be intimidated by the powers that be.”

Some Muslim organisations will be asking if they are required to submit themselves to the Board of Deputies for a stamp of approval. Others who may want to support CAGE in rattling some more cages will be keen to offer financial support to the advocacy group during a month in which Muslims are famous for their generosity.

Sign the petition here to demand a clarification from Sir Keir Starmer as to why he is undermining Muslims and any one else who is seeking justice and redress for the Palestinian people.