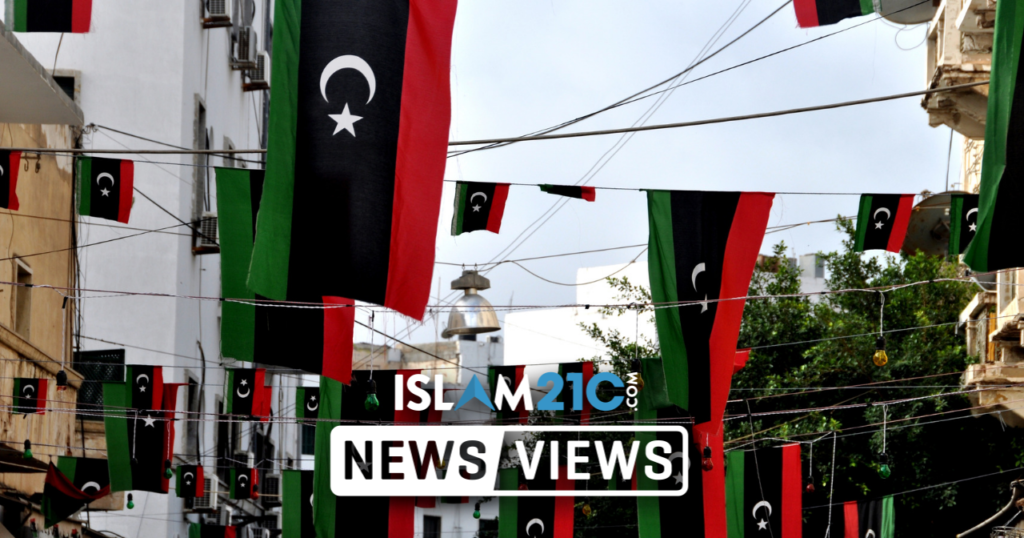 The ex-CIA asset and head of the so-called ‘Libyan National Army’ (LNA), [1] Khalifa Haftar, has suffered another heavy setback as the internationally recognised government of Libya regains control of another key town amid the recent capture of several Haftar strongholds.

In his pursuit to rule all of Libya, the brutal military commander has led military assaults across several cities within the country. However, the UN-backed Government of National Accord (GNA) has made steady progress in its campaign against the militias of the Benghazi-based warlord, destroying vital supply routes and infrastructure whilst gaining the support of local communities.

In the battle for the war-torn country, the GNA on Saturday recaptured the tactical town of Bani Walid from the militias of Haftar. This latest advancement comes only a day after the GNA captured Haftar’s last stronghold in north-western Libya, the city of Tarhuna. [2]

Mohammed Gnounou, a GNA military spokesman, said in a statement:

“Our heroic forces entered the city of Tarhuna from four axes and reached the city centre … and they gave the Haftar terrorist militia a lesson they will not forget.”

Haftar began a military assault in the Libyan capital Tripoli in early April last year in an attempt to capture the city from fighters loyal to Prime Minister Fayez al-Serraj’s GNA. [3]

With this series of battlefield defeats, Tarhuna imposes a major defeat to Haftar, causing his 14-month offensive on the capital Tripoli to collapse. Tarhuna was a major supply base for Haftar’s militia and a launch pad for their attacks against Tripoli and other government-controlled cities and towns.

The GNA has the backing of the UN and is internationally recognised, following the Libyan Political Agreement signed in 2015. It recently accepted an offer from Turkey for logistical and military support, which has been successfully resisting attacks and advancements as it seeks to deter inhumane offensives led by forces loyal to the Libyan renegade military commander Haftar. [4]

“We had a national program. We worked for it and we have established a real strategic partnership with the government of Turkey.”

“We were successful in this, and we repealed this aggression.”

In his quest for dominion over Libya, General Haftar is supported by the UAE, Egypt, and Saudi Arabia. The three states have heavily supported Haftar and his forces and are reported to have financed his ‘LNA’ with both money and military supplies. The states have also been responsible for carrying out several airstrikes in Libya. [6]

The UAE has also been contracting its airstrikes in Libya to the private security company ‘Blackwater’, which was proven to be responsible for a number of massacres in Iraq, including one that killed and injured around 40 civilians. [7] [8]

Libya has been in a state of anarchy since the NATO-backed overthrow of the long-time authoritarian ruler Muammar Gaddafi in 2011. The humanitarian situation in Libya has severely deteriorated since Haftar’s assault on the country, with scarce supplies of food and medicine running out. [9]

With no pressure on Haftar from his Egyptian and Emirati backers that work with him militarily, nor from the international community, the prospect of Haftar halting his military campaign in favour of dialogue and reconciliation seemed increasingly dim. However, the series of recent military victories against Haftar’s forces will help liberate the entire country soon.