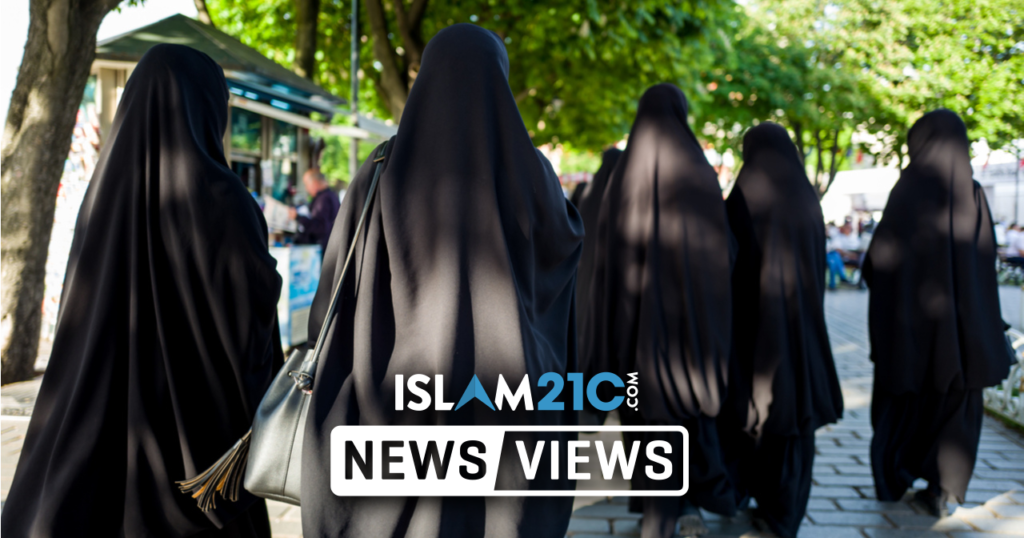 After the Sweden Democrats proposed a bill in 2018 to go “against the full-covering Muslim veil in all public places”, the local council in southern Sweden, Skurup, introduced a ban on “religious headgear” in primary schools and preschools.[1]

Following this decision, non-Muslim teachers and staff have adopted the headscarf and, in some cases, donned the whole face veil (also known as ‘niqab’) to show their support for their Muslim students.

Marit was one of six non-Muslim teachers to show their support, saying:

“The students get excited when they see that we also have veils. They feel that we support them.”[2]

This action has been taken as a protest against the local council’s decision, but also an objection to ‘ban the burqa’ all over the country.

The chair of Malmo’s Young Muslims, Tasnim Raoof, argues that the ban denies “Muslim women’s right to their…democratic freedom of choice.” After the Skurup council implemented the ban, Raoof went on to say, “this criminalises Muslim girls.”[3]

The burqa ban in Skurup has allowed a new ripple of racism and hate to take place, which in the wider scale will eventually become a wave that is spread across the whole of Sweden. This ban is not something new, as we have seen the same thing happening in many other countries across Europe such as Belgium, France, Denmark, and Austria.

Most notably, Non-Muslim women went out of their way and risked their safety to fight against this ongoing marginalisation of Muslim women.

Mattias Liedholm, the headmaster at Prästamosseskolan School, disagreed with the decision, stating that neither he nor his fellow colleagues will support the ban.

“Neither I nor any of my colleagues will enforce it. Then it becomes a matter of personnel for the municipality to handle.”

Similarly, New Delhi, India, has seen the rise of a similar initiative, whereby women of different faiths wore the headscarf due to the citizenship law “singling out Muslim women.” A demonstration took place at Jantar Mantar where all women came out peacefully in solidarity with Muslim women, many of whom were specifically being targeted by the police, sending a clear message to both the police and government that it is not acceptable to specifically target Muslim women who are peacefully protesting the Citizenship Amendment Act 2019.[4]

In light of these events, it is important for Muslim women all over the world to stay strong in their faith at a time where their home and neighbouring countries are legislating the removal of that which promotes their identity as Muslims.

As Allah says in the Qur’ān:

“And we will surely test you with something of fear and hunger and a loss of wealth and lives and fruits, but give good tidings to the patient, who, when disaster strikes they say, ‘indeed we belong to Allah, and indeed to Him we will return.’ Those are the ones upon whom are blessings from their Lord and mercy. And it is those who are [rightly] guided.”[5]

Thus, have patience and know that this suffering is a trial, have complete faith in your Lord and know that He will grant you ease in your difficulties.